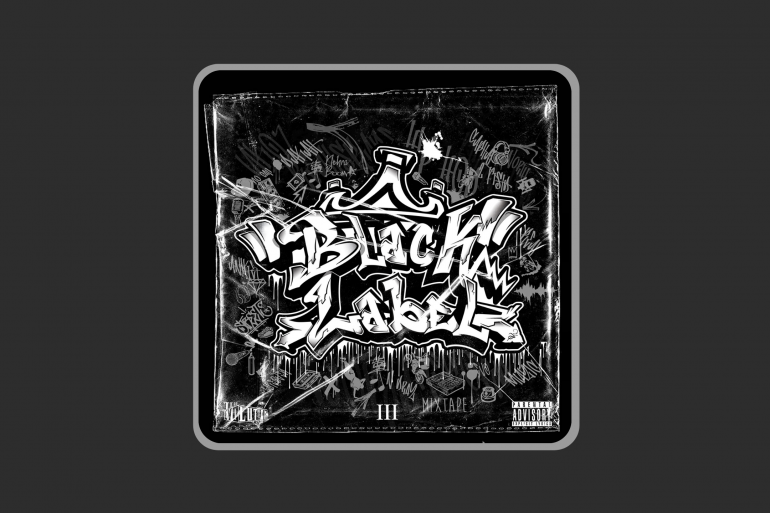 With the final Black Label Mixtape, Dehradun hip-hop crew is ready for the future

Dehradun rappers Dakait Shaddy, Aniket Raturi and 2 FISTD delivered the third instalment of their bi-lingual Black Label Mixtape trilogy earlier this month, rounding off an expansive celebration of life, in the hills and on the streets, over 24 tracks.

Self-produced and released via performing arts collective Team Evolution India, Black Label Mixtape – III is studded with confident collaborations including a Sez on the Beat feature. The 8-track mix clocks in at a modest 25 minutes, glossing over familiar themes and retaining the fire, flow and flavour of the previous two tapes which contained such hits as ‘Bawa Bajte Hain’, ‘Aake Puch’, ‘Black Label Cypher’ and ‘Chalte Chalte Reh’.

The opener ‘Dekh Bete Dekh’ crackles with the same energy, featuring Bombay rappers Sledge and Sammohit of Aavrutti hip-hop quartet, and a fiery music video to boot. Blending Garhwali and Bombaiya Hindi, the track kicks off the mix by raising a toast to all those who dare to dream, a recurrent motif in the songs that follow. The rhymes indulge in giddy playfulness and predictable braggadocio with perfectly balanced couplets like “Pooche ke aage beta kya karoge / naak mein dum karunga rapperon ke.”

‘UK Se Bombay’ revolves once again around the cultural bridge connecting the northern valley to the west coast. With assists from members of Bombay crew Dogz Music this time, the verses are littered with puns, punchlines and barbs that make your jaw drop and ears perk. The rappers embellish the track further with local and pop-culture references to reflect their states of mind. But use Wu-Tang one time too many – and on two consecutive tracks – it gets reduced to nothing more than syllables to deliver, perfectly on the beat but in a variety-less monotone.

Dakait’s hyperactive motormouth blurt and Raturi’s unembarrassed heart-on-sleeve honesty is on full display on the third track ‘Hatyare’, where both MCs get down to business. The more “krantikaari” of the tape’s offerings, the track pulls the artists out of their thematic comfort zone, resulting in a few great verses. The lacklustre production, however, pulls focus away from the rare moments that Raturi and 2 FISTD play around with the rhyme scheme towards the end. By then, you may have already given up and moved on to the Sez feature lined up next.

In terms of production, ‘Chalne De’ is the record’s strongest point yet, with a mean hook and bop-worthy trap beats. Besides Sez’s work at the production table, it also features Team Evo’s N Draz on vocal duties. From this point onward, the mood of the record lightens considerably. Some of the hooks stick while others are uninspired, scoring high points mostly for their energetic delivery or seamless flow.

‘Get It’ featuring Nix on the Beat and Thug Angel is of the former kind, destined to be a sleeper hit. Rapping effortlessly with clear diction and a confident aesthetic, he brings his A-game on ‘Get It’, reminding fans of his work on ‘D MAX‘ from the 2019 compilation Meri Team. It is also a breather after the high-adrenaline ‘Chalne De’ and before Raturi’s hard solo cut ‘Fact Check’, allowing Aniket Yadav, better known as 2 FISTD, to take the rare lead.

On the penultimate ‘Baje Sab’, we get another groovy mid-tempo track about partying in the hills, where twenty-somethings Dakait and Raturi throwback to the time when they were kids on the back of a scooter, daydreaming of Porsches. There’s a flute sample that opens the song and outlines the chorus, to the delight of any Future fan. The song also features one of the most honest outpourings in the entire mixtape with Raturi spilling how his heart resides in the depths of these valleys.

Throughout the record, Raturi’s writing follows closely in the historic tradition of rappers singing about their mothers and measuring success using the metric of “gaari-bangla-makaan” and it somewhat helps bring the trilogy’s themes home. On DJ Pummy’s club edit of ‘Breaking Bottles’, the breakout hit from Mixtape I, this wistfulness helps put Dakait’s energy, 2 FISTD’s visions and Pummy’s beats in a final perspective.

Even though BLM-III is meant to be seen in conjunction with parts I and II, it holds better as a standalone mix, with the tape’s strength lying in the new atmosphere, the collective’s history and the symbology of its titular beverage. It has all the hallmarks of Dakait’s breakout Meri Team hit ‘Azadi‘, where the concept of freedom was likened to the idea of personal liberation, contained within the exhilarating high that adventure lovers can relate to. And adventures, as we ought to know by now, are a big part of the Dehra life and Team Evo’s culture.

Listening to the entire trilogy at one go can also get a bit tedious, owing to the uneven production and the fact that all three tapes pull from the same energy core as their predecessors. That said, Black Label Mixtape is a strong and ambitious project that will shed light on what’s working and what isn’t, in time for their future full-length. The end of the Black Label Mixtape era only suggests a new beginning.