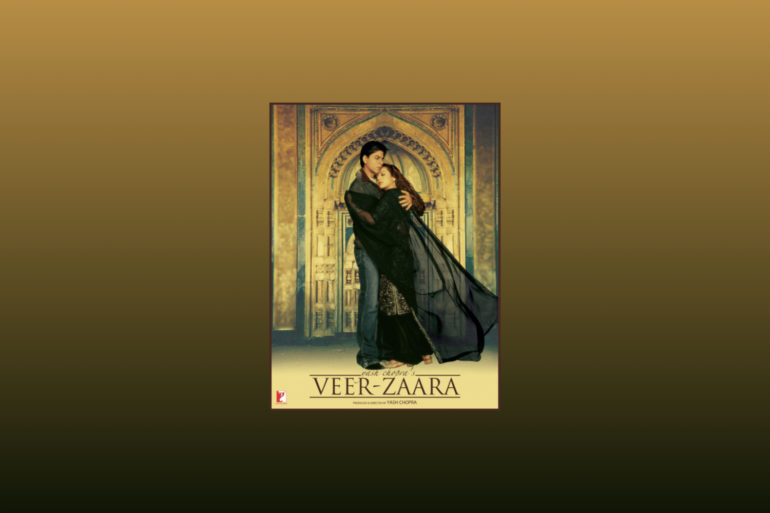 Veer-Zaaras soundtrack continues to stand the test of time

Commercial music has always been formulaic. It takes a certain level of pragmatism to fix something that is not broken. The late 90s and early 00s Bollywood music saw experimentation with synthesised sounds and emerging music production techniques, but it was stacking a dancey drum track over yesteryear sombre tunes which proved to be a revelation. Music directors couldn’t get enough of it. When the hysteria over remixes ran its course, directors bet their money on Sufi tracks led by Rahat Fateh Ali Khan and Kailash Kher to deliver surefire hits.

The last few years saw a rise in multi-composer soundtracks albeit comprising template songs. Today, songs that came out only one or two years ago are being rereleases with little to no little variation and go on to form the backbone of a film’s “music album”. AR Rahman believes that film music is being viewed as a commodity, while Pritam is of the opinion that this new multi-composer format with a few remixes is the new norm now. A profitable trend will find takers. But the latest trend always gets saturated, be it uninspired remixes or mellifluous Mohit Chauhan-led songs. There also come a few anomalies, sometimes they’re inventive Rahman albums and sometimes its a new composer on the block with a fresh and exciting style.

Veer-Zaara was one such anomaly, but utterly different from a usual forecast. Its presence in the Hindi film music timeline is unique. It went back to the past, literally, and gave us film music that showed that while we evolve and modernise, we have to stay in touch with our roots.

In the time of forced confinement, everyone is trying to understand the basics, to get in touch with their roots, and find their centre. If there is a Hindi film music equivalent of “find your centre”, especially in the last three decades or so, Veer-Zaara’s music is exactly that, and it will continue to be a pertinent example for years to come.

“Jo geet main aapke saamne pesh kar raha hoon, woh sab sureele hain, Hindustani hain aur jazbaati hain (the songs that I will present in front of you are all melodious, Indian and emotional),” says Madan Mohan in the Making of the Music of Veer-Zaara. Sureele (melodious), Hindustani (technically just Indian, but arguably with a slight classical or semi-classical touch) and jazbaati (emotional) is a formula that will never go out of vogue.

In 2004, the music of the film was received with a sense of relief and reviewers talked about how it “brings back the nostalgic memories of melodies that pluck strings at heart with their pure form and content” and how you should listen to the album “if you are tired of remixes, synthesised sound and want to listen to the magic of real instruments”.

Yash Chopra, who was putting on the director’s hat after seven years, sought music, music that had a strong melody line with acoustic instruments – like that of the 60s and 70s. He didn’t find the right fit in some of the contemporary composers he met. As luck would have it, the then CEO of Yash Raj Films Sanjeev Kohli informed him of the existence of a whole treasure trove of unused recordings and compositions that his late father, Madan Mohan, had left behind. The director asked Kohli to shortlist 30 compositions and create dummy tracks, with lyrics and musicians. Yash Chopra and writer Aaditya Chopra listened to the combined work of the father-son duo and found what they were looking for. After roping in Javed Akhtar to write for these tunes, a collection of 11 soulful, “evergreen” numbers varying from a rich collection of love songs to emotional tracks to a patriotic tribute, folk songs, a qawwali, a folk song and a ghazal was put together for the screenplay.

All Madan Mohan tunes are made for Lata Mangeshkar, and both Yash Chopra and Kohli echoed that feeling. The legendary combination that gave us ‘Lag Jaa Gale’, ‘Aapki Nazron Ne Samjha’ and ‘Tera Saaya’ was serendipitously going to come together again after decades. Mangeshkar was the only female playback singer (apart from Pritha Majumder who has a small part in ‘Aisa Des Hai Mera’) and features in nine out of 11 tracks. This plays a vital role in the nostalgia factor of this soundtrack.

There is a stunning variation on the album, a result of the legendary film director’s vision. The album seems to have a track for every occasion and feeling. But notably and strangely enough, the song on self-love stands apart. On ‘Hum Toh Bhai Jaise Hain’, Javed Akhtar wrote the anthem on self-care before it became internet cool. It is different from everything else on the album, and Madan Mohan admits, unusual from his general style and repertoire. It stands out, and yet the distinctive heart and emotion in the raw melody are present.

The shared heritage of Punjab is a theme in Veer-Zaara, explored equally through the music and the film. In this context, the usage of Punjabi folk songs as interludes (primarily on-screen) is fitting. ‘Aisa Des Hai Mera’, a tribute to Punjab liberally uses three Punjabi folk songs as the track’s three interludes. ‘Laung Gavacha’ briefly pops up in ‘Main Yahan Hoon’.

Despite the album’s impressive range, its spine is the ballads that are seeped in pain, romance and nostalgia. Lata Mangeshkar, along with Roop Kumar Rathod in ‘Tere Liye’, with Udit Narayan in ‘Main Yahaan Hoon’ and ‘Yeh Hum Aa Gaye Hain Kahan’ and with Sonu Nigam in ‘Do Pal’ and ‘Kyon Hawa’ fills hearts and souls with love and hope.

The composer believed that people tend to forget even a remarkable ‘happy’ song after a few months. Still, an emotional, pathos-filled track lives through the ages. Which is perhaps why ‘Tere Liye’ (that he hummed to the lyrics of Ghalib-Gulzar’s famous ‘Dil Dhoondta Hai’) and ‘Do Pal’ remain two of the most popular songs of the album.

The usage of violins, woodwinds, French horns, mandolins, flute showcased a stark contrast to the films that were released at the time. Compare Veer-Zaara’s music to some of the Filmfare nominees of that year – Main Hoon Na, Dhoom, Murder – and perhaps the adulation for the classic, pure, and ‘Hindustani’ can be understood further.

“Aap jis taraf jaaein, shor hi shor hai…inse door bhaagna aajkal bad mushkil sa maaloom padta hai”, laments Madan Mohan in one of the recordings on the Making of the Music of Veer-Zaara, about everyday humdrum and noise from people, traffic and violence. A timeless problem that has cruelly found a solution in 2020 as we sit by ourselves, forced to think, forced to ponder. The “fursat ke din” (days of leisure) Ghalib, Gulzar and Madan Mohan have written and sung about are here, and yet, we chase the noise. In such a conflicting time, when phrases like ‘be centred’, ‘find your roots’, ‘perspective’ are liberally thrown around, Veer-Zaara’s music becomes a perfect companion.