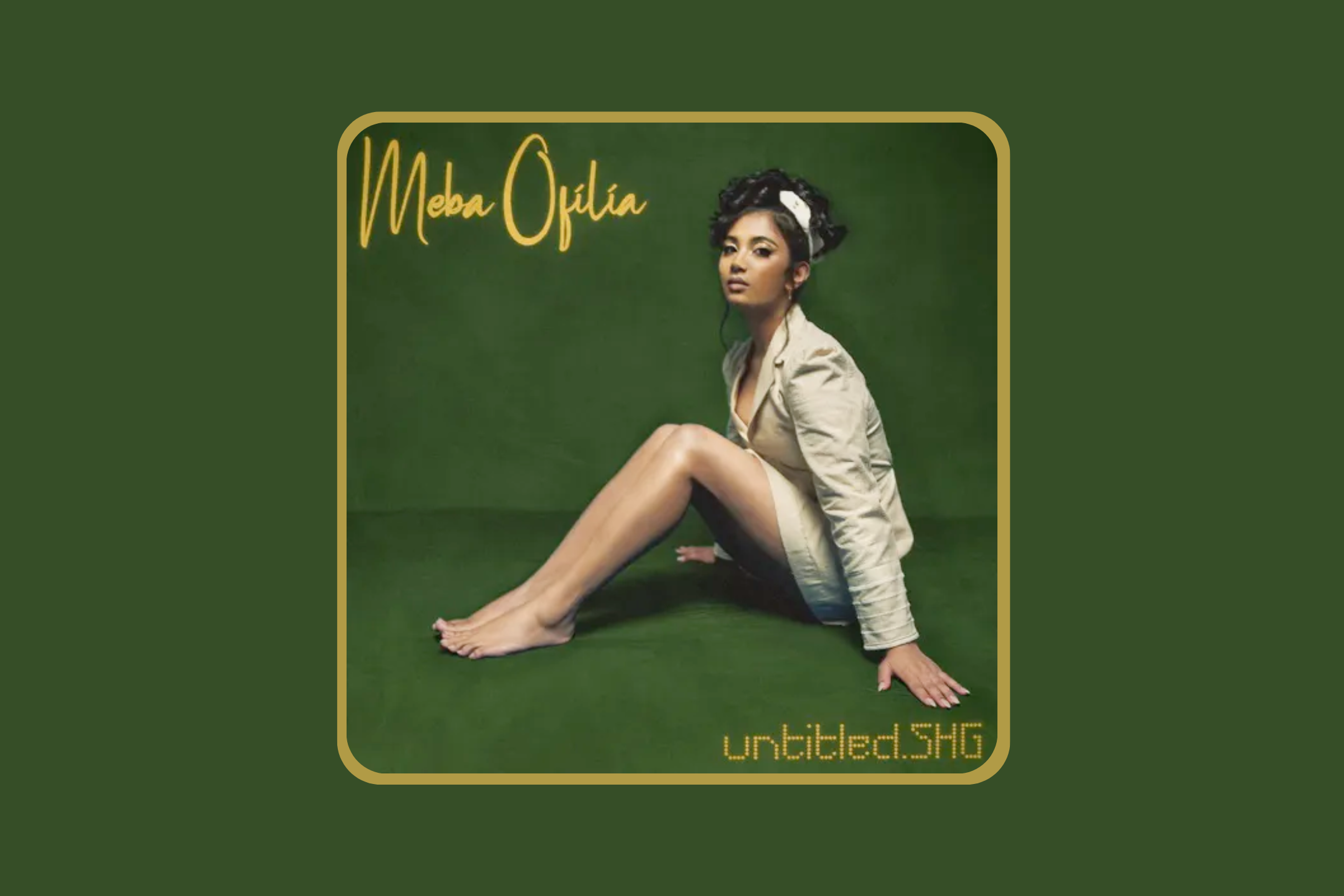 In the world of Indian hip-hop where everyone jumped into high demand in the post-Gully Boy culture industry, Shillong artist Meba Ofilia was among those to be thrust into the spotlight. After all, she and rapper Big Ri won the MTV European Music Award for Best Indian act (a confusingly placed yet worthy honor nevertheless for an independent artist) in 2018 and then Gully Boy in 2019 changed India’s understanding of hip-hop, making room for rappers from all regions.

With a few singles dropping along the way, Meba also took up branded projects with Raja Kumari, got called on by the Meghalaya Tourism department for a song called ‘Golden’ and racked up collaborations with Dee MC, Khasi Bloodz, Leo Boys, Shah Rule and jumped in for a cypher produced by Stunnah Beatz.

So she’s not been one who had to prove her place in Indian hip-hop by any means, but when she announced her album Untitled.shg, it was clearly the culmination of something that the singer-songwriter and rapper had been chipping away at for some time. Singles like ‘With Pleasure’ featuring Big Ri came out in April 2021, which was an earworm almost immediately. Even on the 10-track Untitled.shg, ‘With Pleasure’ still sounds like a breath of fresh air, powered by Meba’s hooks.

Meba sets the tone right from the start, rapping on the slinky opening title track, “I never grew up on the streets, but that doesn’t mean I’m good.” It provides that autobiographical start that tells us it’s not lazy to call your debut album Untitled, because it perhaps conveys the blank canvas approach that artists often take about their narratives. Through the course of 10 songs, she pretty much reclaims a lot of what she felt she lost control of – situations, emotions and her journey. She does this through a distinctly smokey Lauryn Hill/Beyonce/Aretha Franklin influence. That’s what makes ‘Best Behaviour’ cynical yet gentle in turns, anchored in producer adL aka Adiel Massar’s basslines and in-the-pocket grooves.

Money and material temptations (like shoes on ‘Most Days’) make Untitled.shg most relatable in a way that Meba speaks in the voice of a sneakerhead who’s brought to the desperate measure of deleting shopping apps from her phone. Stylistically, Meba has been known for hip-hop, pop and R&B/soul blend and clearly an album is the best vehicle to explore even further. ‘Jaded’ is coloured in hues of gospel, in which Meba is joined by Claudia Lyngdoh.

Openhearted as can be on her interlude (about the anxieties related to making an album, which is a love-hate relationship), the guitar strings usher in ‘Do You Care?’, a pointed reflection on personal vulnerabilities which Meba translates in a way that speaks to everyone about love, friendship, fame and even family. It’s a sleek hip-hop cut that intrigues but doesn’t exactly have the punch which you may anticipate.

To that end, if you’re expecting an energetic, crowd sing-along/jump-along song (or bunch of songs), Untitled.shg doesn’t really have it. The lead single and music video for ‘Feelings’ established that Meba is perhaps in writing focused, bedroom-oriented hip-hop that’s more introspective than anything else. It’s an invitation into an intimate space. The absence of a bombastic hip-hop song not a bad thing, because Meba is the most focused songwriter on this album, soaring the most on ‘Hearts At War’, which is a powerful, cinematic track. Even ‘Pulling Away’, produced by Cassidy Godwin, moves at a smooth pace but comes with a hook that’s a warning: “I can take your honesty, but if you bother me, I’m pulling away.” A guarded yet powerful way to speak on her own terms, which is what every good album is about.