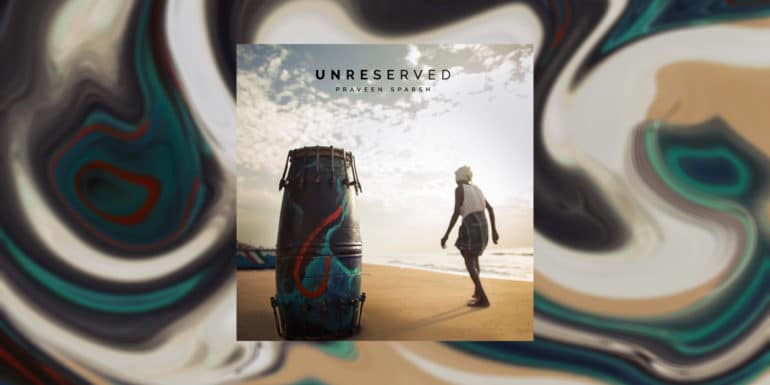 Praveen Sparsh offers a glimpse into his world on ‘Unreserved’

Tanjore K Praveen Kumar aka Praveen Sparsh is the kind of musician who will espouse Carnatic concerts with just a single mic and no monitors, but also knows how to weave everyday samples of trains and traffic (plus electronic music) into a mridangam pattern. Praveen Sparsh wants to go back to a traditional way of performance but also loves the dynamism that modern production can offer. It shouldn’t be surprising, because it’s 2019 and everyone can be a lot of things. Praveen has worked with T.M. Krishna, performed with Sid Sriram and is a regular on the Carnatic circuit.

While he’s pushing forward with his No’Mad Projekt to take live performances far and wide, his new record Unreserved proves his love for slick fusion. Over the course of five songs, Praveen – ever ready with a mridangam at his feet – navigates his way through electronica, fusion, jazz and more.

The title track that opens the record uses one of India’s favorite, perhaps underrated rhythmic sources – the trains trudging along rail lines across the country. Phasing the sounds of a station filled with vendors and other atmospheric sounds, Praveen brings in the mridangam with dexterity, making it an effortless combo. From trains, he moves to planes as his sample source on ‘Fly’, featuring violinist Shreya Devnath. There’s hectic blips and an electronic drumpad that Praveen’s percussion is bouncing off of, but Devnath’s violin portion changes the pace completely. It finds its way back into a super traditional Carnatic movement, with surprising ease. The outro portion with just a smattering of electronic beats and mridangam, however, hangs a bit too loose for a song that started out so well-paced.

‘Maya’ is that expectedly spaced-out electro-fusion vibe – think Karsh Kale but with a mridangam instead of a tabla, introducing suspenseful synth and percussive elements over the main instrument. Praveen brings back his love for everyday life samples – like motor vehicles honking – with konnakol and a few friends on the jazz-fusion ‘Savari’. Featuring trombonist Jonah Levine, trumpeter Aaron Janik, bassist Napier Naveen Kumar and additional brass arrangement from Susha Raja, this track still keeps the mridangam at the center, although only in the latter half.

It’s because Praveen gets some help along the way, Unreserved escapes having a singular focus, keeping things diverse. There’s birds aplenty heard on ‘Bird Song’, for which Devnath returns for a konnakol jam with Praveen. It’s certainly a pleasant song – of course it would be, with the amount of birds one can hear – and it makes Unreserved more about sonic storytelling than songwriting. In the fusion space, Praveen is as playful as is necessary, but perhaps more sonic experiments would have pushed the record into an even more diverse space. It’s something that the artist is completely capable of, given his past list of collaborations and features.