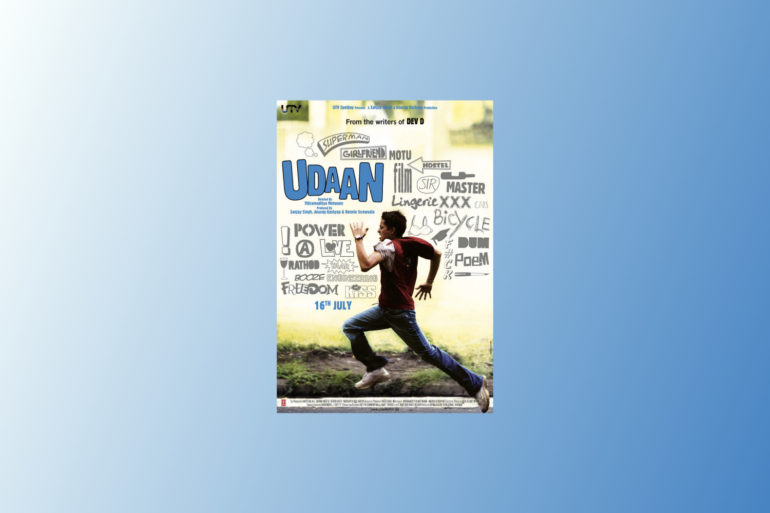 The flight of Udaan’s soundtrack continues to inspire dreamers

It’s been 10 years since Rohan Singh (played by actor Rajat Barmecha) broke free from his confines. While we watched the 17-year-old protagonist on our screens, fighting all odds and an emotionally volatile father in quest of his true calling, the film’s soundtrack perfectly captured his journey. On July 16, 2010, Udaan arrived as a coming-of-age story with dreams in its eyes. A decade down, the album continues to be the wind beneath our wings.

Led by the musical partnership of Amit Trivedi and Amitabh Bhattacharya, Udaan was a continuation of the duo’s knack of telling great stories through film soundtracks. Their first collaboration saw the light of day with the Aamir soundtrack in 2008. As Rajeev Khandelwal played the titular character, trapped in Mumbai’s murky lanes and religious extremism, Trivedi’s sonics and Bhattacharya’s pen set the tempo for this tale. Their realms of experimentation were widened on Anurag Kashyap’s psychedelia-dipped Dev D and mainstream acclaim came knocking on Wake Up Sid’s idyllic ‘Iktara.’

From being in a college band, making advertising jingles, music directing for theatre, composing for Indian Idol winner Abhijeet Sawant’s album Junoon to finally having his stamp on the freshest albums in tinsel town – Amit Trivedi’s journey had endured a long road by 2010. Thus, it fits perfectly that Trivedi was chosen to helm a soundtrack that was all about a memorable journey.

The Udaan album is stitched seamlessly as a gradual progression of a young mind’s dreams and introspections. A build-up can be heard on most of the tracks on the album, that eventually lead to a rapture of emotions. With ‘Kahaani’ we remember opening the album to a few moments of quiet thoughts and unanswered questions. Joi Barua and Amit Trivedi joined forces on vocal duties to present a poignant coming-of-age narrative before asking us, “Kahaani khatam hai ya shuruwaat hone ko hai? Subah nayi hai ye ya phir raat hone ko hai?” As the protagonist Rohan starts his journey of self-discovery, we all joined him in the pursuit.

‘Geet’ ushered in a celebration of young minds and fresh perspectives. Riding over a mellow piano and strums of acoustic guitar, Amit Trivedi and Amitabh Bhattacharya relived the joys of a young life lived free. The central piece of this exploration arrived next as we were reminded, “Nadi mein talab hain kahin jo agar, samandar kahan dur hain?” The title track ‘Udaan’ came sparkling with lyrics that feel like liberation. Amitabh Bhattacharya’s words were given due justice by Trivedi on the mic, as Joi Barua and Neuman Pinto added to the jubilant chorus. With percussion guiding the movement, vocal harmonies and soothing guitar licks building up to a rousing solo ‘Udaan’ made for a well-crafted pop-rock composition.

But no story of flight is complete without the fight one had to endure to get there. ‘Naav’ as a track is aimed at capturing life’s conflicts – be it internal doubts or all the troubles that the world throws our way. Built on lyrics penned by Anurag Kashyap, ‘Naav’ brought earthy toil and a rustic folk-rock approach through Mohan Kannan’s vocal delivery.

Anurag Kashyap had been a shoulder of support for Motwane in ensuring that his first project as a director did take flight. A script with no takers for years, production woes, limited budgets – amidst all that Kashyap had emerged as the beacon of hope for Motwane’s ambitions. And it fits the narrative perfectly that the Kashyap-written ‘Naav’ sounded like the darkest night of hardships before the dawn of hope arrived.

The album’s magnum-opus spot though can be reserved for ‘Azadiyaan’, a song that signals the final flight towards freedom. Fused with experiments on sitar, evocative lyrics and dollops of positivity in its character, the track was and still stands as an ‘indie’ gem. Even after all these years, ‘Azadiyaan’ still resonates as the anthem of aspirations being uncaged.

Half a decade since its release the Udaan soundtrack still gets discovered and adored by a legion of dreamers and seekers of answers. Be it someone finding one’s feet in boarding schools, deciphering love and heartbreak, cherishing time amidst college friends or even seeking their professional calling – Udaan is a soothing balm captured over sound for all ages. The soundtrack will continue setting free all those who dare to chase their dreams.