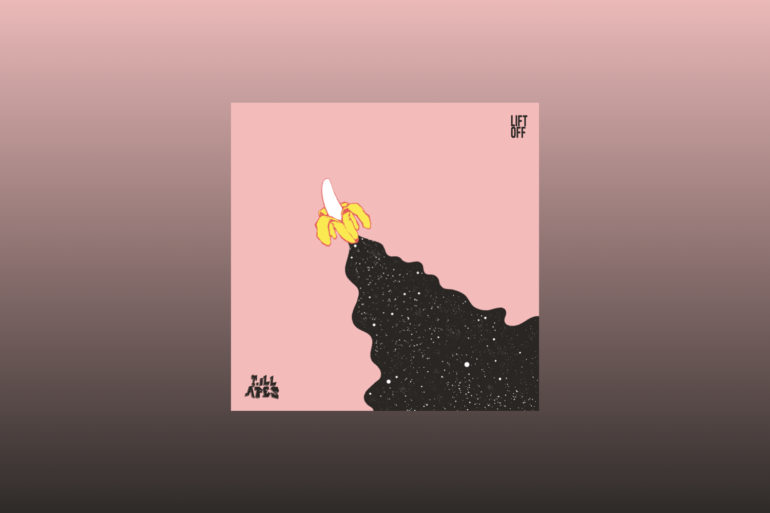 Till Apes debut nudges at boundaries if not completely disintegrating them

Hip-hop’s unique trajectory in India has been a sight to behold. While its vernacular offshoots have garnered most of the attention, the genre has tiptoed into saturation, dredging its listeners into similar sounding beat tape territory, one beat sounding like the next, its ingenuity resting squarely on the shoulders of the MC and his/her bars. Call it a problem of plenty or a problem of automation. Saturation begets innovation.

From a live video doing the rounds in 2018 to a couple of one-off singles this year, Till Apes (Till All People Evolve Slightly) seem to have answered that call: live hip-hop with all the trimmings. Lift Off, the band’s debut EP serves as an announcement, a declaration.

While the opening track, a space travel countdown can be viewed as a superfluous timer, the eponymous ‘Lift Off’ and ‘My Ex Stacy’ with featured artist Nikhil Gaikwad are where the EP really kicks off. A slap bass groove interlocked with funked up horns courtesy Gaikwad and saxophonist Gautam David signal intent immediately, MC Hanumankind dropping truths like “make money, don’t let money make you”. Syncopated delivery moves into soulful crooning with ‘My Ex Stacy’. Terrible name aside, the track picks up the pace, showing plenty of versatility by marrying the dreamy with the uptempo, before a drunken groove and instrumental coda close it out.

With ‘Paper’ and ‘Mary Go Round’, the band stick to similar instrumental motifs: stuttered grooves with melodic flights of fancy from its more peripheral players. ‘Mary Go Around’ is just a document of a band having a blast, like you’re in a room with them hanging out. The EP still retains some psychedelic beat tape fun with tracks like ‘In Orbit’, ‘Conversations’ and ‘Apeship 2020’. The grooves are visibly loose, the synths woozy, the audio samples warped, cloaking the listener in a warm blanket of trippy goodness.

The arrangement deserves a mention more than once, purely for the punches thrown. Stacked to the gills, not a second is wasted instrumentally. While it stumbles into misplaced virtuosity ever so slightly in the tiniest of places, the EP is replete with superior musicianship. The rhythm section, held down by bass player Soorya Praveen and drummer Sange Wangchuk, can probably boast about being the tightest around, but it’s Praveen’s arrangements that really propel this record.

At the risk of playing devil’s advocate, one can argue that there is some overshadowing, as a result. While undoubtedly listenable, the production begins to obfuscate the vocals, almost like they’ve been dogpiled by layer upon layer, instrument upon instrument, rendering Hanumankind an occasional spectator to the band’s high jinks.

All said and done, Lift Off could be the record that nudges homegrown hip-hop into another iteration: a shedding of skin if you will. A short twenty-two-minute burst of exuberance, it’s records like these that will have listeners positively itching to throng live venues, whenever they decide to open up their shutters.