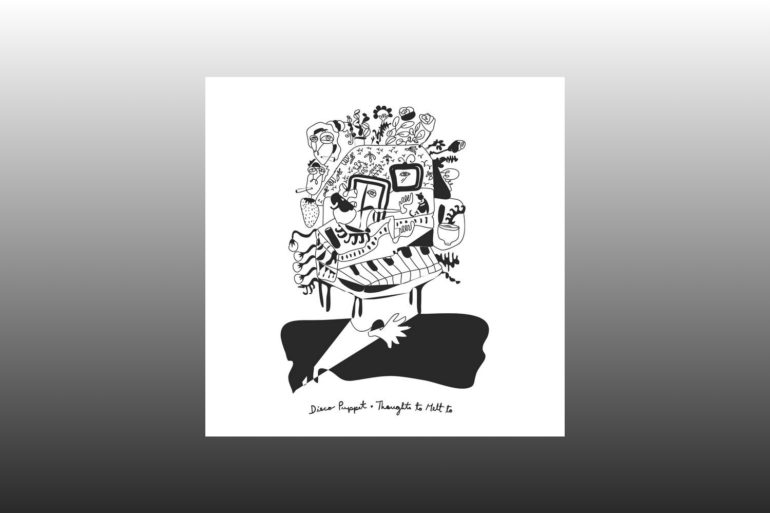 Despair comes knocking on Disco Puppet’s Thoughts to Melt To

Following his nod to filmmaker Satyajit Ray in 2019’s Aranyer Dinratri, Shoumik Biswas has released a 5-track EP recorded at his home studio during the quarantine. For Thoughts to Melt To, the producer who performs under the moniker Disco Puppet, revisits another unequalled intergenerational artist Daniel Johnston, whose death came just before his burlesque fall release.

Biswas dedicates his newest record to music’s original left-field singer-songwriter. Johnston, whose works while dubbed as art rock, defied generic labels, practically commodified the home-recorded aesthetic on cheap cassettes in the eighties. As one of his independently-released albums, Thoughts to Melt To is preoccupied with the question of whether a song needs to undergo a certain level of production to be complete or good or mainstream art.

Johnston’s art rock and disgruntled artist persona found few takers back in the day, probing Disco Puppet to recontextualise his style for the pandemic era, through some self-assured alt-pop. The dissolute and catchy ‘Romeo and Juliet’ tells of a tale as old as time, but in its retelling, gains new relevance in the present reality. The fabled star-crossed lovers are torn asunder by new sleights of nature and norms, as Biswas deftly blends archetypes of the past and the present. In doing so, he explores the relevance and cultural significance of the kind of simplistic, stripped-down production, epitomised by Johnston, in a world under lockdown.

A lot of the songs have to do with nostalgia and memory, starting with the dialogic ‘Don’t be sad. The Boogie Man’s back!’ which envisions a Godot-esque conversation between a father and the fabled monster under the bed. It also comes the closest to exploring the depressive side of Johnston’s life and craft, while reflecting somewhat realistically on the deteriorating mental health of people, during self-isolation. It could also allude to Biswas’s recent struggle with tinnitus, which must have been hard to surmount.

In much the same way, ‘Nosty Boy’ alludes to finding a safe space in imaginary escapades. Whereas ‘Peace Lily Parody’ as the name suggests, calls out the futility of reconstructing dreamscapes from childhood memories.

Chaotic harmony seems to drive the production on ‘Temporary Paradise’. This final track of the foray makes the project a tragedy of self-sabotage, uncertainties and despair; posturing as a celebration without any cause. Warm and colourful, the album boasts of analogue tape and echo pedals, interspersed by the old-school kinderklavier, güiro and other innovative percussion tools to add to the lo-fi.

The bare-bones production adds to the intimacy, drawing listeners into the life of Disco Puppet’s mind. It also positions his nonconformity as something that lends such diversity to his works, much like Johnston’s outsider art. If nothing else, the idiosyncratic ink and marker artwork by Shreya Bhatia explains away this project as a comparative analysis of the 1983 Johnston record, Hi, How Are You?

Thoughts to Melt To is out on all digital platforms. Proceeds from the sale (till May 26) will go to Goonj, which is undertaking relief work for vulnerable communities during the lockdown.