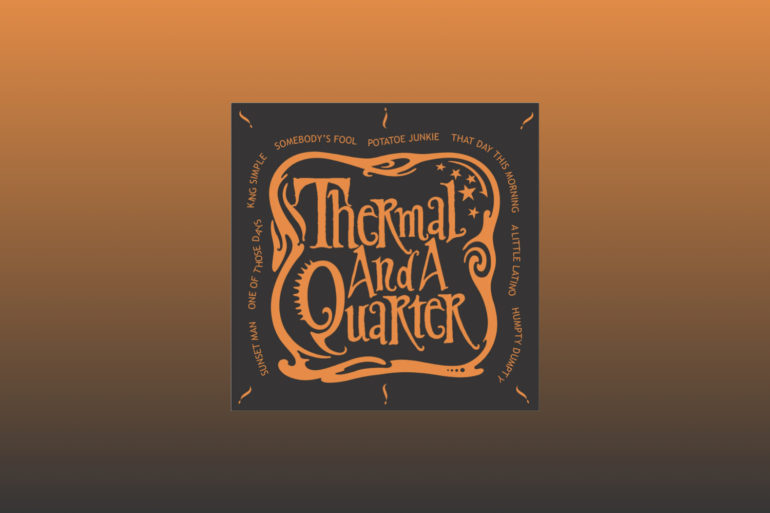 Thermal and a Quarters timeless debut is a perfect genre soup

Forged in a genre soup for the ages and nurtured in the great city of Bangalore, four scruffy young guys came together to create a decades-spanning body of creative successes. In order to appreciate the importance and legacy of their self-titled debut in the year 2000, context is key.

Towards the end of the 90s, rock music was beginning to stagnate, as it struggled to look beyond its grungy prison cell. Websites like Napster and the internet, in general, revolutionised the way we shared and consumed music. In India, we were just beginning to see a rise in appreciation for homegrown acts, with more songs making it on the radio and people more willing to attend local gigs.

Thermal and a Quarter (TAAQ), at the time of their debut release, Thermal and a Quarter Dotcom, saw themselves at the epicentre of this cultural inflexion point. With every band member having a different favoured genre, the recipe for disaster was clear as day. Looking at the line-up at the time, guitarist, singer and songwriter Bruce Lee Mani had a diverse background ranging from hotel contract bands and progressive-metal bands to choral ensembles, jazz and Indian fusion. Drummer Rajeev Rajagopal is a grunge/metal-head. There was an early shakeup in the lineup when bassist Rzhude David replaced founder bassist Sunil Chandy (who had moved to the UK). On paper, a group with such varied interests could never make a cohesive album. The results were indeed very different.

TAAQ is a bunch of musicians making music they love and enjoy. On their debut, the then trio emerged as playful, irreverent and hip as anyone at the time could. The ethos of the album is rooted in the answer to what would happen if you gave a confused teenager a guitar and all they did was to pour out their feelings entirely through the device. The instrumentals are catchy, snappy and never get tiresome. Throughout the nine tracks, there is a heavy influence of blues, funk and 60s rock and roll which the group wear as a badge of honour.

We instantly get hit with what the album ticks on the colourful opener, ‘Sunset Man’, which is an upbeat song with lots of passion and energy in the vocals with layered harmonies and shifting tempos. Thematically, the album, as a whole, touches most of the constraints of being human. For example, ‘Somebody’s Fool’ is a slick, fun and groovy track with lyrics which showcase a man’s frustration and disillusionment with life.

The vocal performances and basslines throughout the album are consistently stellar. On ‘One of Those Days’, we get a catchy, multi-faceted groove that keeps switching up, which makes up for its lack of lyrics. We get some staccato and flamenco influences on ‘A Little Latino’ with tongue in cheek lines like “Love is like a pizza pie, you always want some extra cheese.” On the polar opposite of the spectrum, we get ‘Humpty Dumpty’ that leans harder towards grunge and metal with its aggressive bassline and wailing guitar solo.

It is hard to understate the importance that this record has had for the culture of our nation. Right after the drop of this LP, they were catapulted to the forefront of the indie rock and would go on to tour with Deep Purple and Guns ‘N’ Roses and even, start their own music school. The album is unabashedly fun and has the unhinged creativity of a little child.

The album acknowledges the fact that life sucks and wears it proudly. The simplicity and straightforwardness, no doubt, influenced an entire generation of audiophiles in India to pick up their instruments and just have fun. When rock music was beginning to draw its last breath in the west, the genesis of a whole new movement took place in India. The album basically drew the blueprint for hundreds of bands that would try to imitate their charisma and fail; with a few successes, of course.

TAAQ proudly accepted their diverse influences, which resulted in one of the most visionary genre soups ever conceived. Every track lands the bull’s eye and leaves no loose ends. The 46-minute experience is all killer and absolutely no filler. TAAQ continues to be one of the most beloved indie stories and one of the most important and groundbreaking indie bands of our time.

Rzhude David was the bassist on this album. An earlier version credited Leslie Charles as the bassist. This article has been edited to reflect the correction.