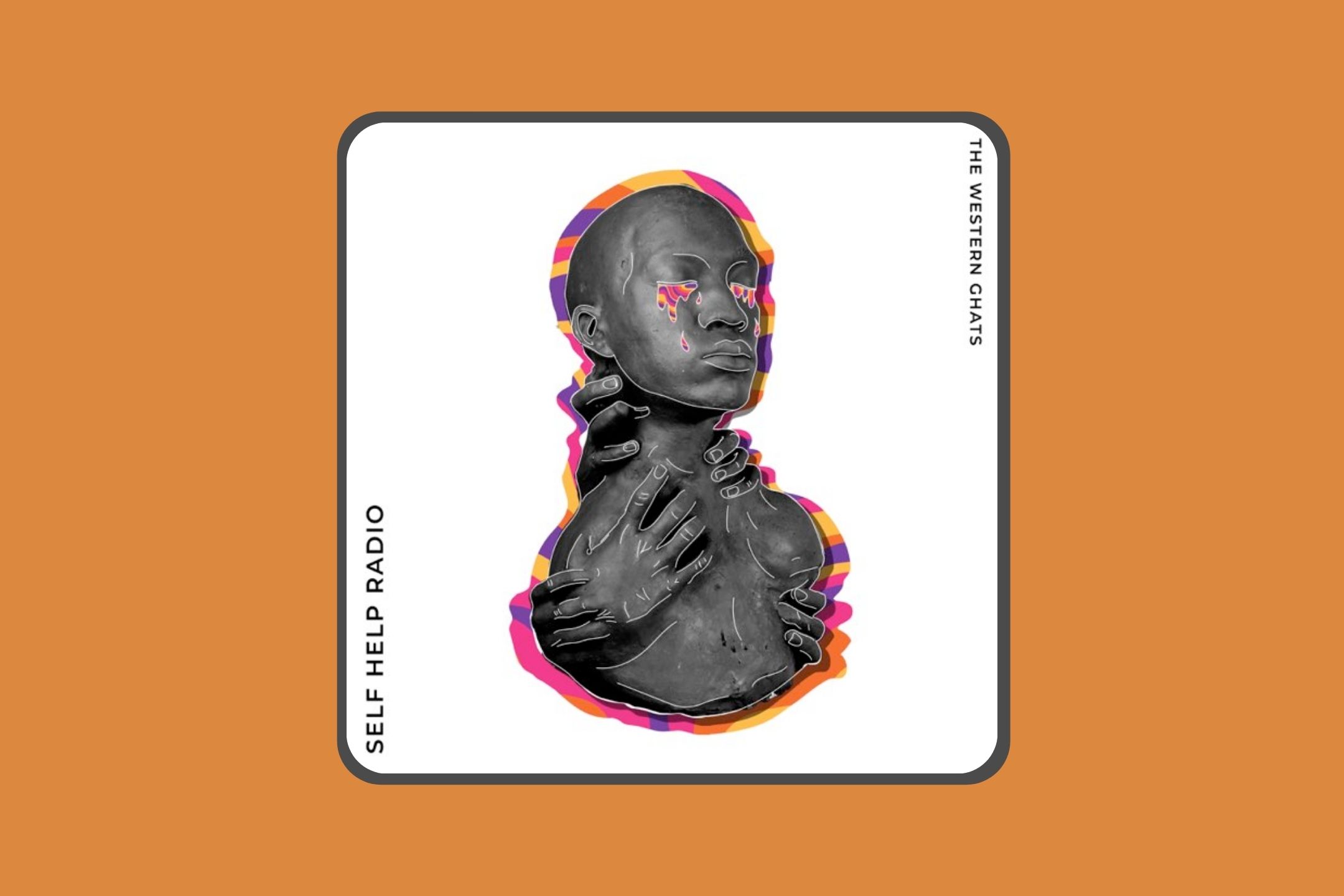 It’s well understood that the pandemic pushed open the gates for an all too familiar theme of upliftment, hope, and sunshine as a way of coping. Adding another drop into the pool of art pieces echoing narratives of self-discovery, resilience and positivity, the Western Ghats released their first studio album Self-Help Radio.

The starter ‘Le Chal (Pilot)’ launches the record in quite an unusual manner, with what seems like a hazy and mystical sonic interpretation of the core essence of the album in a short minute and half. A humble ‘Le Chal’ takes over abruptly, with minimal percussion, guitars, and synth pad tones that are standard in the feel-good pop sphere. The chorus showcases soaring vocals by Aryaendra Shekhar and talks about a strong desire to go somewhere far and start over; a sentiment plenty relate to.

The general mood alters into something of a noticeably more motivational nature with the intro of ‘Kitaabon’. Several rhythm guitars layer onto themselves in the intro, but leave little space for each other, which makes this cinematic escalation to the main verse sound a tad bit muddy overall. A very singable pre-chorus stands out as the main section of the song with a hard-to-forget melody, which falls into the chorus and then the verse a bit too promptly, missing a breather. The memorable lyrics almost get drowned out in this sonic arrangement, which is unfortunate since the message it gives out ought to be heard.

A four-chord pop progression lays the foundation for ‘Phir Kabhi’, backed by a production style heavily reminiscent of that of The Chainsmokers. Although the general tonality of the song is predictable, the track promises clarity when it comes to flow, unlike the previous score.

The album segues into the second act with ‘Faces of The Moon’ and ‘Thinking About You’, which expose a significantly more electronic side of the band, a pleasant surprise. While the former falls into a structure that countless pop acts do lately, ‘Thinking About You’ reveals a more sombre and private sonic theme on the album in the first half—a much-needed change in character. It also stands out as an exceptionally electronic piece in the record, where Aryaenndra’s haunting vocals are as much an instrument as all the other elements of the track.

‘Stories’ features hugely electro-pop tones too, reminiscent of early 2000s electronic dance music. A feel-good score that would undeniably get you off the chair and want to dance, ‘Stories’ is a fun note to sign off on. Sonically, it may feel like some tracks attempt to build mountains out of molehills, which is unnecessary considering how much the album brings to the table in terms of narration. All in all, Self Help Radio as a debut plays it safe, with memorable lyricism cocooned in a range of popular music styles.