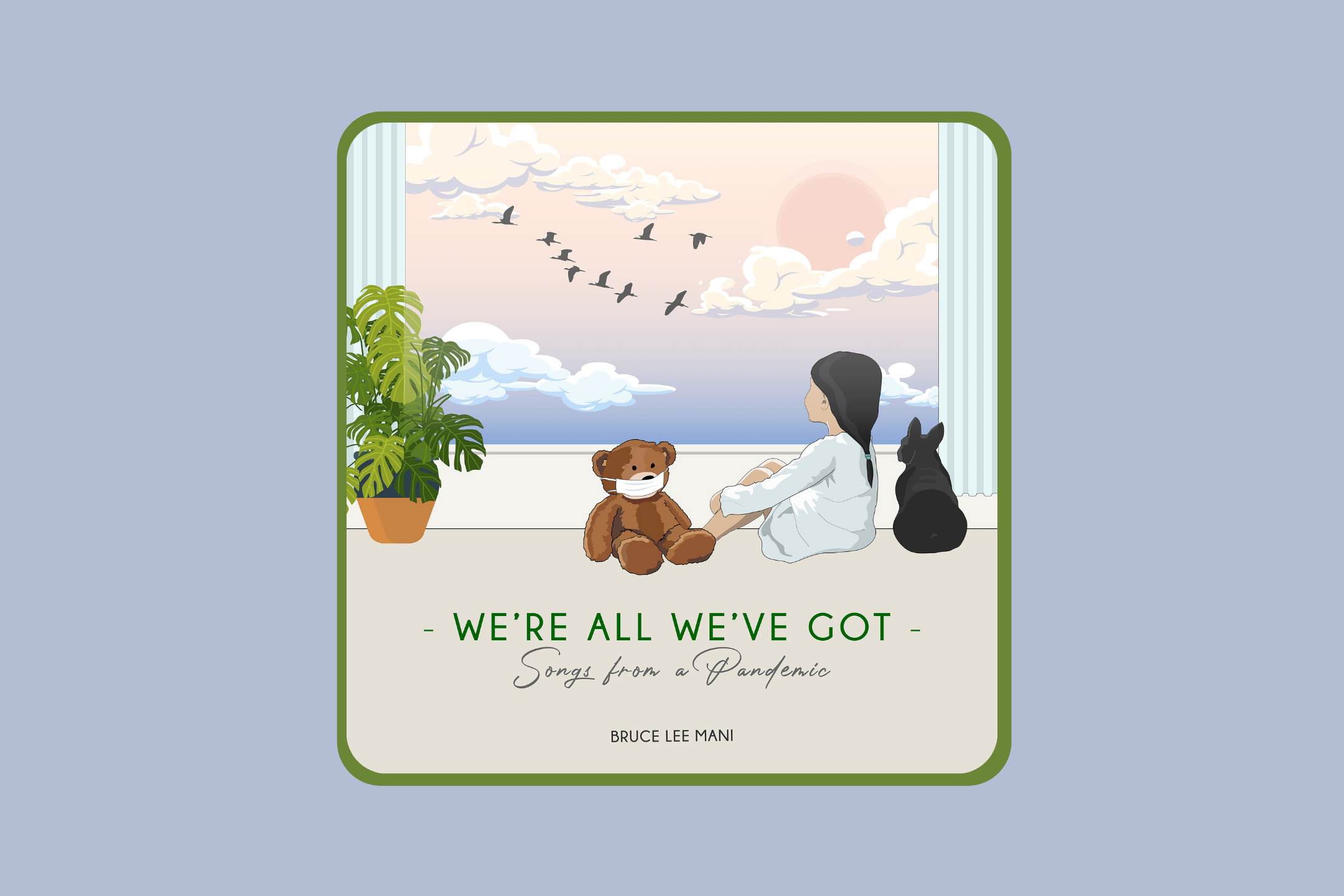 The bevy of lockdowns had us all trying out new things to varying degrees of success. The music industry began twisting itself in ways to accommodate it all, while its musicians found ways to display their craft online. There was a glut of content almost immediately, remixes and parodies ruling the roost, while others used it as a repository. Some have even taken to Twitch and the world of livestreaming to creatively broadcast a version of themselves.

Bruce Lee Mani isn’t the Twitch-streaming type, safe to say. Around the second lockdown in May, the guitarist and frontman of Bengaluru-based Thermal and a Quarter participated in a month-long exercise of writing a song a day. A bloodletting in the wake of a miserable month. The series showed up on Instagram, short snippets of bare-bones songs cobbled together with equally DIY videos. At the end of it, 30 songs of bite-sized duration resulted in the artist’s first solo LP, ’We’re All We’ve Got: Songs from a Pandemic’.

Thirty songs seem a lot, even if the grand total doesn’t push past forty minutes. But this isn’t the first time Bruce has gone for volume. Thermal and a Quarter did famously release a triple album not so long ago, after all. Listening to this album piqued a few avenues. For one, it reminded of the Vine app. Six seconds was all you had to make a video, and the constraint unlocked entire genres of editing and humour. This LP feels like it was built on similar principles.

It’s down to decision-making. A few songs on the record feature Bruce cramming as much as one can in under a minute. The songs flit from genre to genre but still stay within an arbitrary ballpark housing barbershop-quartet harmonies and acapella, intermittent waves of dissonance and drama and a whole lot of guitar.

Bruce does retain a lot of the cheek and wit used in Thermal and a Quarter material, even the convent-educated delivery that ends up becoming farcical from song to song. Songs like ‘Poke Me’, ‘Engineered Inning’ and ‘Central Vystopia’ are pointed in their subject but don’t really hit the mark, while ‘Didi’ is saved only by the homage to Khaled’s original.

The features on the LP are plenty, Bruce enlisting Rajeev Ravindranathan, Sunil Chandy, Sumana, Vasundhara Vee, Abhishek Mittal and Pallavi M D. But they don’t help, truth be told. ‘Riches True’ which features Vasundhara is one the of the few tunes on here that’s over two minutes. And those are laborious minutes. It feels like once you’re clued in to the concept of the record, anything outside of it feels unwelcome and unbecoming.

Look, a lot of these songs are barely songs. They are an honest attempt at exorcising inner demons, at best. The oppressively bright light throughout the LP is Bruce’s guitar playing. Infallible, dependable, emotive, dramatic, this album showcases a player armed with a deceptively heavy bag of tricks. Stellar acoustic guitar work in some instrumentals like ‘This Too Shall Pass’ are coupled with songs like ‘Homesick of Home Blues’, ‘Wait and Watch’ and ‘A Nodal Canon’ that just prove Bruce’s strengths as a master phraser.

And there lies the great divide: the instrumental songs on this LP are the songs that deserve a second look. Bruce pulls out all the bells and whistles, and hearing them sparingly leaves you wanting more. Something about the one-minute time limit makes them more compelling. Rather, keeping things under a minute definitely takes the fatigue out of a listening experience.

This does not pull away from the fact that the LP is a series of writing prompts that gathered momentum. Doing this consistently for an entire month is laudable in its own right. Did this have to be an album? Maybe not. Was it just a fun excuse to play music and do what you were meant to do while the world crumbles? Absolutely.