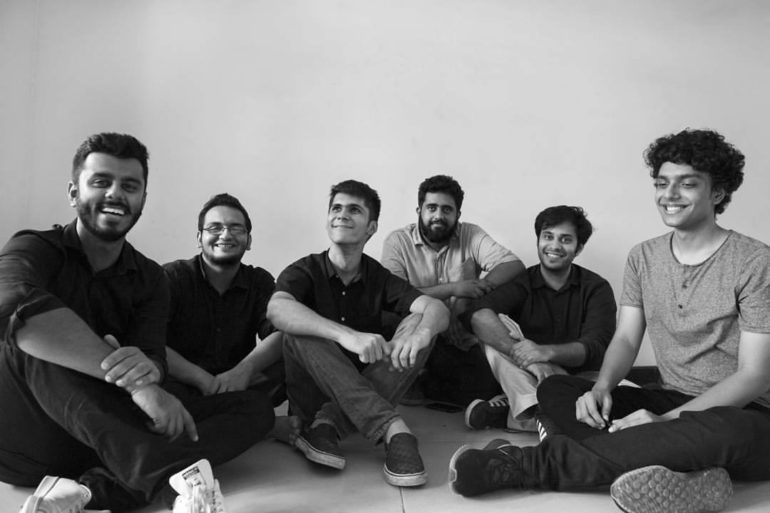 Shreya Singh·
Reviews
·January 23, 2018
8
Reflective
The self-declared aficionados of old-school Bollywood who have on more than one occasion captured a well-deserved attention of a growing fan base in New Delhi decided to gift to their listeners a product of their ‘blood, sweat and tears’ through a sequence of inspired melodies that were born from their memories of 2017. In other words, the Revisit Project after many successful and well-received covers of classic songs, released their debut album Here We Go about a week ago on January 13, 2018.
Here We Go, as described by the band is about putting music to real experiences and as far as debut albums should be about a pre-established association between a sound and a band, the artists seem to know where they’re headed. Any previous covers by the Revisit Project is a testimony to a balanced assimilation of the many strengths of the band’s musicians. So is true for their debut project. There’s little singularity and when it appears, its presence is conscious and deliberate, demanding attention to a pleasant cadenza.
‘Take a leaf’, the first track delivers a colourful autumnal imagery with the saxophone becoming a harbinger of warmth against a soft guiding rumble. The amble in ‘No One Gets Me’ is familiar, heartfelt and personal, a thoughtful introspection reserved for a long walk with oneself.
One could guess that with nearly 10 minutes into the album a sustained tranquillity will prevail. This is where expectations change. The constancy of Abhay Sharma’s ubiquitous saxophone is vibrantly lifted into a dulcet dialogue with Sayan Sinha’s engaging bass accompanying Ishwar Dixit’s conversation with his guitar. As real as the stories that wrote this album, the title track is alive and shifts gears with very subtle hints, from a dreamlike state to a recognition of the present where the bright, beckoning beats of Abhijit Sood and Varun Rajasekharan interact with the guitar to tease into the melody a definitive ripple of energy. Overcoming inertia and embracing reality to a new normal, ‘Afloat’ richly introduces to a captivated mind the of wonders Raeed Ehsan Azim from his keyboard.
‘When She Smiles’ is a lilting composition that precedes the playful marcato undertones of ‘Rough and Straight’  – a fine conclusion to an enriching experience that ends far too soon. The last 33 minutes have gone by too quickly and need to be revisited (pun intended) all over again.
There is nothing pompous promised by the album. This is perhaps why it succeeds so well in delivering honesty. In seamlessly accompanying the listener through a series of changing colours and the thoughts that shape them, hope finds a safe space to blossom. The album cover captures the artists looking forward with innocent conviction. This is a gesture that serves as a reminder – to move ahead with faith and confidence. And this is the beginning of a relationship with the listener.
A gut feeling says this will last.