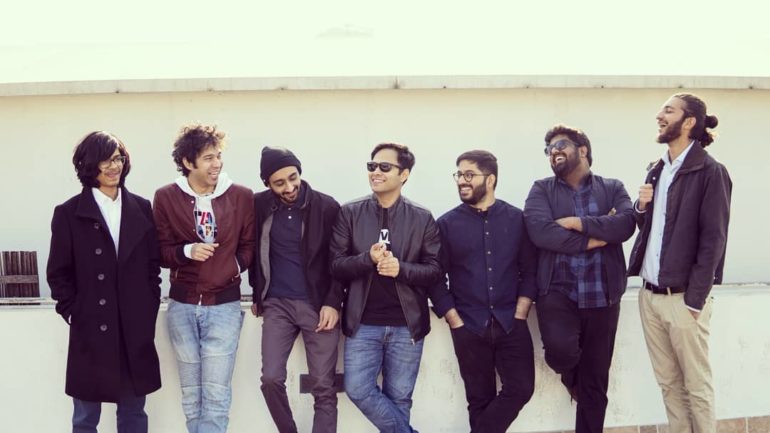 As the name suggests, the Revisit Project is all about reliving the glory days. An ode to everything golden, this ragtag group of New Delhi musicians has set out to create instrumental pieces in honour of India’s distinguished musicians. For an instrumental band, the Revisit Project has no trouble holding the unassuming listener’s attention. With the saxophone on the lead, the band is notoriously good at serving post-modern jazz in palatable bite-sized pieces.

In what started as a tribute band, the Revisit Project released its debut album Here We Go after many successful and well-received covers of classic songs and the support of a thriving New Delhi fan base. With Brown Man’s Funk, the band has successfully released a follow up to their debut from last year. Here We Go was a record about putting music to the band’s experiences. They had tracks to enthuse varied listeners, from neo-soul enthusiasts to experimental jazz folks to fans of ballads. The new record continues in the same vein whilst significantly hitting the gas on the funk quotient.

Standing at seven tracks and a runtime of 28 minutes, Brown Man’s Funk makes for a comfortable listen. The record opens with the title track, a recount of the story of India from 1949 when the constitution was instituted. The sax on the second track ‘Did You Just Assume My Fender?’ is easily the most thrilling of the lot. With a smashing and thrashing tempo that can raise any spirit, the track is a retelling of a frivolous tiff between band members Sharma and Kanu Gangahar, where the former is unable to recognize which Fender guitar Kanu plays. On ‘Sir Dravid’, an ode to Rahul Dravid, we see singer-performer Chetan Awasthi a.k.a Chezin lending his zippy vocals. The band hails “the impact Rahul Dravid has had on not just cricket but the entire modern history of Brown people” as “unfathomable”.

On what could arguably be the highlight of the album, the next track ‘Blues’d Not Bruised‘ strikes the right balance between crowd-pleaser and suave. One can easily imagine Revisit concerts ending in an encore of this funk-fueled track. On ‘D110’, the band flirts with a slightly more quirky arrangement, tangential to what has been seen in the album so far. Kicking off with an almost Broadway-esque vibe, the track serves as a nice segue into the latter half of the album. Another notable song is the finale ‘Transition’. Marked by slightly somber undertones, the track makes for an interesting choice for an album closer as opposed to the zanier ‘Making a Move’ or ‘Blues’d Not Bruised’. The sax weeps and the bass waxes, closing the album on a melancholic high.

In line with their debut, we see the Revisit boys sticking to their guns, delivering a big smattering of honesty from every nook and cranny on the new album. With sounds more pronounced, ideas more mature and a loftier production, the album finds a safe space to blossom on the band’s repertoire. It will be interesting to see where Sharma and gang drive the band’s artistic direction from here.