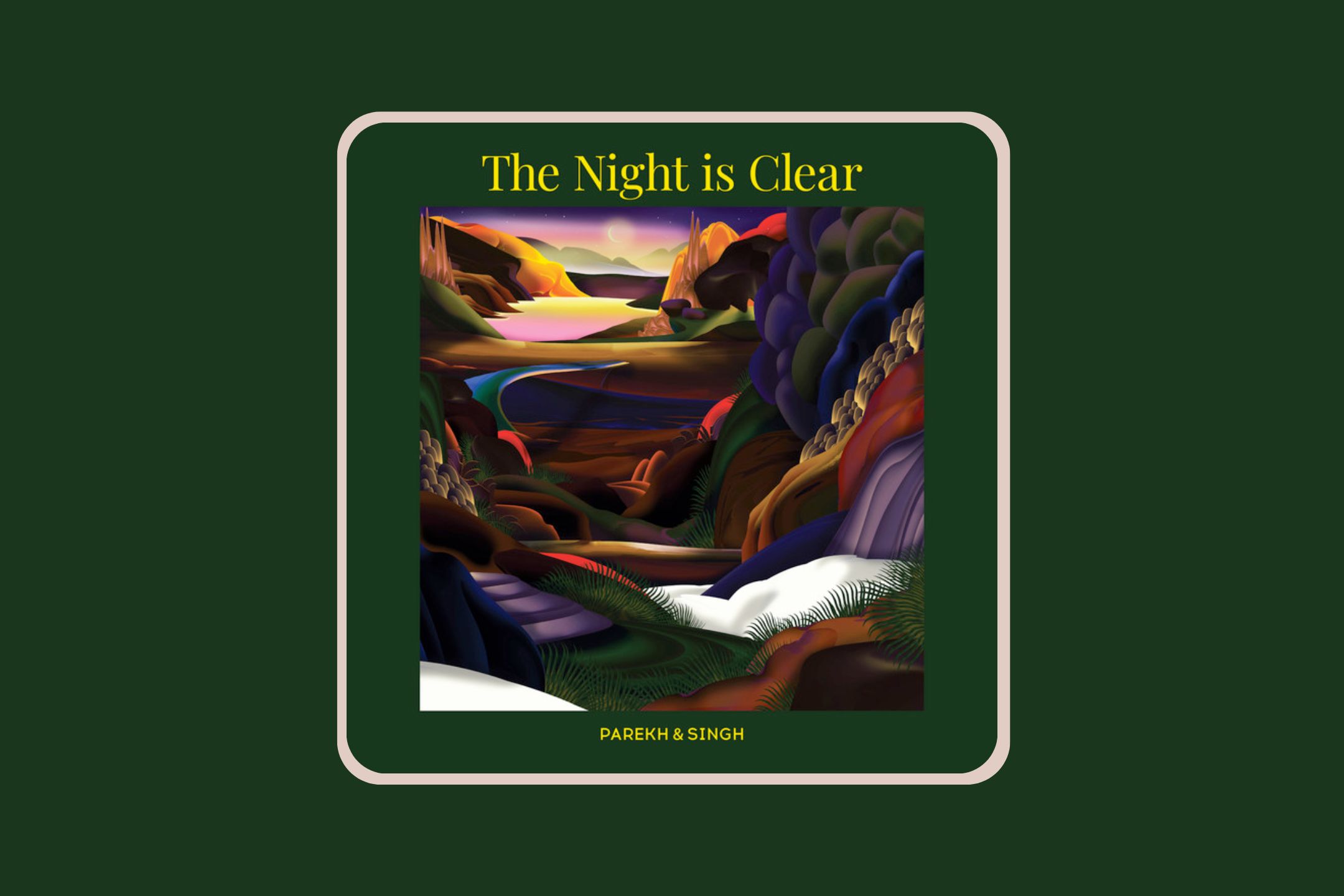 In the era of singles and EPs, releasing an album is arguably a brave endeavour. Parekh & Singh have a challenge to overcome in keeping the attention of the listeners through a 9-track album. And they overcome it with nine well-written songs.

The Night is Clear features some of the best arrangements, lyrics, phrasing and a diverse set of sounds. The usage of interesting chord progressions with brilliantly penned lyrics, makes the album a real treat to listen to. Sonically, it weaves together different eras and influences to form a distinct identity.

Each track takes on a unique persona while still staying true to the bigger picture. The opening track, ‘Sleepyhead’, is a cute and pretty sounding track, built on strong lyrics sitting on a brilliant bassline. A healthy serving of synth rounds off the tune and the album gets off on a strong foot.

‘Bedouin’ draws inspiration from traditional American country music with its acoustic and rhythmic ideas. Adding a brilliant chord progression is just the icing on the cake. ‘Je Suis la Pomme Rouge’ is a tune with arguably some of the best songwriting, and is one of the highlights of the album.

‘Miracle’ might sound very familiar to Steven Wilson fans out there, and maybe now’s a good time to talk about the production and recordings. The acoustic bits of the album like the strings and pick attacks add a layer of intimacy and human-ness to the sound which is marvellous.

Old-school Bollywood sounds are heavily featured on the tracks ‘King’ and ‘Seven Days’ adding to an already diverse soundscape. Even through these diverse sounds, not once does the album digress from the ‘Parekh & Singh sound’. And that is testament to good writing and a clear vision.

The last track of any album is always a tricky feat. So ‘The Nightingale’ has a gigantic task to do; close out a brilliant album and do it well. There are few tracks that win you over with just the first few notes. ‘The Nightingale’ is one of those tracks. Stellar production, a mesmerising chord progression and phenomenal arrangement are all hallmarks of the track (bonus points for the beautiful synth solo). It is a brilliant way to close off what is a brilliant album.

Going back to the challenges of writing an album in today’s musical landscape, The Night is Clear does a brilliant job of not just holding the listener’s attention, but impressing at each step. It is incredible at telling stories that have you wanting more. The songs are ordered in a way which encourages a start-to-finish listen. It’s one of those few examples that you won’t regret sitting down and dedicatedly listening to, rather than just shuffling it on a playlist.