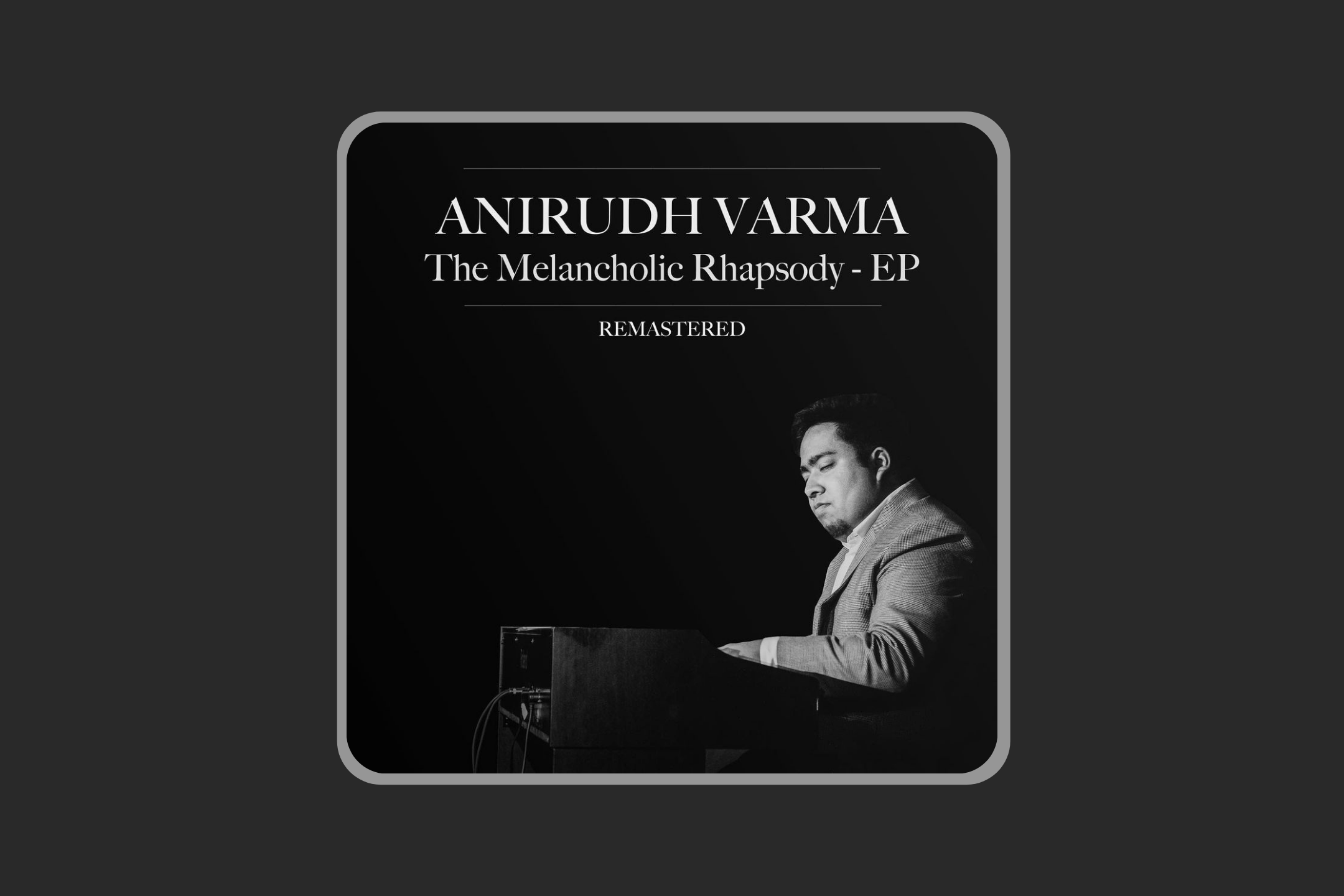 The Melancholic Rhapsody by Anirudh Varma is pure and soulful

One of the key elements of instrumental music is its ability to be open to interpretations, as it is not bound by words. But this very same characteristic can act as an alienating force, especially if the music falls on idiosyncratic extremes of the relatability scale.

Pianist Anirudh Varma’s EP The Melancholic Rhapsody falls under that category. Not that it is a bad record—it is an excellent display of skill and composition by an accomplished instrumentalist. But a predominantly Indian audience might have a hard time warming up to such music whose sole carrier is the piano, and nothing much else.

The album opener, ‘Reflecting’ is a dark intro into a deeply introspective record. Baritone chords, choice use of dissonant notes inside a melancholic soundscape and a slow, meandering pace gives a feeling of stasis. But then, Anirudh runs swiftly towards sunshine with ‘Lullaby at Midnight’ which tugs at the inner child in the artist. One can sense the fun and frolic, and happy sketches of colourful dreaming, but it remains shaded.

‘Amour in F’ sounds like a suite that could very well have come from the compositional chambers of erstwhile European classical music masters. It has the fluidity of movement, rich passages, thoughtful interludes and little solo flourishes on the higher notes. It is entertaining, and almost warm. However, the last two songs ‘Melancholic Rhapsody’ and ‘Moonlit Shadow’ bring the EP into its core mood—a wintry wind dogging the traveller’s footsteps as she searches for shelter in an unending night. The title track, especially, stays true to its name and milks the negative thoughts in one’s head to the fullest extent as the notes dance to a chaotic swing. It is sometimes forbidding, sometimes endearing, and all the time distant. The 6-track album keeps uniformity in terms of being a solo piano recital. Only on the album ender does a feverish drum come into being. The sudden rousing effect gives it a 15th century Gothic feel, but even that does not stray from the central colours of the album—silver and black.

You can understand that this music is coming from Anirudh’s inner core—this was a long time in conceptualizing, if not making. There is also a sense of solitude, perhaps the result of the lockdown, where he had to focus on what he wanted to say alone, bereft of his bandmates and their musical ideologies. But that forms the central theme of this EP—it is his zone, his thoughts and expressions. It’s pure and soulful.
It need not be looked at through the lens of whether audiences will lap it up. The purpose of The Melancholic Rhapsody is different—it is a solitary journey. Then again, some stray soul, or many, might find familiarity in the swift flow of the notes and a rhythmic movement that betrays a vibrant dynamic that feeds into the soul. All said and done, The Melancholic Rhapsody is an album of the night.