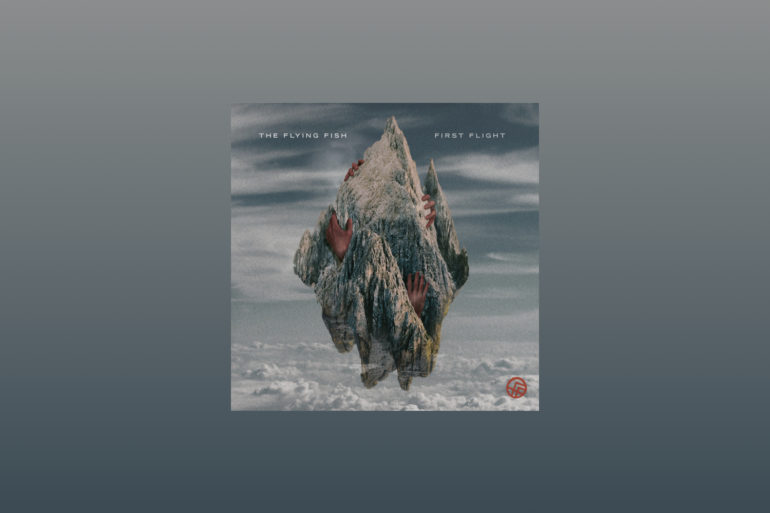 Putting together your first record can, at times, be a hit and miss. For Mumbai instrumental post-rock outfit the Flying Fish, their debut seven-track album, First Flight, comes across as almost raw. However, it does incorporate some tasty riffs and melodic instrumentation. The band includes guitarists Shishir Sharma and Aditya Surve, bassist Aaron Braganza and drummer Suyash Medh.

First Flight opens with the ambient ‘A New Direction’ which features a heavy bassline and intricate guitar phrases over a rounded groove. The track pulls you in for hopefully more post-rock delight over the course of the next 30 minutes. What the Flying Fish has accomplished quite well is the seamless transition from one track to the next as we hear them move to the crunchy ‘To Face.’ Here the band experiments with grittier sonic elements while also incorporating atmospheric soundscapes.

Reminiscent of 90s grunge music, ‘The Reality’ starts with clean guitar strumming, before opening up to slinky guitar licks compensating for no vocals. There’s a point in the song when both guitars play opposing melodies making a futuristic sound and captivating listen.

In the song ‘Eternal,’ the band plays with dynamics offering a nice balance and change of pace from their heavy post-rock sound. The song also features a string section well crafted to add a depth of emotion to the music that wasn’t heard earlier. The song’s outro, which is a minute long, drops us straight into the slow burner ‘Downward’. The band continues with emotionally driven sonic elements and presents an introspective listen with the song.

The penultimate track on the record, ‘Ode,’ kicks off with a screechy guitar intro which could have been worked on a bit more. The track, though six minutes in length, falls short of uniqueness and does get a bit monotonous. The band does, however, redeem themselves with the album closer, ‘To Collapse’. The track combines a strong drum and bass groove, as the guitarists create a wide sonic canvas layered with harmonic chord voicings and fusion inspired solo.

There are a lot of areas where the band needs to improve on for future releases. For starters, the guitar tones should be thoroughly scrutinized by the artists to achieve a well-rounded sound. While the record does include a bunch of interesting sections, there are times it feels like the musicians are playing for themselves as individuals instead of catering more towards the songs as a band.

Looking ahead, we hope the post-rockers use this album as a learning curve for themselves to take forward the good from First Flight and sharpen their skills to expand on their shortcomings. With a few slight adjustments juxtaposed with a clear direction and cohesiveness, the group could churn out a more impressive body of work. For now, though, the Flying Fish has been able to handle the turbulence of this record and land safely.