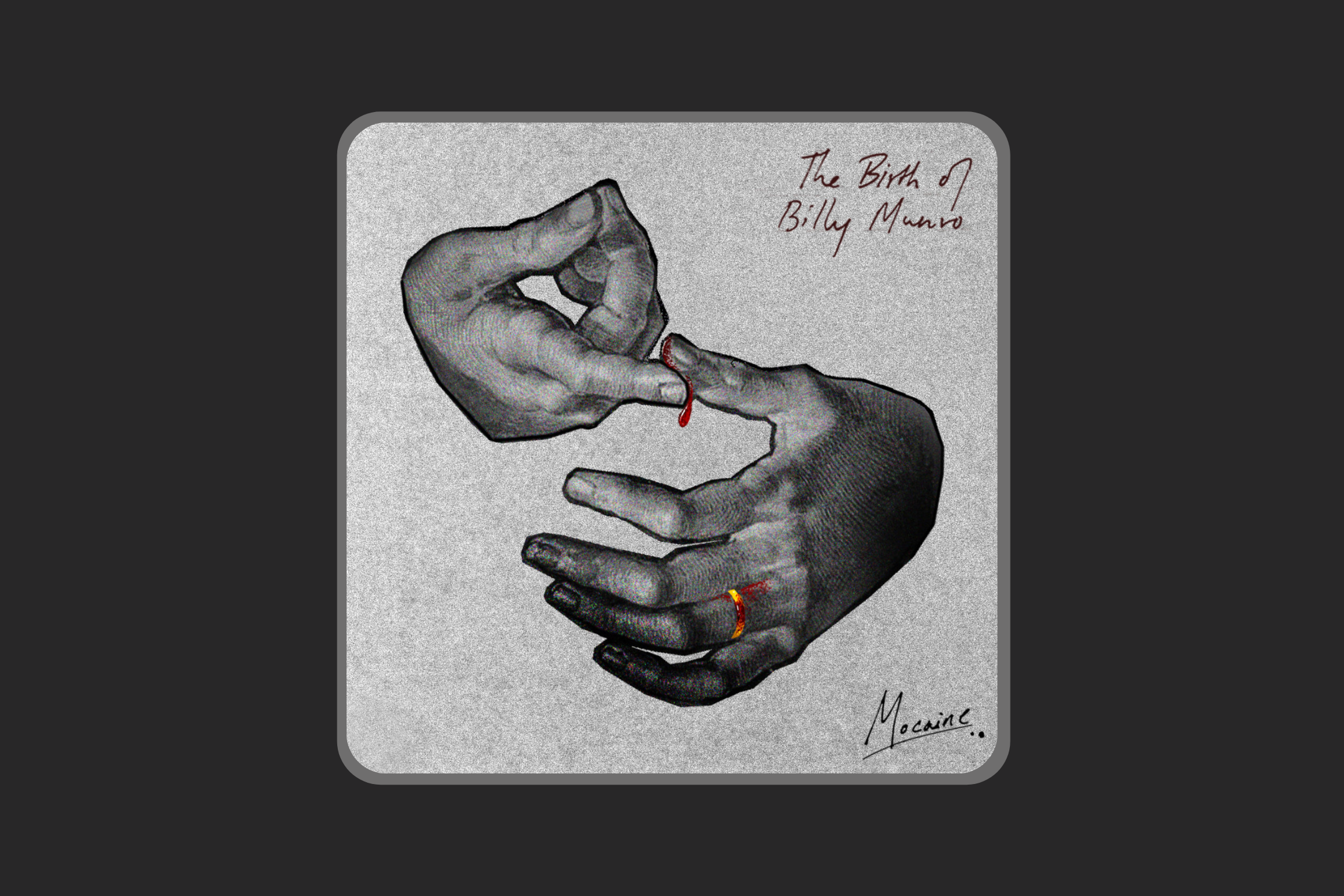 When you can hold a 13,000 word novella in your hand along with a digipak CD, you know that an artist like Mocaine is aiming for the charm that’s been made obscure around the world. Nevertheless, whether you’re streaming the New Delhi act’s new album The Birth of Billy Munro over a phone or spinning the CD in your player with the book in your hand, the experience is a memorable one.

Guitarist, vocalist and songwriter Amrit Mohan is joined by bassist Kabir Agarwal, drummer Varun Sood (Pacifist, Blakc) and producer Aman Arakh (Samar Mehdi) for his debut full-length sojourn. The grunge and blues-informed alt-rock album is a sort of sonic presentation of the novella, which is set in the American South (Tennessee, in particular), in the not too distant past.

The protagonist is Billy Munro, a simple-minded yet hotheaded unpredictable man, as introduced to us on the opening track ‘Billy’, complete with fiendish bluesy flourishes to set in the dark side of the character. Then, Mocaine brings in the narrative aspect of The Birth of Billy Munro, with recorded voices playing out dialogues as though we’re hearing scenes play out, but on a cassette tape with tracks like ‘It’s Just Murder, Man…’, ‘In Delirium’ and ‘Did You Kill All Those People, Mister?’

Grooves open up emphatically on ‘Pistol Envy’, which digs into a rage-induced side of Mocaine. There’s also slow-cooked psychedelic rock on the roomy, slithering seven-minute track ‘Narcissus’, in which Amrit is at his most Kurt Cobain-esque moments. Unlike most Indian rock artists who delve heavily into the Seattle Sound a little too indulgently, Mocaine wears the influence like a rusty old pin badge, best heard on the oscillation between clean and distorted guitar patches on ‘Fancy’. The band closes it out on a dizzying high and they pick back up on it with ‘Psilocybin’, elevating things to a chaotic level before charging ahead like Billy Munro would on a night drive with his reckless acts behind him.

A hazy organ solo on ‘There’s Been A Summer’ offers the much-needed sonic diversity at this point, even though Amrit’s cracked and weathered voice is appropriately the driving force. It sets in the despair which hangs in the air, allowing bassist Agarwal to noodle on over a voice sample. Mocaine does a good job of articulating the slowly creeping sense of unease to reflect where the plot is headed, like on ‘Daylight Sheen’, hoping to spur on at least some intrigue among listeners to read the novella. ‘Daylight Sheen’, for its part, even gets surprisingly sludgy, eventually spiraling down the free-but-at-what-cost poignant musing on ‘The Bend’.

Like ‘Narcissus’, the closing track morphs continually – from Amrit’s downbeat but epiphanic delivery to acoustic wizardry, plus piano and saxophone solos that steal the show. As if to provide a precursor to the next episode/chapter/book in the story of Billy Munro, Mocaine ends with the words, “It’s in the air, the next big change” and a damning court sentencing/psychiatric assessment. It’s jail time for young Munro, but what’s next? If Mocaine can keep their literary-meets-sonic storytelling combination in balance, another engrossing tale, no doubt.