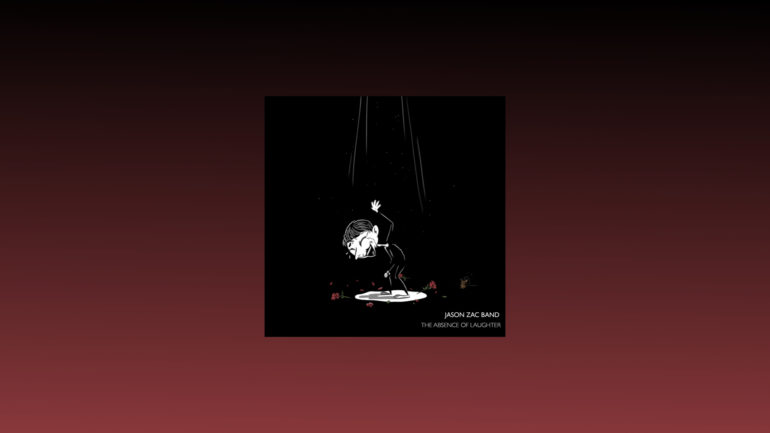 The latest guest-heavy addition to the Bengaluru-based prog band’s repertoire is a study in drama and virtuosity.

On the surface, the Jason Zac Band (JZB) is a no-fuss prog fusion outfit. Odd time signatures, flights of fancy from its roster of instrumentalists, effortless amalgams of distinct sonic textures are just some facets of the genre. The brainchild of multi-instrumentalist and educator Jason Zachariah, JZB is quite far removed from his previous projects like Allegro Fudge, where the songwriting was fairly straightforward.

On his latest The Absence of Laughter, Zachariah leaves no stone unturned. Dedicated to the memories of his late father, whose words feature on certain songs, and late friend Dennis Ostern, the album is a long-winded labour of love, clocking in at over an hour with a strong emphasis on the labour.

While tapping into a generous pool of talent in every department and from various corners of the country and occasionally the world, Jason assumes the bulk of the album’s compositional workload. Among the call sheet of musicians are previous collaborators Tony Das and Joey Sharma, flautist Ashwini Koushik, guitarist Ritwik Bhattacharya, drummers Kishan Baalaji and Matteo Fraboni, and vocals from Omkar Havaldar, Megha Shankar and Shami Mohan, with a few others in tow. The Nathaniel Choir also features on nearly every song, adding weight and a generous dollop of pathos.

Genre-wise, the album packs in a whole lot: from displays of speed and skill in ‘The Great Divide’ to arena-rock balladry in tracks like ‘Redemption’ and ‘We Keep Marching On’, musical theatre in ‘Death and the Moonlight’ and the title track and Western Classical in its reprise. Simply put, there is a lot going on.

The few common threads that do connect these songs lie in Zachariah’s piano playing, crucial to each in establishing its core. While heady and a little overambitious at times, his piano lays the essential groundwork by providing a foundational melodic idea that he and his guests build and extrapolate.

This is a double-edged sword in some ways. While these ideas can be deemed inclusive as they invite casual listeners to dip their toes in something that feels outside their depth, they can be viewed as naive and a little predictable. Then again, Jason isn’t really trying to reinvent the wheel, is he? The artist has done himself a favour by smoothing edges, lifting veils that prog musicians normally love shrouding themselves in.

There is some borrowing going on as well; melodies tease at you, making you swear you’d heard them before, either on a record or in a movie. Theatrical would be an apt description for a few songs on this record. Songs like ‘Parindey’ could easily find themselves in some character’s arc, while the main hook from ‘When a Storm Comes’ could easily slot itself into the background score, all the more if slowed down.

‘Redemption’ features a posthumous contribution from Dennis Ostern and offers a glimpse and reminiscence of Bengaluru-rock from not so long ago, while ‘Jellyfish’ has Jason sandwiching Hindustani improvisation from Omkar Havaldar, with his own scorching synth playing. This is probably the only instance of showboating from his side, apart from the fact that he’s played about a dozen instruments across the album.

The production deserves a little mention as it successfully makes room in each track for Zachariah’s different musical personas and the various pawns he employs. Only occasionally is there cause for concern, the odd vocal line being drowned out now and again as it fights for a room. A gripe would be that certain songs are a little sterile, even with the many heads at play.

As the album winds down, we are greeted with the final track. A titular reprise places Jason at his piano, conjuring a piece that could be used for the study. It is evocative, sparse, playful and dark all at once and is a fulfilling end to a meandering journey.