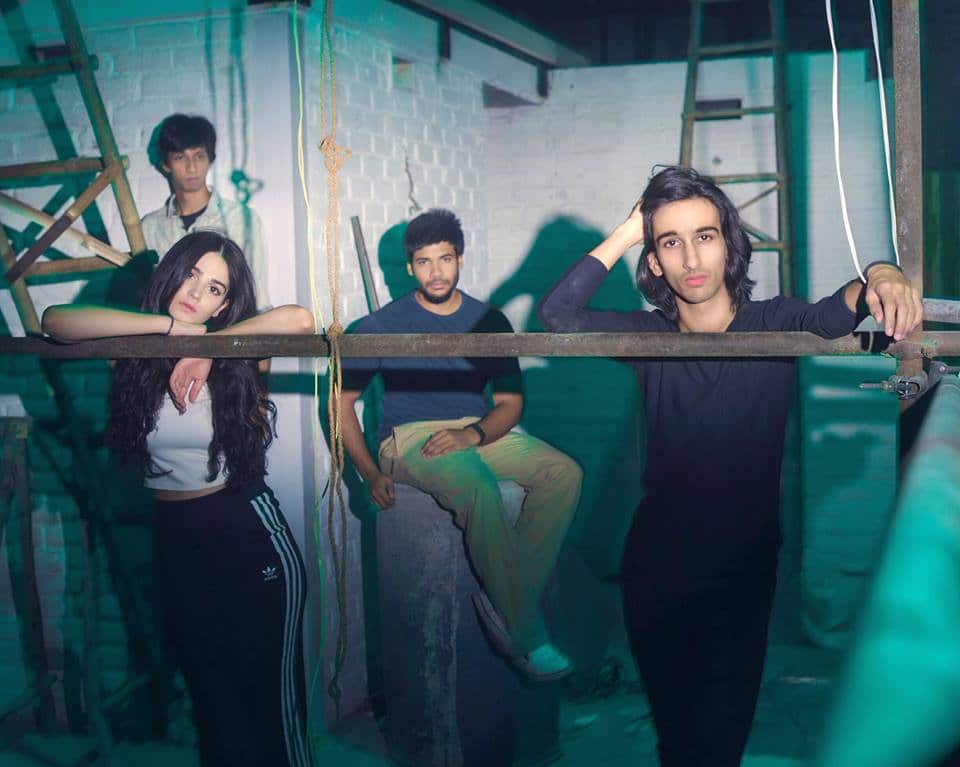 Teeth is a tightly assembled EP from New Delhi-based MOSKO

The thing with rhythm driven music is even the ones with the most left of feet and the most morose of hearts would want to indulge it. The dancers dance, the groovers groove and the rest at the very least, enthuse, albeit maybe viscerally. This has over the years led to the evolution of multiple genres, a lot of them concentrating on dance-driven music. Particularly consistent in its evolution has been dance-driven music, be it the synth-pop of the 80’s or the dubstep of, well, yesterday.

MOSKO as an ensemble is a confluence of fleeting cameos from multiple genres all culminating in some good old electronica. The Delhi based out band’s first EP, Teeth stays true to their personality, trying to dabble in varied spectrums of dance music. Founded by vocalist Kavya Trehan and guitarist Moses Koul, the band has enjoyed quite the following in the underground circuit. The album, all of four songs, has been four years in the making and doesn’t really disappoint.

‘Smooth,’ one of their most popular songs and a crowd favourite, is arguably the weakest of the lot. Reminiscent of early tracks of The Cranberries, the song has a mild reggae hangover in its melody and an in-form Moses Koul working in its favour.

‘Mosey Pants,’ is a peppy, rhythm-driven song, which has vocalist Kavya Trehan at home, using her natural drawl to ample use. Her energy in the song is reminiscent of her stint in ‘Take Me There’, a song that she collaborated on with EDM giant Nucleya. The guitars, which is truly the star of the EP, breaks character midway to kindle a brief yet hazy solo only to bring the song back to its punk rockesque groove. This one is destined to carve a niche for itself amongst aficionados of old-school dance music.

‘Ydek,’ is a slow-burning wintery composition, sensuously and efficiently crooned by Kavya, inarguably her best effort in the EP. The song, pacing lackadaisically, doesn’t take long to grow on you.

However, the true star of the EP is ‘Drance 109’. As is suggested by the portmanteau in its nomenclature, the song is conceptualised as a marriage of traditional electronica and trance. However, the most strikingly blatant element of it is some vintage industrial rock. The song, reminiscent of early works by The Dust Brothers and Clint Mansell particularly their respective works on the original soundtracks of David Fincher’s Fightclub and Darren Aronofsky’s Pi. The song, steered by a sinister melody, also incorporates a well-positioned heavy metal-like breakdown. Special mention must also go to Suyash Gabriel, who’s commendable on the drums. Industrial rock, which has had a dedicated niche all along, fell off the radar with the onset of era-defining electronica in the late 2000s. However, Indian musicians like Ram Sampath (Raman Raghav 2.0) and The Down Troddence’s Sushin Shyam (Varathan) have given the racy genre a nod in their works. ‘Drance 109,’ one of MOSKO’s favoured live acts, hopefully, would stimulate more songs in the genre.

Teeth is a tightly assembled EP, but the production of the songs leaves a fair bit to be desired. However, the ensemble deserves credit for fanatically sticking to its ethos and bringing forth a truly groovy album. This one’s also for the ones with the most left of feet.