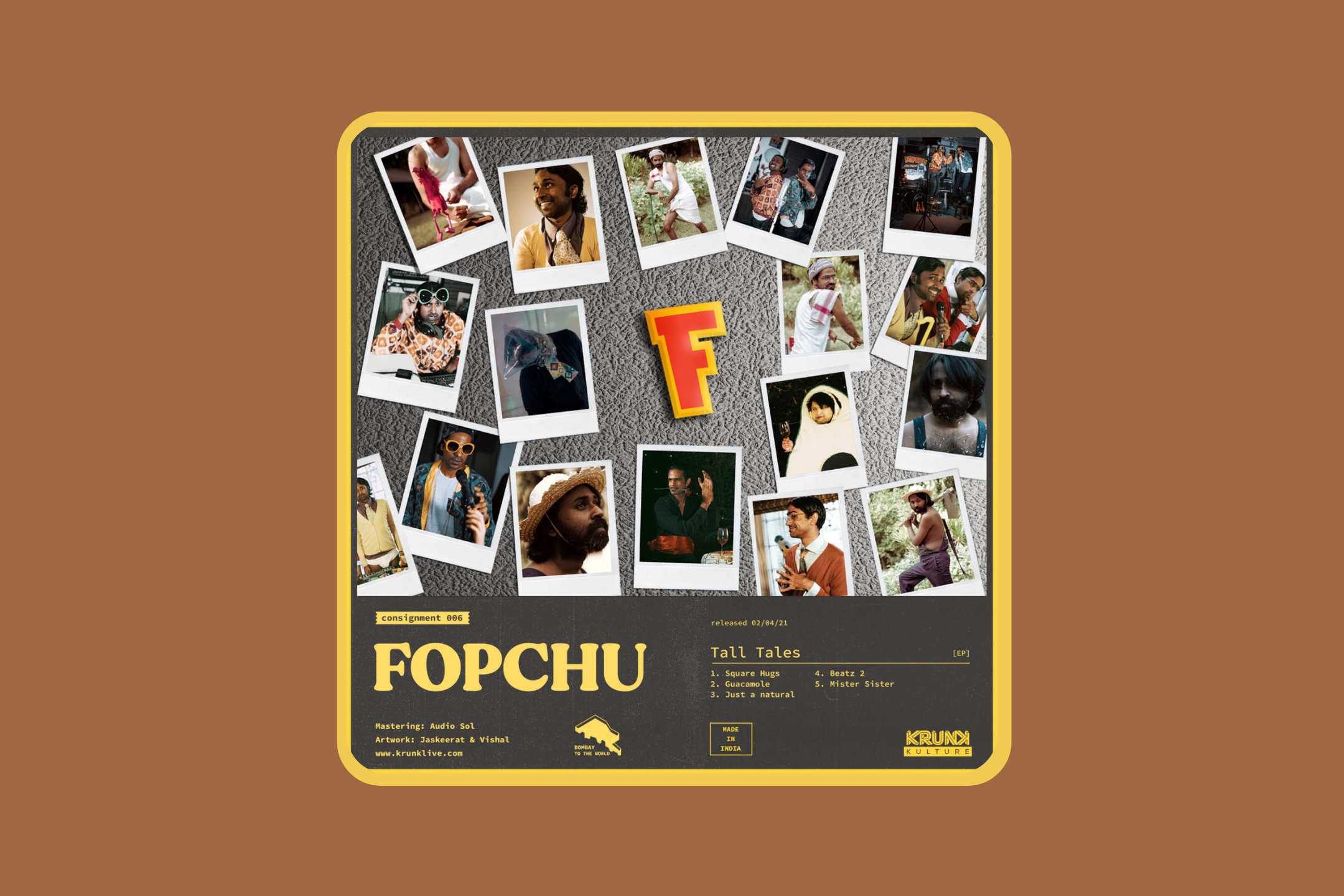 Fopchus Tall Tales enthrals with its experimental and funky sound

At the virtually held NH7 Weekender in December 2020, one performance far and away stood out from the others. No, it wasn’t international headliners The Lumineers, nor the surprise act of Lucky Ali. Unfortunately, it wasn’t even your mumbling indie artists sporting a flower-laced necklace.

Delhi-based electronic duo Fopchu blessed the audience with an enthralling 30-minute set, created specifically for the occasion along with skits and detailed visual cues that resulted in a complete laughing riot from the moment it began. While the recording of that event is locked away with the organisers, Fopchu dropped Tall Tales, an EP containing the songs from their set.

“It was originally conceived as a performance for NH7 weekender in Dec ’20 where these characters come to life in a 30-min video that’ll make your granny giggle!” Shantam Khanna and Siddhant Subramanian wrote on their Bandcamp page.
The 5-song EP kicks off with ‘Square Hugs’, a song lamenting a relationship on its last legs (and lack of cuddles — a truly upsetting thought. No really, this isn’t sarcasm, it’s a travesty).

However, it’s not until ‘Guacamole’ that the duo truly flexes their songwriting prowess. Combining a myriad of electronic sounds, including a theremin played by Stefan Kaye of the Ska Vengers, the 4:07 runtime is full of surprises. While the crescendo of the song seems like it’s coming with Khanna and Subramanian harmonising, there is no dull second in the entire track, ending with a wonderful piano solo interlaced with more electronic elements.

‘Just a Natural’ does well to mix the distorted vocals with an intergalactic sound, while Fopchu expands their range by introducing a drumset to ‘Beatz2’, a sequel to ‘Beatz1’ from their debut EP Milk Bred. Arguably the standout song of the lot, ‘Beatz2’ goes through several beat changes, ending with a much calmer sound than the listener would anticipate — quite reminiscent of Aphex Twins. ‘Mister Sister’ is sprightly and groovy closer to the tight collection.

The only downside to Tall Tales is that it isn’t longer. You wish that there was more to offer, and the diversity displayed by Fopchu in their production is overwhelming — but in a really, really good way.