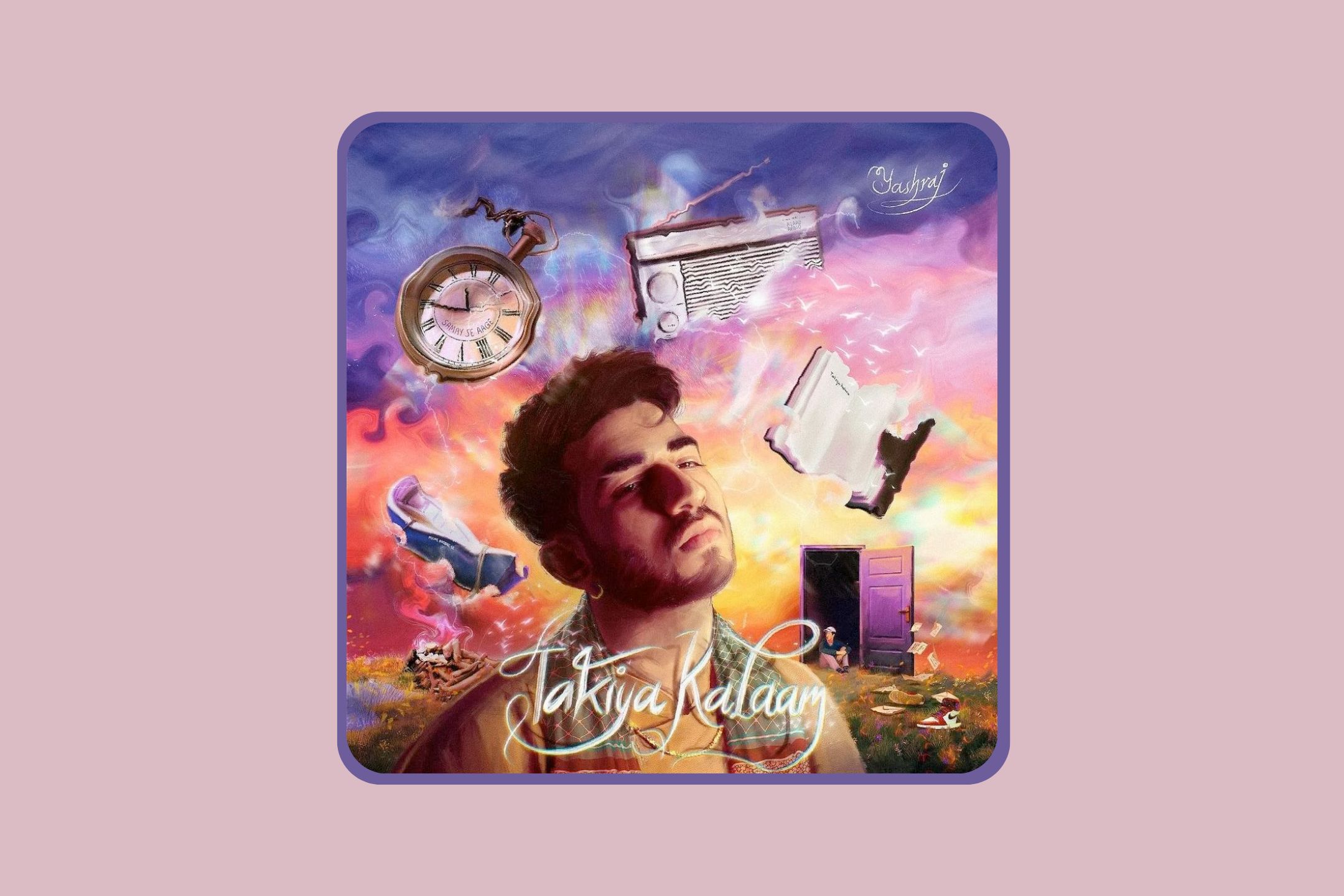 The fringes are forming within Mumbai’s hip-hop, no doubt owed to the spillover from unprecedented interest in all that the genre has to offer. Performers have taken it upon themselves to lightly brush the corners of the genre, both in the form of ambitious epics and ambitious outsiders. Slotting himself right in the middle is rapper Yashraj and his debut album Takiya Kalaam. At 22, the artist stands to be misconstrued as a novice. On the contrary, with a couple of short EPs, features with Zaeden, Lost Stories and Ritviz, and a sleeper smash in his hands, he stands in a comfortable space armed with all he’s learnt and little to lose.

For the album, Yashraj enlists producers Dropped Out and Akash Shravan, splitting the album down the middle with the former handling the first half. Dropped Out, a busybody with a mess of features under his belt, exhibits some smart sampling of piano as the melodic axle. The first three tracks are imbued with a haunting undertone—the beats, understated, gently offering support to the rapper’s impassioned delivery. Akash shows up with his Bengaluru-based bag of tricks for the second half, and it’s like night and day. The producer turns back the clock, the beats evoking some mid-90s hip-hop as Yashraj puffs his chest just that much more. The songs have noticeable melodic hooks and choruses, arresting in their ability to get stuck in your head. The allure of ‘Doob Raha’ is instant, packing a killer refrain that can’t be overstated.

The album clocks in at about 20 minutes, carrying a sense of uniformity in its different tracks. A trait that I had not noticed until Spotify politely began shoving recommendations at me. Tracks melt into each other, both producers keen on retaining an aesthetic, with additional feature Lambo Drive acting as the proverbial dividing line. While this uniformity is appreciated, moving away from it makes the cracks all the more obvious. This is a well-made album, no doubt. Yashraj has found a personality that hasn’t shied away from borrowing. Not egregiously, only shades of other peers in the scene. ‘Aatma’ can be mistaken for a deep cut from Prabh Deep’s Tabia, barring the language.

The relatively brief runtime can lead to a blink-and-miss, as a decent portion of this LP carries interludes and segues. Lyrically bilingual, the themes aren’t necessarily new: an outsider looking in that is on the come up, looking to give the scene the violent shake it needs. Coming back to ‘Doob Raha’. What a hook! There is so much inherent swagger in the delivery, with Yashraj riding the beat like it owes him money. And then the madman goes and rhymes industry standard with industry standard! The final moments with the repeated “Mujhe doobne de” is the record’s peak, without question.

Takiya Kalaam  is a great opening statement for an artist who deserves the hype. A gripe, however, is the lack of edges. As mentioned before, while being shunted around the recesses of Spotify, the album can come off a tad sterile, betraying a shortage of certain traits found in the rapper’s peers—not that he needs to do any of these. Everyone does their job well, yet there is an uncomfortable glossiness to the record, reflecting an apprehension towards taking risks. It’s still a fun record, a swift 20-minute romp that wraps itself up neatly, but expecting anything more would be an overreach.