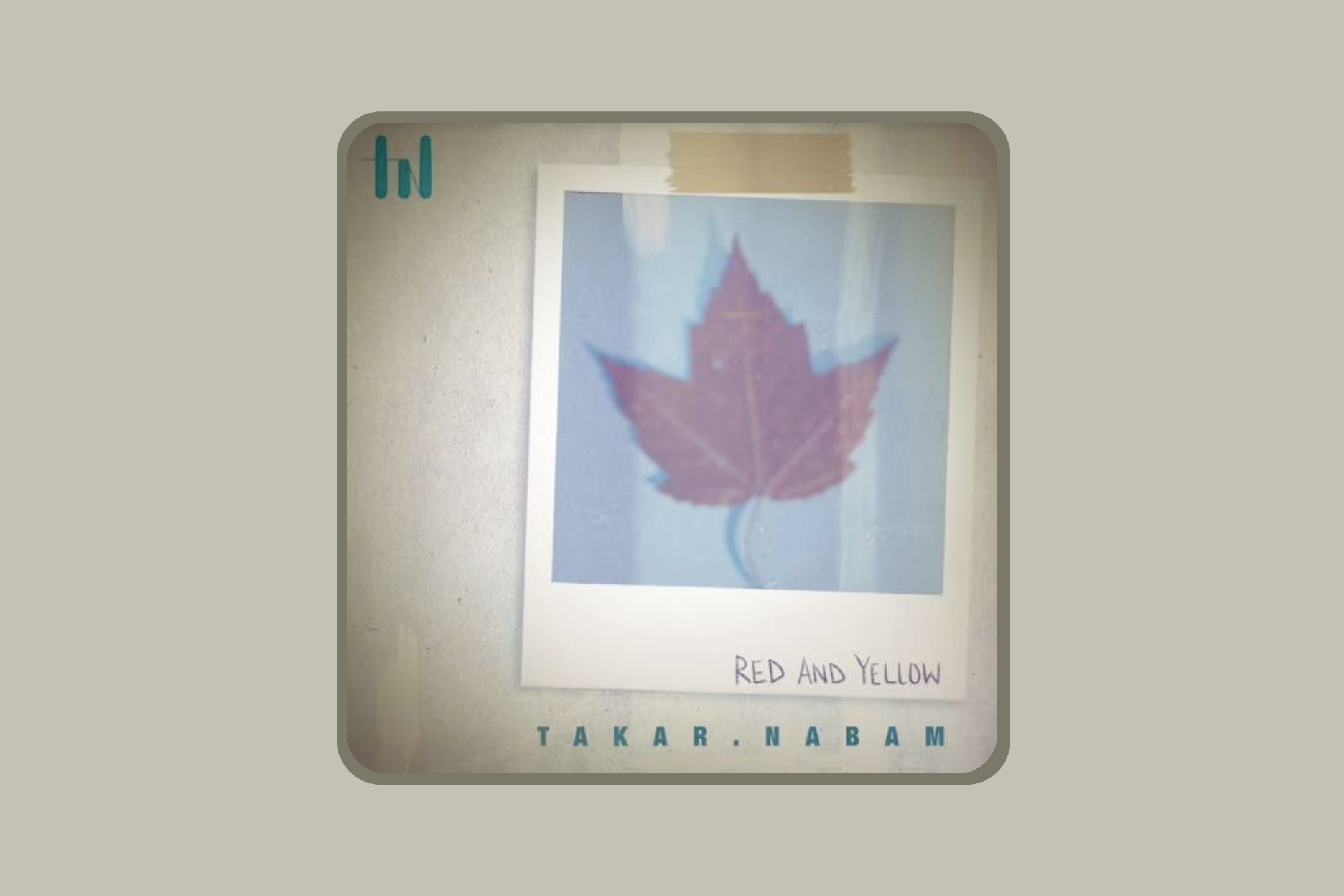 For many years now, Arunachal Pradesh native Takar Nabam has been celebrated for his chops as a guitarist. In fact, his virtuosic fretwork is how he first rose to prominence in the independent music circuit, having opened for India’s Metallica performance in 2011 as part of his heavy metal outfit Guillotine. Since then, Takar switched gears to indie rock, and steadily rose to become one of the biggest independent musical acts from Arunachal Pradesh, the first ever from the state to perform his English and Nyishi songs in the United States—New York’s Rockwood Music Hall to be exact.

With his latest five-track EP Red & Yellow finally launching on streaming platforms, he diversifies his catalogue with the mellow twang of blues-pop and delivers some of his best songwriting till date. In addition to displaying his well-earned mastery over instrumentation and composition, he now spotlights his skills as a storyteller. With a gamut of production collaborators including Grammy-winning Michael Fossenkemper on mastering duties, he shifts his focus to delivering a cohesive narrative arc.

On this EP, he reflects on themes like impostor syndrome, a loss of identity, and sacrifice. The topics explored on Red & Yellow are nebulous, and as he puts it, “hauntingly tragic” unfurling over several listens. For the casual listener, the songs envelop them in a blissful, comforting embrace of warm blues-rock guitar lines, rhythmic percussion, and wholesome melodies. But for those who take the effort to listen closely, Takar’s songwriting is an effective foil that often delivers an emotional gut-punch couched in whimsical poetics.

Opener ‘Quiet A Story’ is testament to his storytelling prowess, as the listener is instantly drawn into the cowboy-like tale of Takar and the alienation he experiences after returning home and being unable to speak the local dialect. And while these are universal themes that have been employed countless times, Takar avoids clichés. Case in point is ‘Goodnight’, the standout tender cut whose visuals reimagine the relationship between Laika, the first dog in space who tragically died, and her Russian scientist owner. If you’re really looking to shed some tears, take a look at the heart-wrenching animated music video.

Slightly pivoting his material from more traditional rock structures to a pop-laden concoction of R&B and blues widens his musical canvas for experimentation and play. On the genre-bending, ‘A Crime’ he pairs a medley of galloping guitar lines, gentle pads, twinkling piano with a criminally catchy hook, “Not calling you that night could amount to a crime.” And just when you least expect it, he somehow incorporates even more styles into the mix, complete with a reggae-led interlude and soaring electric guitar solo to close out the track.

Takar has always stood out to this writer as a true representation of Indian indie, both in his sheer musical prowess and meteoric rise, as well as in the smaller things, like how he retains his accent while singing or continues to make songs in Nyishi, as in this EP. And infusing the traditional Himalayan dramyin into what are essentially Western styles of blues and R&B tracks comes across as yet another Easter egg that pays homage to his roots.

Even in between albums, the artist doubles down on expanding his palette and doesn’t hesitate to tap into a wide range of genres to enrich his catalogue. In addition to his knack for crafting one radio-friendly hit after another, his propensity towards continuous experimentation and the care taken to incorporate new genres in inventive ways is equally worthy of celebration. Whether you’re listening for the shapeshifting guitar compositions or the simple yet hard-hitting words, expect to be fully satisfied.