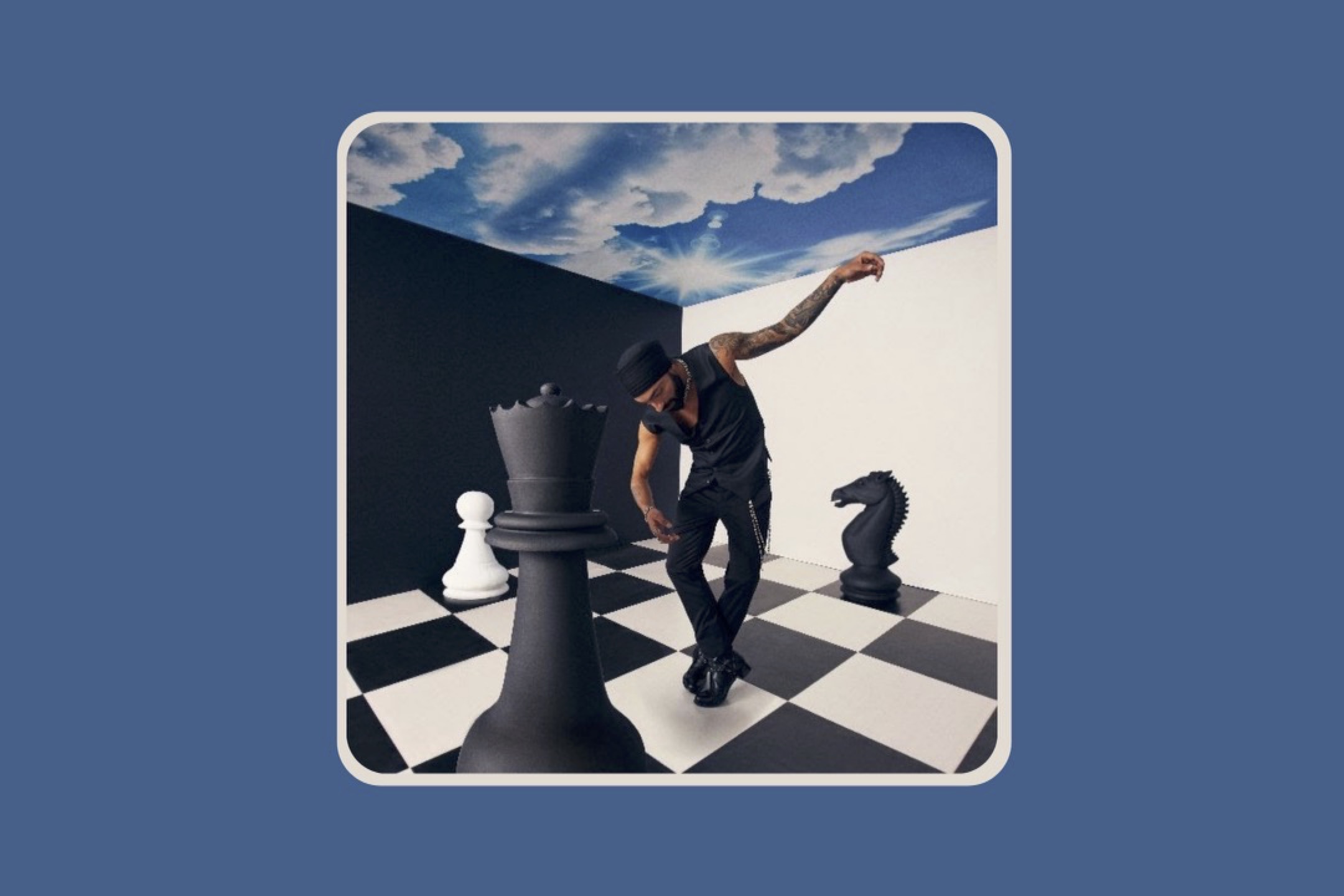 Desi hip-hop has presently found itself at a unique juncture. While its trajectory has been meteoric, to say the least, it helps to be self-aware enough to understand its initial allure. The current mainstays emerged at the right time and propelled themselves based on the freshness of the genre alone. Its consumers were fine with anything and everything doled out to them, topically and rhythmically, and the beats remained placid while the poetry went from eye-opening to eye-rolling. Then came the hangers-on in the form of YouTubers and Internet persona loading up half-arsed diss track upon diss track in a self-subsuming exercise that probably made more money than sense, clearly catering to a demographic that was already impressionable to begin with. For a genre that relied on message, it took very little for folks to subscribe to surface level platitudes.

Prabh Deep was initially a victim to the very same malaise. My previous interaction with his art form, a music conference in Chennai many moons ago, yielded very little by way of his actual intent and direction. In hindsight, I was privy to an artist finding his way in relatively uncharted waters. I hastily began writing Prabh Deep off as a flash in the pan, erroneously pre-judging his initial foray as a vacuous cash-grab that would fizzle out once sense and good taste prevailed. Class-Sikh was the first sign of an ascent. Prabh Deep exposed existent societal ills in his neighbourhood of Tilak Nagar on the back of smart beats and of Sez on the Beat. Collaborations with like-minded cohorts like Seedhe Maut followed. Prabh stepped up his game, both with his collaborative choices and the accompanying music videos, with the follow-up EP KING. The rapper developed a narrative structure unique to him, involving himself further in the production and arrangement as he parted ways with regular collaborator Sez On the Beat. Prabh Deep seemed welcoming of softer edges that didn’t hinge on the genre’s predisposition to aggression.

Which brings us to Tabia. A staggering 55-minute concept album about the artist’s inner workings, desires, the struggle between a piece of the pie and inner peace, Tabia might go down in history as one of the biggest Hail Mary passes in the short timeline of desi hip-hop. The album has Prabh Deep lyrically baring every inch of himself in full view, from his rough beginnings in the neighbourhoods of Tilak Nagar, to his material ambitions as a rapper, from the disillusionment he feels halfway through, to the solace he begins to find. The sonic palette on offer is diverse. Genres melt away through a rich tapestry of samples, airy synths, horns and strings all kept together by airtight bass and drums off all kinds.

Opener and titular ‘Tabia’ sets the stage—a short, quasi-motivational lament about free will, fear and love. ‘Qafir’ introduces the artist, jaded yet focused on his unrelenting pursuit of money and fame, and is suitably decadent in its trap production. ‘Paapi’ unveils the all-too familiar feeling of surrounding oneself with yes-men and hangers-on. Reality is a blur as the bigger picture recedes in the haze of temporary adulation. The aggression is put aside in ‘Preet’, a pleasant mid-tempo romp that is quite danceable, hinting at the protagonist’s search for peace in the arms of another. And another. And another. Each track is a reiteration to the listener that this is not their regular programming.

‘Taqat’ takes us back to Tilak Nagar, Prabh’s protagonist consumed by the violence, drugs and corruption, three “verticals” that he successfully conquers until stopped in his tracks by a local gangster. This begins the middle third of the record, the protagonist realising the life he needs to leave behind for the life he wants. The aggression and 808s return on ‘Alope’ and ‘Antar’ and the message is crystal clear—conquer or be conquered. He is exhausted and sleep-deprived, but can’t stop now. ‘Antar’ also yields one of the album’s catchier refrains. ’Abaad’ slows down the pace and has him confronting his demons and attaining the resolve to go it alone, while ‘Qaabu’ is a largely instrumental segue, with many sounds on offer including birdsong and about three different beat changes as the character wrestles with his inner thoughts.

Around this point, fatigue kicks in, with the listener dropping out ever so slightly before being slammed back on the mat with ‘Hukum’. Here we have the album’s centerpiece, the protagonist having attained a degree of enlightenment as the refrain of “follow me” is backed by some of the grooviest rhythms. A banger, indeed. Prabh unveils another persona as he morphs into the teacher, the gospel preacher in breakbeat-leaning ‘Babur’, while the catchy ’Waqaf’ places him at his most vulnerable.

His goals are clear, be it selling out stadiums or travelling the world or just being Prabh Deep again. With this, we enter the final third, ‘Gyani’ offering the view of Prabh shouldering the responsibility of his newly enlightened self. There is an instrumental shift as acoustic elements take over, a motif continued on ’Sthir’ as the rapper retraces his steps from the start, citing reasons for his disquiet, reasons for a change. ‘Safar’ brings the album to an end with a sickening twist—Prabh has forgotten who he is and who he becomes during the course of ‘Tabia’. The song turns the album into a nightmarish loop.

As ‘Safar’ enters its final moments, I sit back with my head in my hands, truly floored by the ambition and scale of this record. Musically the album has been near-flawless, each decision hitting the right nerve with crushing accuracy. The beats, the bass, the production on almost every track feels meticulous and pointed, save for minor decisions towards the end. It isn’t without its sparing shortcomings; the occasional English features seem out of place and mildly tacky, like a fish out of water. Despite that, Tabia is evidence of an individual in complete control of their sound and vision. What is truly striking is how free, unbridled, unburdened the artist is by the weight of the material he carries. In a quest to prove himself he goes forth, calmly leapfrogging personal milestones with the most delicate of flourishes, within touching distance of his final form. It won’t come as a surprise if this record is cited as a turning point for either Desi hip-hop or Desi artistry as a whole and I, for one, can’t wait.

Mainu ehna pata ve, Mainu sab kuch nahio pata. (This much I know, That I know nothing)