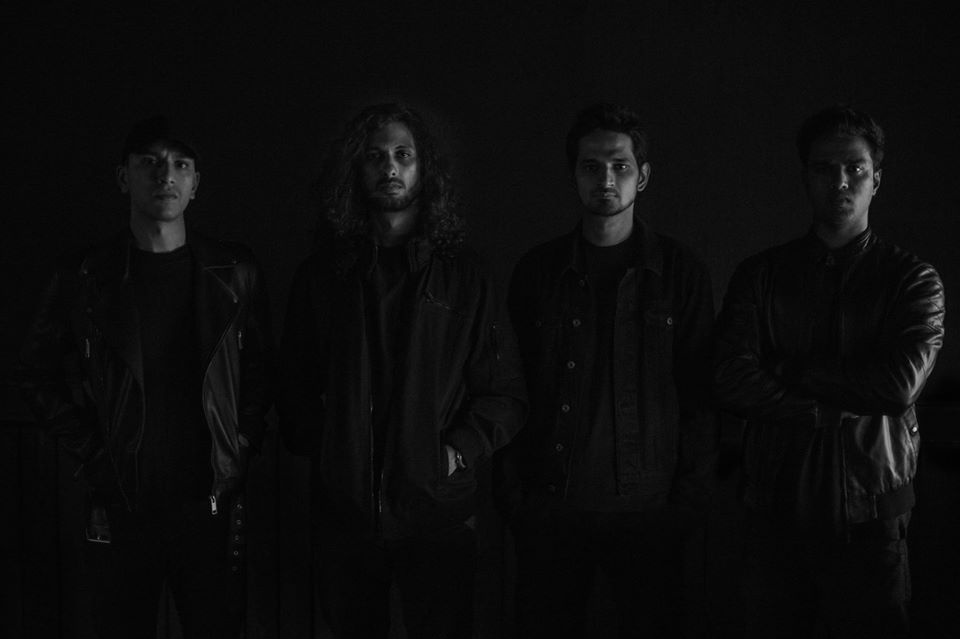 Swarm is a potent and aggressive addition to Godless discography

If you’ve ever wondered about where “death metal” gets its name from, then you’ve come knocking at the right haunted mansion. Godless is a group of four death rockers hailing from Hyderabad, India. Within a year of their formation in 2015, they turned heads all around the world with their adrenaline-fuelled debut EP, Centuries of Decadence. The EP received widespread acclaim from anyone with the stomach to confront their brash and wild instrumentation. They are known to be incredibly prolific with numerous visually spectacular live performances all over the world. The band, like many contemporary death metal acts, is clearly influenced by the big bad boys of the 80s and early 90s. However, they do a great job at blending, twisting and contorting these sounds into a novel and interesting listen.

Swarm is the band’s haunting, and almost inhumane follow up to Centuries of Decadence, ceremoniously coinciding with Halloween. The band somehow manages to be louder, more aggressive and blisteringly abrasive with this addition to their discography. The EP is a white-knuckled experience from start to finish of its 15-minute runtime. The four tracks all seem to have been built off a unified template, which ties them together into one apparition of a package.

If you find yourself on your regular evening stroll down the valley of death and you discover a trail of punctured bass drums and shattered cymbals, you’re probably dangerously close to the four horsemen of the death-thrash-apocalypse. The EP also marks the band delving into horrorcore with themes of occult, reanimation and cosmic horror. The prelude to the EP, ‘Exordium’ drags us through a haunted mansion ripe with grotesque activity all around with creaking doors and distant echoes of I-don’t-even-want-to-know-whats. The four tracks after that feature some impressive shredding fueled by some intense shredding which engenders visuals of wild pagan worship. The percussions in this EP are also pretty innovative, sounding very unhinged and unchained to the rest of the track. This adds to the wild and horrifying aesthetic of the record, exemplified in the track, ‘From Beyond’.

‘Infected by black’ is not too dense by black metal standards. However, it delivers the same level of intensity with its gravelly vocals and uncompromising solo. The track is exactly what we need to run away from the forsaken mansion. Other songs get darker and more nihilistic, a soundscape that is not purely driven by lyrics alone.

In songs like ‘Death Cult’, we are put right at the business end of vocals that are so intense that the sound like the lead singer regurgitating his entrails. The closing track, ‘Empty Graves’ is the thrashiest of the lot and takes the ideas from the rest of the album and dials them up to eleven. You can barely keep up with the tempo as we are right in the eye of a death-ridden hurricane, punctuated by the gut-wrenching extended growl towards the end.

In 15 minutes, the quartet delivers something that most metal bands rarely do. The EP is tight with very meticulous production and all the songs blend in seamlessly with each other. However, the album does feel a bit derivative at times as some of the ideas are cliche at this point and are poorly replicated. That being said, Swarm is far from being a dud and is a formidable force in today’s metal scene.