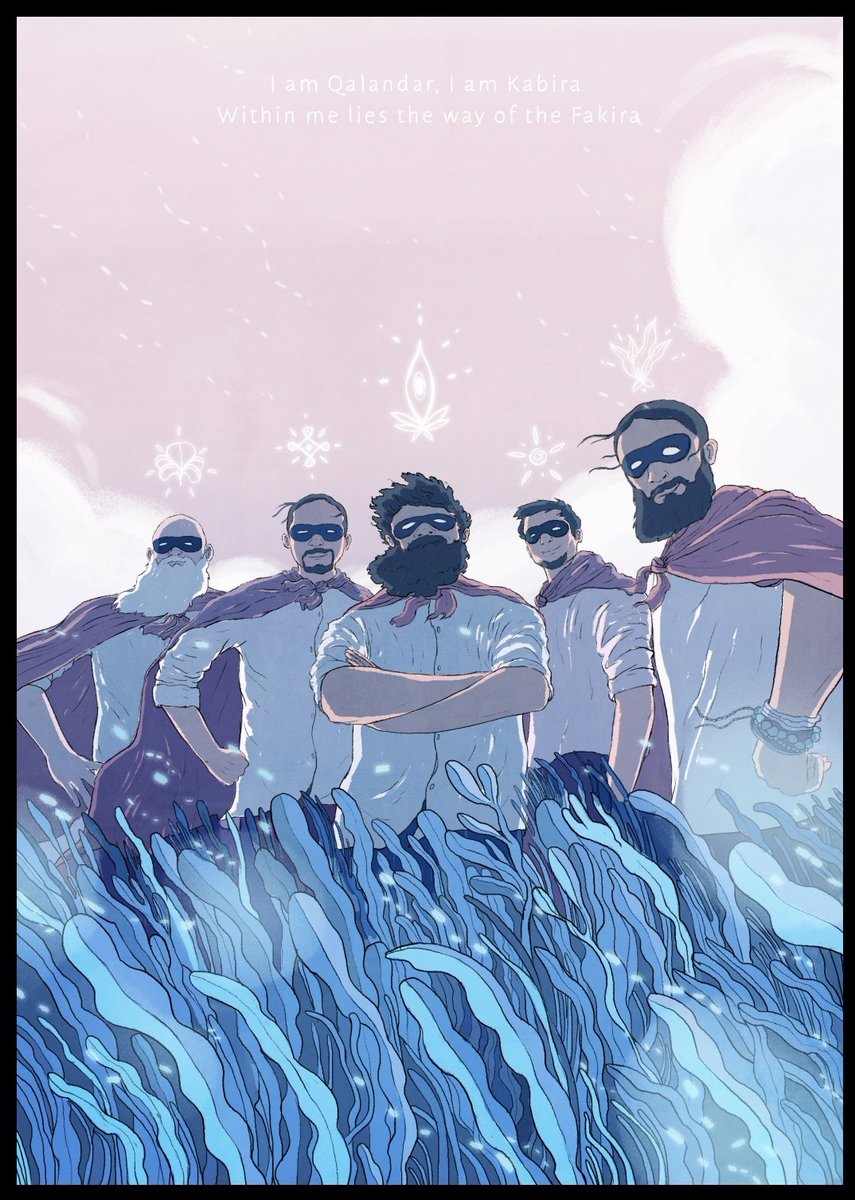 It has been a decade since Swarathma’s eponymous debut album and six years post its second and tepid Topiwalleh. In Raah E Fakira, Swarathma consolidates its strengths and comes surefooted. A rebirth of sorts, they said in a recent interview. There is no denying that. Their latest offering is a production that wonderfully identifies and plays to the idiosyncrasies of the band, and then some.

A quick look at Swarathma’s Instagram tells us that there is more to Raah E Fakira than what meets the ears, so to speak. The ensemble is known for creative cover-arts; this time, they are going the extra mile, to invest in creative visual storytelling (“a graphic storybook”). This is evident in the illustrations already out for some of the songs. To quote them, “Raah E Fakira is a unique blend of music and art.”

The storytelling here has multiple dimensions besides sketch. Lyrics and accompanying videos do their part. Take ‘Beta Sweater Pehno’, for example. The song uses comical elements paradoxically to bring out melancholy. The story is a commentary on the gravity of pressures faced by a school-going child. Talking directly to the parents and perhaps the children too, the song keeps the format and lyrics grounded to its audience.

‘Aasman Ki Dukaan’ is instantly uplifting, pardon the pun. The song turns the simplicity of the composition (and the underplayed chorus) to its favour completely. The percussive portions storm the song periodically around the titular hook, a very welcome addition to the song.

The song that has a bit of Topiwalleh hangover in this album is ‘Jiya Lagaaye’. The humming portions that recur in the song make up for the otherwise lukewarm track. However, it feels like the spirit of this song partly resides in another song. ‘Mazloom’ is a beautiful blend of genres. The song begins in a qawaali template; and transitions into an almost middle-eastern-rock sound. The segue back to qawaali is seamless.

The title track of the album is fresh and is sung wonderfully by the lead vocalist Vasu Dixit. The song is anthemic and is a fitting opening track to this primarily rock album. Recently, the band released a video for the song, which captures some very interesting frames.

The Bengaluru-based band signs the album with a Kannada folk song ‘Jangama’. Two previous instances that this harks back to are ‘Ee Bhoomi’ from their debut album and a fusion of languages they did with ‘Duur Kinara’ in Topiwalleh. ‘Jangama’ is yet another interesting folk-rock fusion. It doesn’t have the haunting and angsty backdrop that made ‘Duur Kinara’ (thanks to Shubha Mudgal) stand out. In this case, the fusion works so well making it a definitive pick of the album.

‘Kaash’ has a lilting tune to it. The heavy-rock mid segment of the song belies the beautiful melody the song is and reminds us of the title track of Topiwalleh. It also feels like this song is everything ‘Topiwalleh’ wanted to be. ‘Manwa’ begins with an endearing guitar riff, before breaking into the extremely catchy ‘O Re Manwa’ call. The highlight of the song, undeniably, is the stretch of the violin that soon follows. This song is written for the live audience and is a definite crowd-pleaser.

The longest track of the album is ‘Sangat Ki Rangat’. The song is representative of the album itself and also of the music that Swarathma produces. The repetitive ‘Sangat Rangat’ phrases in the latter half and brings the soul of the song out. The fading climax ties back neatly to the beginning — play this song on loop.

Swarathma’s rather hefty investment in time has paid off well in Raah E Fakira. It leaves us looking forward to the rest of the storytelling pieces in the offing.