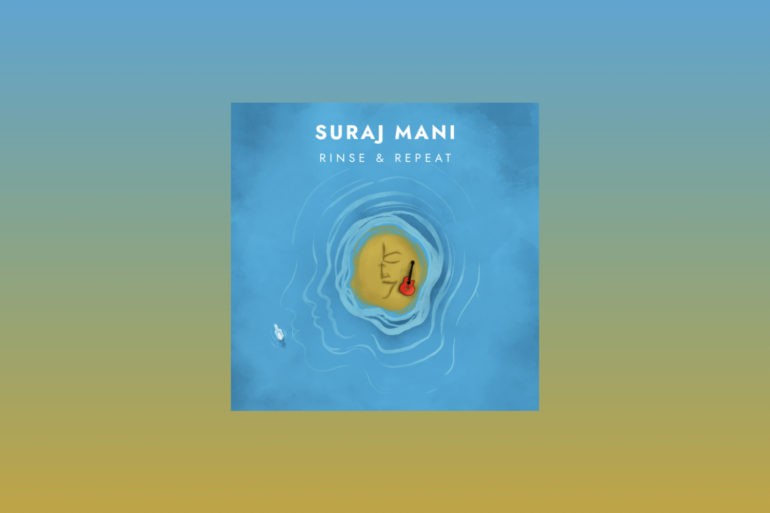 A name like Suraj Mani rarely needs an introduction. A pillar of the Indian independent music scene, Mani is no stranger to putting out original music on a regular basis. Being a champion of Kerala’s specific contribution to the said scene, his erstwhile work with Motherjane, particularly Fields of Sound has left an indelible mark on Indian prog-rock, to say the least. Mani later formed Tattva Trip and released more original music, perhaps suiting his vocal style a little better while exercising his songwriting chops without the flash of previous outfits.

His first release in 8 years, Rinse and Repeat harnesses much of Mani’s trademark vocals while experimenting with fusion, Indian percussion in particular. To carry this out, Mani has enlisted a bevy of names familiar to the independent scene. Produced by Keshav Dhar, the crew includes Harshit Mishra on bass (Hashbass), Aman Mahajan on keyboards, Karan Deshmukh on tabla and Cajetan Dias on strings.

Now with all that in mind, it would be easy to assume that this 4-track EP would be a walk in the park, wouldn’t it? That is exactly why it is a little surprising to find it a little flat, staid, almost like a plateau. Calling this EP experimental is a little gauche. Right from the top, with the eponymous album opener, the singer opts for safe rather than experimental.

Ballad-like arrangements that struggle to impress, the table acts more of a placeholder than any sort of benchmark for experimentation. Granted, the idea behind the EP is to put Mani’s vocals front and centre, which it does. This is, by no means, a hatchet job on the man’s vocal chops, the singer sounds as good as he always has, no doubt. It’s the songs that have suffered a little due to an apparent lack of attention.

Back to the titular EP opener. ‘Rinse and Repeat’ is reminiscent of all those ‘00s alt-rock and post-grunge bands that tried “going acoustic” for the odd song or two. Let’s be honest, we’re all trying to forget those bands since they hardly have a place in our psyche now; the angst frivolous and childish, the music propping up the staleness quite effectively. I’m looking at you, Staind.

On ‘Sacred Ground’, Mani pays obeisance to his vocal prowess, flitting between his trademark throaty howl and some Konnakol, but that’s about it. The EP’s closer, ‘Samsara’ is baffling, to say the least. Forty-one seconds long, the track features acoustic plucking and the lines “Until bliss is permanent, tendencies return, every emotion thus pertinent, the still centre churns”. Mani puts on his best Jaggi Vasudev impersonation to good use, keeping things to a slow drawl. However, even the forty-one seconds feels like an eternity.

‘La Petite Mort’, though, is worth talking about. Musically and lyrically, it’s the furthest the EP stretches even though Mani masks the subject matter with plenty of metaphorical smoke and mirrors. Cajetan Dias and Aman Mahajan spin a masterful web of strings and piano around this ode to the orgasm. Mani follows suit with melodies that take ambitious leaps into the dark and melancholic, a nod perhaps to the “sinking feeling” we all know about. This track could have provided a more fulfilling end to an EP that maybe falls a little short of the mark, especially if it’s your first in 8 years!

Rinse and Repeat is out now as an Apple Music exclusive.