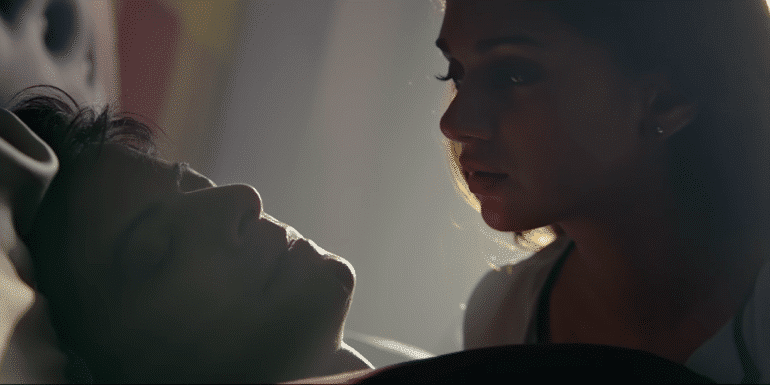 Sudhir Mishra is known to make unconventional films, and five years after Inkaar, he is not going to disappoint. The upcoming Daas Dev is a reverse story of Sarat Chandra Chattopadhyay’s Devdas, with influences of Shakespearean dramas like Hamlet. Unconventional films promise exciting soundtracks, and the Daas Dev album is interesting in the circa 2018 Bollywood sense – it has seven tracks from five composers, without any remixes (gasp!).

Composed by Vipin Patwa, Atif Aslam sings ‘Sehmi Hai Dhadkan’, a song which progresses like a rock anthem. Patwa’s other track ‘Tain to Uttey’ is rendered beautifully by Javed Bashir and one wouldn’t be blamed for mistaking it for a Coke Studio Pakistan production, not just because of the excellent singer, but because of the melody and arrangement. It is a compliment by all means — Bashir shows his mettle, and Patwa’s melody and improvisation of the folk and contemporary fusion are great.

Arko has a single contribution to Daas Dev, a track titled ‘Rangdaari’. The song is very Arko (which also includes the gentle ‘Despacito’ touch on the piano), sung by Navraj Hans and the composer himself. The song is only passable and not worth revisiting.

Sandesh Shandilya, who composes a lot of gems without many noticing, has once again got the trust of Sudhir Mishra and has created two tracks on Daas Dev. The brilliant Rekha Bhardwaj sings ‘Challa Chaap Chunariya’. How well do Bhardwaj’s naturally semi-classical vocals sound arranged to an electro-pop background that also includes sarangi? Papon and Shradha Mishra sing the pick of the soundtrack, ‘Raat Din Yunhi’ where Shandliya weaves a dreamy soundscape with his somewhat retro arrangement.

Anupama Raag’s ‘Azaad Kar’ is impressive! It sounds rustic and earthy, and Swanand Kirkire’s vocals are perfect here. Despite Sandesh Shandilya’s good work, it wouldn’t be wrong to suggest Raag’s ‘Azaad Kar’ sounds the most cohesive and well-done track on the album. One hopes she gets more chances to show her promise.

Shamir Tandon composed ‘Marne ka Shauk’ opens like the Emraan Hashmi songs that have been missing from the radio in the last few years. The song is not as one-dimensional as it progresses with Papon and Krishna Beura rendering it well. Regardless, its a weak track with nothing to really take away.

Daas Dev is a good old-fashioned Bollywood album (that is ironically delivered through five composers) that has been missing since the trend of remixes and remakes came along.