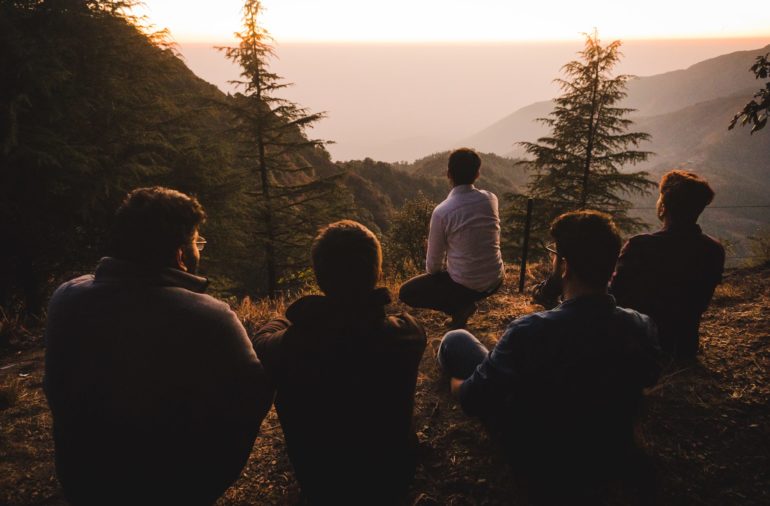 Today’s most sought-after instrumental rock outfits are inadvertently post-rock. Whether it’s American post-rock band Explosions In The Sky, Irish band God Is An Astronaut, Scottish rockers Mogwai, Australian guitarist Plini, or the Icelandic heavyweights Sigur Rós. Instrumental rock is a genre that has been at the receiving end of a multitude of influences and identities for the better part of the 20th century well into the 21st. From rock in the 50s to progressive rock in the 70s to solo guitarists in the 80s and now a slew of post-rock projects in the last decade, instrumental rock is in a state of flux.

Among upcoming and nascent instrumental rock acts in the country such as Pune-based ambient instrumental band Celestial Teapot, post-rock band Brothers on Board from Chandigarh or the Carnatic progressive-rock outfit Ahora, Submarine in Space from New Delhi is sure on its way to carve out a spot for itself in this very niche genre. Formed in 2015, the band constitutes guitarist Abhishek Mittal, keyboardist Raaed Ehsan Azim, Bassist Madhur Chaudhary, Vaibhav Ahuja on the drums and Sayan Sinha on the violin and the flute.

Its debut album Wavelengths is a culmination of three years of hard work. Inspired by genres including old-school jazz and Hindustani classical, in its new album the band talks about “How people from different time eras in the world are always in sync.” Each track is also accompanied by some stunning artwork from Rajmouli Dixit.

Standing at seven tracks tall, Wavelengths’s run-time of 45 minutes makes for a tight listen. Right off the bat, Madhur’s bass shines from the inside out. The opener ‘Prince of Rumada’ has a weeping, sombre bass that characterises the first few minutes of the cut. The gleaning tension and energy implode with a very satisfying crescendo at about the five-minute mark. The track is a very bold and unconventional choice for an opener, but a genuinely welcome one.

‘83.83’ is the monster of the lot standing at a little under nine minutes. There’s almost a marching quality to the percussion on this track that’s incredibly infectious. The cut features some maximal riffs, strutting their guitar chops across the sonic landscape. Sayan’s violin swerves like a hammer against the wall of sound, really giving ‘83.83’ a lot of pizzazz.

Third on the roster, ‘Jamilahn’ has probably the most character, her sound vacillating across the seven-minute spectrum. With a mind of her own, the track teeters on the brink of a groovy and foot-tapping melody that is under-girded by a hypnotic percussion. The song ends with  T. E. Lawrence’s famous line of advice: “The trick, William Potter, is not minding that it hurts.”

‘Meraki’ establishes a solid footing with a beautiful melody from the get-go. Among the longer tracks at eight minutes, it simmers in a very suave yet thick aesthetic soup. The violins and loungey guitars assist well in amping up the luxurious sound. The following track ‘Incense’ is easily the most experimental of the lot. With dramatic keys sprinkled across, the raw energy blatantly slaps. There is a very distinct electronica vibe folded into the mix as well. The album closes on ‘Take Off’, a groovy finale with a befitting title.

Although each track is roughly about seven minutes, with an exception, none of them outstay their welcome. Coming out of the tail end of this album, what’s most compelling is that each instrument shines. Both individually as well as in the grand scheme of the album and everything. Everyone has a moment, whether it’s a big finish or a centrepiece or a repeating motif. Spirits are high, energy is palpable, and the groove is on. The band nudging coaxes its listeners to come aboard its sonic submarine and join it on a ride, and what a ride it is.

Submarine in Space is currently on a four-city tour to celebrate the Wavelengths album launch.