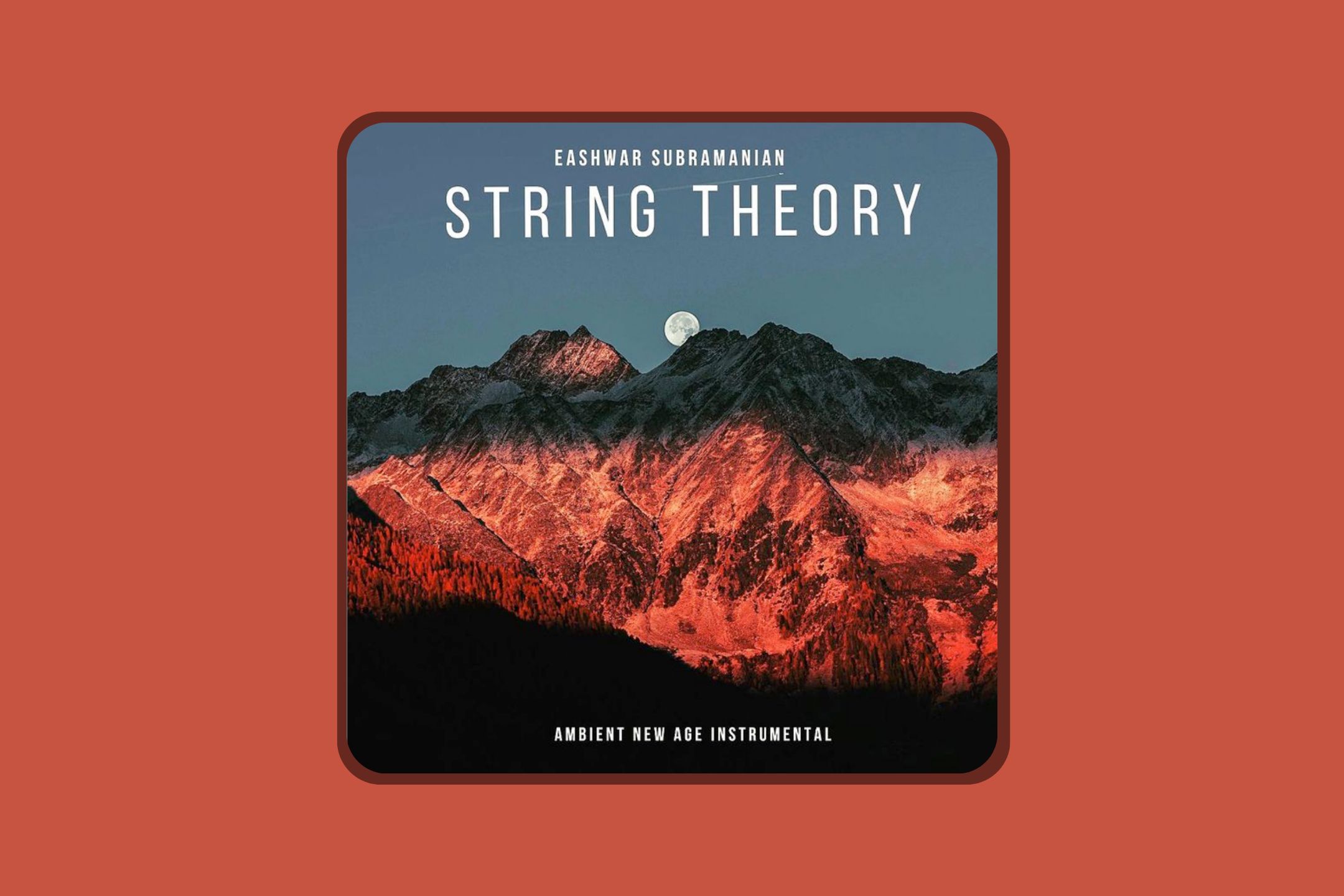 Bengaluru is a city that has now been home to genre-bending artists paving bold new directions when it comes to instrumentation. This is the same land that has produced artists such as Until We Last, and to carve a niche within this space is both an accommodating and daunting affair. String Theory, the latest release by Eashwar Subramanian, now in his fifth year as a Bengaluru-based ambient musician and producer, will be viewed in this context. Does String Theory—and Eashwar at large—find this culture conducive? Do they fit in? Do they want to?

As the album art itself visually represents, String Theory is out to chart terrains unfamiliar. It is a five-track EP, and as the subtitle proclaims, a piece of “ambient new age instrumental”. As we shall shortly discover, in a titular and tonal sense, the album is constructed to resemble an actual journey from the plains to the hills, culminating in an experience at the peak. With deft ease, Eashwar alternates between organic instrumentals and electronica, not for a moment compromising on the overall medium-paced nature of the album.

The opening track, ‘Countryside’, is a tonal nod to its title, where the music is self-indulgently expansive, creating an evocative space away from urbane dystopia. In accordance with the structure of a journey, perhaps in a narrative leap, the next song is ‘Mountainsong’. The jaltarang acts as a reminder of the waterfalls dotting the way, and echoes permeate the song, creating a musical shimmer that seems to beckon the listener into a land uncharted.

“Night arrives, red-gold and windless,” writes Deborah Landau in To the Couple Lingering on the Doorstep; with ‘Fireflies’, the structural apex of the album, the listener encounters a similar sensation. The artistry with which Eashwar manages to create an experience, a paradox of dynamic stasis, is truly incredible. Time flies by in ‘Fireflies’, and the unassuming sound leads the listener astray to an experience of witnessing—through pure sound—these near-extinct creatures; an experience that reminds us of life as something to be lived.

‘Expanse’ follows, titularly and musically, as again Eashwar creates boundless space through overlapping strains and insistent keys. Quite fittingly, the song is over five minutes long; it needs to be, both for its own sake and for the fact that it is the set-up to the finale, the penultimate stop in the journey. The music lingers and so does the listener, for there is nowhere to go and yet everywhere to be. It is a song that waits forever, but is at peace with the fact that there are no redundant embellishments to be found.

Eashwar ends the album with ‘Turkish Wedding’ which is sonically more “active” than its predecessors. Electronic modulations take over predominantly, albeit never obtrusively. It is an unusual climax to the journey, for celebration is perhaps not something the organic ubiquity of the previous tracks had been setting up for the listener. But then again, what is a performance without a glittering bow?

With its honesty and its musical eclecticism, String Theory is, for the better perhaps, hardly “theoretical”. It does not invite questions, but sensations; the listener does not enquire, but feels. It does not answer bland questions as to where exactly in the instrumental scene in the country Eashwar Subramanian fits in simply because it is not here to answer questions. String Theory exists to create expectations; from both itself and Eashwar, as time unfolds.