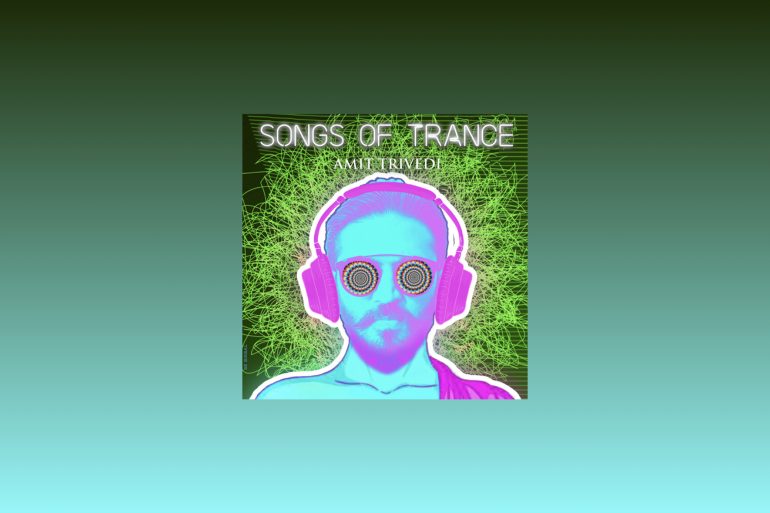 AR Rahman had reportedly sent his personal commiserations to a then hitherto unknown lad from Delhi, who’d swept the audiences and the critics alike with DevD, a movie soundtrack that would go on to fetch him a national award for best original film music. Amit Trivedi had previously caught many a music aficionado’s attention with his debut soundtrack for Aamir. But it wasn’t really until the arrival of DevD, a movie with a staggering eighteen, distinctly different songs, that people really sat erect and took notice. It was unlike anything they had heard up until that juncture.

This exact tendency to shock his audiences with unpredictable soundscapes is what has worked for the musician in his enviable career, that boasts of stellar songs and soundtracks. Despite being marred by painful monotony in his songs from recent years, most of his works have stood the test of time and outlasted their purported shelf lives.

Thereupon, his advent into independent music is important. Amit Trivedi’s is a name revered across genres and diasporas for his sheer audacity. A man of his stature choosing to produce music that is indigenous to his sensibilities and release them himself without the backing of music production honchos is gallant. “Songs of Trance isn’t an album brimming with your typical trance numbers, but my interpretation of trance,” he said in a video addressing his Instagram followers. That in itself had been an exciting prospect.

‘Karle Trip’ is a song that traverses through a territory familiar to Trivedi connoisseurs, being redolent of a couple of his songs from Udta Punjab, especially the terrific ‘Chitta Ve’. Amit Trivedi’s drawly baritone vocalisations are as welcome as ever, in this electronica-laden number. The musician doesn’t limit himself to a solitary sub-genre, exploiting the best of generic EDM and dubstep, even indulging in a brief yet fun drum and bass bit. Talha Siddiqui, who has also written the song, joins Trivedi on vocals in this one. The song, much like its lyrical ambitions, has a crescendo that ends on a high.

‘Raavan’ headlines the terrific Shilpa Rao and Anand Bhaskar, who earlier crooned for the musician in Mission Mangal’s ‘Shaabaashiyaan’. The song kickstarts with Shilpa’s subtle vocals, building steadily to the perfect drop. Anand Bhaskar, frontman of Anand Bhaskar Collective, takes it from there heads on, belting AM Turaz’ lines with much aplomb. The singer puts his dense, heavy singing style to terrific purpose, also enunciating the heavy Devnagri lyrics provided by Turaz quite well. Anand Bhaskar is flanked by crispily paced bass-driven beats, never once letting the song lose on its energy. But it’s the brief Sarangi interlude that truly steals the show in this unabashed foot-tapper.

‘Baithi Hai’ is a rumination through the tranquil prowesses of Indian classical music. Sharmishtha Chatterjee evocatively bestows life into the base melody, set to Raag Marwa. The ‘trance’ here is not in rhythm or in its electronica, but in its exploration of the melodic scope. Amit Trivedi and long time collaborator Amitabh Bhattacharya play the perfect foil to Sharmishtha as the production grows around her, never to assail her sombre vocal etiquette.

‘Chal Hai,’ sung by Poorvi Koutish and Hriday Gattani, is the song closest to Amit Trivedi’s Hindi film soundscape, reminiscent of one too many of his hits, including the catchy Ek Mai Aur Ekk Tu. The song isn’t bogged by the ambition of the other three, choosing to create a simple, catchy number, that sits well with the radio playlists reserved for a debauched party weekend. The beat progressions are adequate and the vocalisations effective enough.

Unjustly enough, trance music has been metonymically associated solely with psychedelic trance on most occasions. The sheer transcendental scope of music, irrespective of the genre has seldom been explored, unfortunately. Songs of Trance is not an outrageously radical venture leaning in that direction, but it still has four terrific songs that reproduce the reverie that an entire generation has come to associate with the songs of Amit Trivedi. The album is thus, the Venn Diagram that encapsulates every trippy Amit Trivedi trope ever and his fans are wont to rejoice.