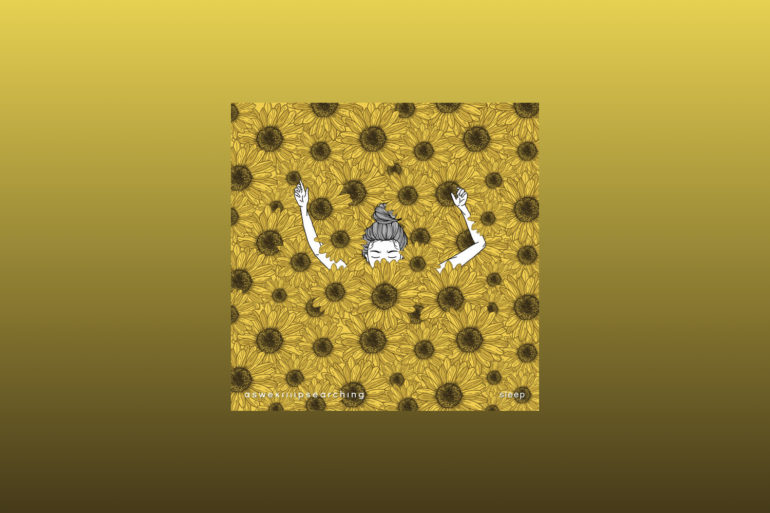 With Sleep aswekeepsearching promises to replace the chaos brimming our minds

Pune-based alternative band aswekeepsearching’s take on ambient music makes an interesting mark from the very first track on their latest album Sleep, as the musical group leaves no stone unturned to give us a set of songs that truly lives up to the promise it makes with its name. The 8-track album, almost instrumental offering, wordlessly captures the essence of how it feels to cut through difficult times like these. It is just the right listen for anybody who’s been weighing the dwindling state of their mental health, having spent countless nights lying wide awake, in pursuit to let go of their troubling thoughts.

The first song on the album, ‘Glued’, starts off with bassy beats that feel borderline groovy. It takes its time to introduce you to its calming under-tunes, helping you gather your emotions running astray in a single place, thus making them easier to deal with, one at a time.

Sleep then takes on an increasingly lullaby-like quality with ’11 Degrees’. The track feels binaural and can easily replace your favourite meditation tune. ‘Dreams Are Real’, the first and the last track on the chart to feature any kind of lyrics begins playing with slow acoustic strums that later sing to you about how we attain peace in its truest sense only when we’re sound asleep. It encourages you to dream regardless of how unreal they might seem to be.

With ‘Sleep Now’, the attempt is grand and vivacious. The mood is set in with softly pressed synth keys, cultivating a hypnotizing tune that will hold your attention at its first go – only to introduce some light drum beats, followed by a few mellow guitar plucks placed ever so wisely here and there. It is the most effective track in the entire album, in terms of what it strives to deliver. In its 4:37 minutes, the track creates an out-of-the-world, orchestrated experience that will enchant you with its mesmerizing music, and then come to an end almost wistfully, perhaps to fuel your urge to listen to it on repeat.

The fifth offering on the album, ‘How Am I Supposed To Know’, features violinist Ajay Jayanthi, who with his craft provides an extra dimension to this song. It evokes the imagery of a slow-flowing oceanic expanse and a sense of calm settle. Ajay works his way on the violin to captivate you into the song that feels so small and larger than life at the same time. ‘Let us Try’ has a similar effect and sounds like a snippet from some Hans Zimmer score.

The last two tracks on Sleep, ‘Maybe There’ and ‘Sleep Again’ (featuring Ajay’s violin magic, again), immerse you into a world where your hurt and worries aren’t a real thing, and for once, compel you to think of yourself as a tiny speck of matter in this big, bad world that allows you healing only if you let it. The pacing beats on the latter’s composition, alongside the violin, ensures a perfect end to Sleep, as it catalyzes all the distance that’s been keeping you apart from your own. Some say that sleep is for the weak, while some refute it to reclaim, but that doesn’t matter here.