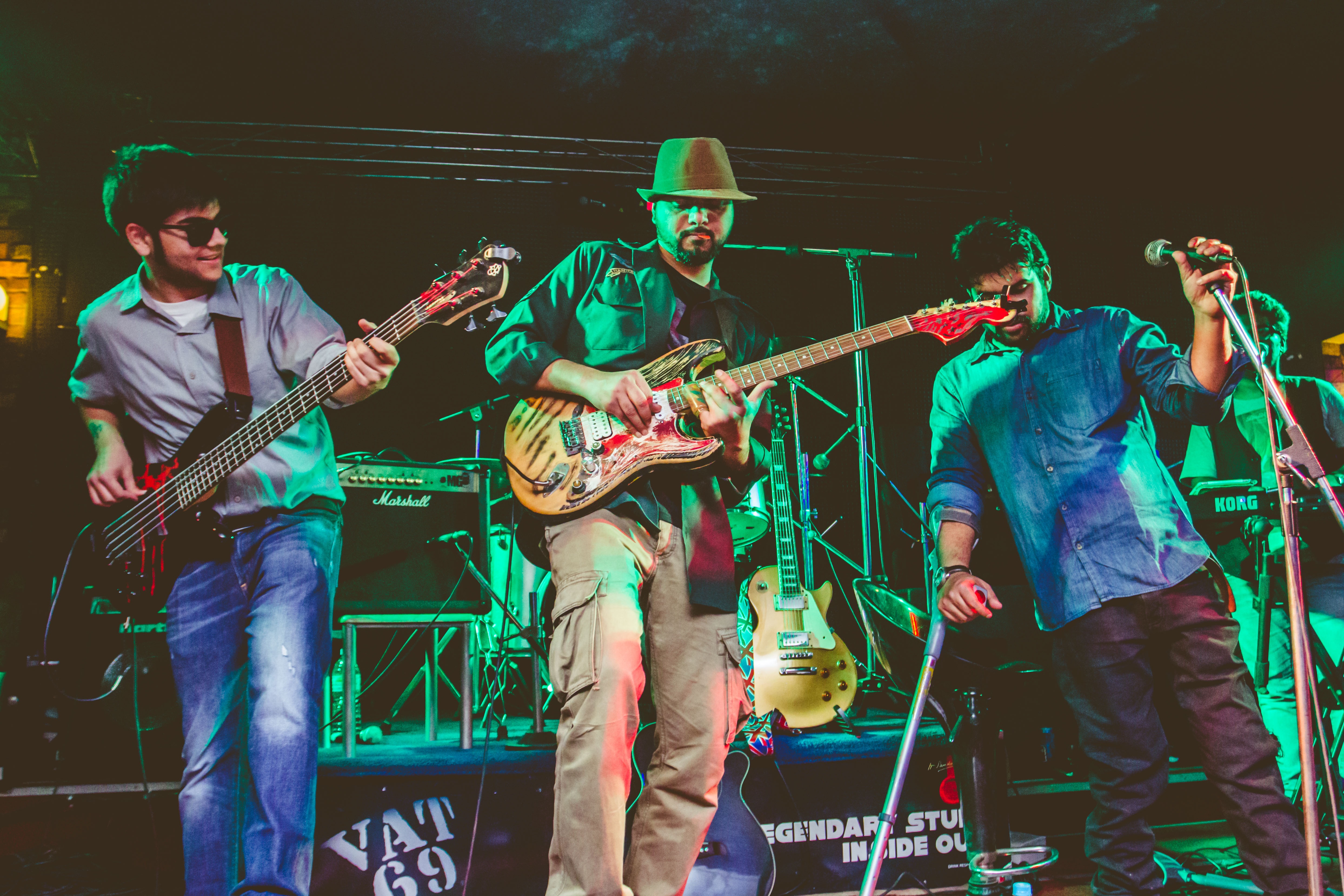 SkyEyes self titled debut is as clever as it is bold

Music shapes and is shaped by our political and social landscapes for so long that change has remained one of its most striking characteristics. The long-running blues-rock outfit, Big Bang Blues has fully embraced this aspect of its craft and incorporated it into the band’s new EP. In an effort to tear down the hard boundaries laid down by genre labels like blues-rock, the band members spawned a new project, SkyEyes, and its self-titled debut EP with a new sound and interestingly, a whole new perspective.

It would seem that the idea of perspectives is a running theme throughout the four tracks and 21 minutes that make up the EP. This is complemented by the idea that we all sport dual personalities – a virtual and a real one (and possibly even more). These themes are expertly woven throughout the EP through inner monologues, introspection and raw, unfiltered emotion. We get the first burst of this emotional approach in the explosive intro to the first track, ‘Mad Man’s Tale’. The booming guitars ebb and flow over a steady and repetitive bassline before bursting into a powerful bridge. The track cleverly utilities a ‘mad man’ as a device to analyse the meaning of what’s right and wrong in different contexts. The SkyEyes study him like a lab rat by observing him in various environments. This leads to commentary on themes of identity and the nature of reality.

The theme of identity and projecting other people’s expectations onto your own aspirations are taken a step forward in the closer, ‘Letter To My Father’. The track, which has already made it to the charts on Apple Music, is about the protagonist’s longing for acceptance and praise by his father, who could be seen to represent all those who matter to him. The track is by far the most energetic and sonically diverse on the EP. However, towards the tail end of the track, we see the band slowly peeling off the grand facade, dropping one layer at a time. We’re left with an intimate acoustic closer which sounds like the protagonist’s final attempt to connect with his father.

The most aggressive and bitter cut on the EP is the track, ‘Betrayal’ which kicks off with tense keys and wailing guitars from Absolution era Muse. The chorus is angry, passionate and visceral with a powerful guitar solo in the bridge. The lyrics approach the themes of disillusionment due to a breach of trust and what it means to tread the line between selfishness and unconditional selflessness through the lead singer’s inner monologue. This approach shies away from the abstract portrayal that we are used to in favour of a direct and ‘stream of consciousness’ flow which adds a lot of character and depth. However, not all tracks are morbid, thanks to the upbeat and incredibly entertaining ‘Last Train’. The country and blues-rock inspired track is essentially a love letter to the bands from the 60s and 70s which pioneered the genre. Using various events in his life as tableaux displays during the protagonist’s train journey home, he reminisces about their impact on him and where he thinks he’s headed. We are subjected to the (albeit cliche) metaphor of comparing life to a rollercoaster/train ride.

Although the band’s new direction is compelling, they also do play it a tad safe. The only fault, if any, is that the ideas and themes would greatly benefit from more analysis with a slightly more ambitious and unhinged exploration.

The EP features colourful and watertight production to complement the clever lyricism from the band. The sonic palette remains consistent throughout the record, giving it a smooth flow and transition between tracks, ideas and moods. This effort from SkyEyes is every bit as innovative as it is creative and unpretentious.