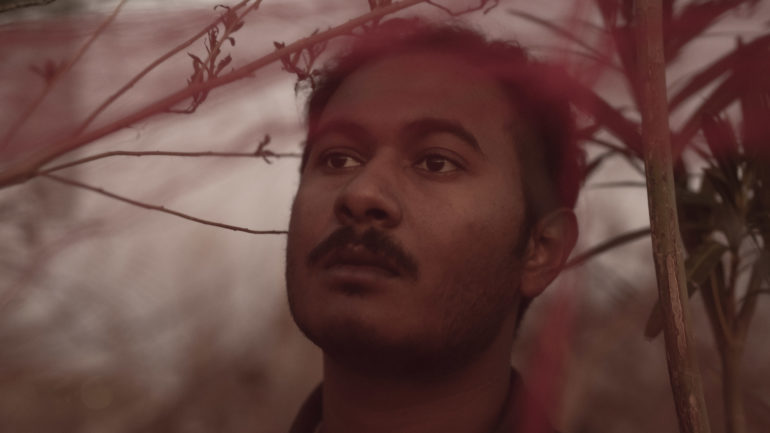 L.A./Mumbai singer-songwriter Rounak Maiti has released a brand-new album, Waiting on the Comedown. The new record is a follow-up to Maiti’s debut, Bengali Cowboy, from 2017. In the two years that have led up to the new release, Maiti has released two singles with his LA-based band Small Forward, worked on a new podcast about diaspora titled The Par Desi, played shows in the LA area, and travelled back home. Moreover, Rounak has been consumed by a quest to absorb, and as a result, create immersive music. His late interest in contemporary influences like Beach House, Slowdive, Mitski and the like have had a tangible bearing on the new material.

Maiti’s rationale jumping into the new record was to delve into “communication and when overwhelming feelings attached to it dissipate into relief.” He seeks to tackle the feelings of anxiety, self-doubt and the burden of comparison that have strafed our 21st-century lives. Maiti has had his fair share of high highs and low lows. He believes that it’s not only necessary but healthy even to navigate these feelings in your head, through your work, or with those around you. “A lot of this album details this process, and how hyper-connectivity plays a role in it.” Written, recorded, and produced in its entirety by Rounak, the nine tracks on the record clocks in at over 46 minutes. The album has been released via New Delhi’s Pagal Haina records of Ditty, Peter Cat, and Run it’s the Kid fame.

Waiting on the Comedown sees Maiti dabbling in styles across the board that curry favour with his theme. On the one hand, we see the singer invest in indie slow burners on tracks like the overwhelmingly hearty ‘Speak Out Loud’ and album closer ‘Alien Planet’. The spilling guitars and riveting melodies feel almost nourishing. On the other end, we see Maiti’s experimentation with atmospheric motifs, distinctly on album opener ‘From One Eye to Another’, a spindling and misty composition that ends in a blossoming crescendo of sonic melodies and vibrant drums. We also see marked ambient themes on the single ‘Another Room, Another Wonder’. A forlorn tune, the hypnotising percussion adorns the ending notes of the track, melting its self-imposed discipline to levity. We also see Maiti at his most perceptive when he channels his newfound interests in shoegaze into the record. Seen most evidently on ‘Exit Sign’, it is a menacing track and Maiti very deftly works with the lull of it rather than against it.

In what may appear as a stylistically diverse bunch, all nine tracks remain united in form. What’s intriguing is that the record has embraced a no chorus structure of sorts, a departure from Maiti’s debut which features many a track conforming to the verse-chorus format. The unified structure makes for a tighter and an undeniably more agreeable listen.

Bengali Cowboy showed us that Rounak invests in honest lyrics. On the new record, however, Maiti admits he doesn’t allude to a lot of “concrete, physical things”, and most lyrics are left intentionally abstract. A reified connection to the self seemingly underscores Maiti’s relationships to the world. He sings of the “ground crumbling” when not rescued on ‘Exit Sign’ and solicits his beloved to “stay up with me to know that I’m trying, await till I’m dying” on single ‘The Whole World is Watching’. Rounak speaks of life in quasi-religious terms. The album is generously peppered with swooping adages. Heaven doesn’t wait and neither should you, he hints.

Rounak is not jaded by the mundane. Inasmuch, routine life has meaning. Somewhere on your lunch break you just might find a part of yourself, he croons, on ‘Turn Inside’. What good is leaving, he asks, if you haven’t settled in a while. Neither is he without desire. Maiti’s hankering ultimately keeps returning him to an object of escape. A utopian pipedream that he can call his own, whether it is of “dreaming up a sun-kissed place” on the song ‘Keep Time’ or of “reaching for an alien planet that’ll take me” on the track ‘Alien Planet’.

The production on the record is a definite stand-out. Pristine and placid, even the slightly noisier elements seem clear-cut against his minimal arrangements. On occasion, we see Maiti toy around with the keys and some much welcome hand-played percussion. While Bengali Cowboy saw Rounak play with a country/folk sound, the new record has seen him adopt a much more sombre approach. Its leanings are a touch heavier owing to Maiti’s attempts to grapple with anxiety, dissatisfaction and relationship dynamics. He describes his music as “relying heavily on atmosphere rather than musical movement, in an effort to experience inner contentment”. The musician plans on taking his sound live soon. Mental ruminations in and over the current release have also birthed new ideas, ideas that Rounak intends on seeing to fruition. He assures us that fresh material will soon be on its way.

They say that poignancy seems to be peculiar to the realities of endings. The best endings don’t leave us happy. Instead, they produce something richer – a rush of unexpected insight, a fleeting moment of transcendence, the possibility that by discarding what we wanted we’ve gotten what we need. Rounak values how his music makes one feel over what his music is. He chooses to feel over form. He chooses mind over matter. By not fixating on the nitty-gritty but instead on a wholesome free-form approach, he has made room for the listener to reflect from within. The end of this album lets us experience said poignancy, with much relish.