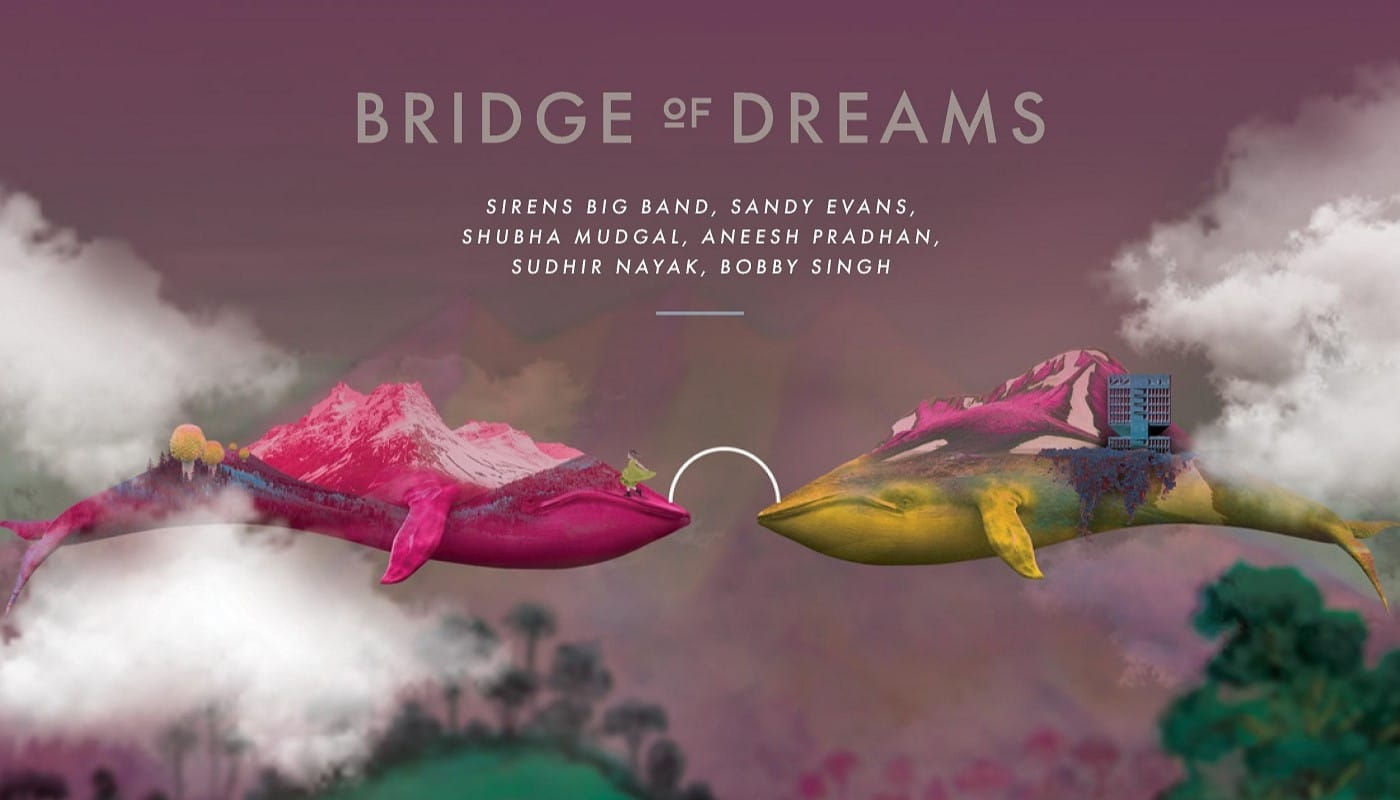 ‘If you can manage to master Indian classical music, you can tame any genre from across the world.’ Every Indian classical tutor’s selling argument has historically been along these lines. And you can’t accuse them of being hyperbolic either since they aren’t entirely off the mark. Indian classical music, be it Hindustani or Carnatic, with all its glorious intricacies, hone the artist’s command over the art to such an extent that they oft end up championing multiple genres effortlessly. A very recent example being the inimitable Sid Sriram, his vocal range and music covering such diametrically different genres as Carnatic and alternative rock. This perceived and mostly justifiable superiority of Indian music has led to western music exponents visiting the subcontinent to explore possibilities. Right from George Harrison to Led Zeppelin to the much recent Porcupine Tree, Indian music has transcended genres, with enviable success.

This very sentiment has led to the hype surrounding the collaboration between Shubha Mudgal, one of India’s most popular classical vocalists, and Australian saxophonist Sandy Evans, flanked by Aneesh Pradhan and Bobby Singh on the Tabla and Sudhir Nayak on harmonium on an Indo-jazz fusion collaboration. On paper, the songs have quintessential sax-driven jazz accompanying Hindustani music driven folk tunes. Promising, yes. But not all promising things touch desirable closure.

The album starts quite disastrously, with ‘Arms of Imagination’, a strictly average melody based on raag Jog. The song refuses to take off and is consistent at that, throughout. The sax, taking the instrumental lead, has a grating collision with the harmonium pieces, all while the table struts on mindlessly and Mudgal finds it difficult to move octaves.

‘Dhartike Darbaar’, a nine-minute-long slow burner, starts off promisingly, with Mudgal’s trademark drawl. Based predominantly on raag Malkauns, the song, however, struggles to decide on where to end. A song that shouldn’t have crossed five minutes, is undone mostly by Mudgal’s evocative inadequacies, in spite of Evans pulling off a masterful solo that somewhat traverses towards Bhimplasi, alongside Mudgal’s own vocalisations. But, its strong points notwithstanding, the song proves to be a drag-fest.

‘Joyous Rain’, the second-best song of the album, is a delectably brisk take on raag Yaman. Amped by a bassline that refuses to slow down, the vocalist is on home turf, having been handed over a melody that lets her croon breezily, like she is used to. The sax-harmonium faceoff finally comes of its own, and the transition to jazz in itself is astonishingly smooth.

‘Ya Kareem’, a nearly 11-minute whopper, is arguably the best song of the lot of nine. Based on raag Shivranjini, the song takes its time to grow, but works therapeutically towards its crescendo, reminiscent of AR Rahman’s infectiously meditative ‘Acid Darbar’ from 127 Hours. The song, minimal in its jazz influences, works like a Sufi dream and somewhat salvages all the lost ground on its own. The song refuses to leave you, even after its eleven long minutes of playtime.

‘Tabla Spiral’ probably the weakest song in the album, fails to capitalise on its sinister sax themes, with a severely out of place vocal percussion. The song struggles towards a very awkward finale and is immensely skippable.

‘Imagining and Longing’ is an insipid melody that sounds more like a badly produced Coke Studio affair. Much like ‘Dhartike Darbar’, the song fails to drop an anchor at the right moment. Though Evans tries to elevate the song into a Nick Drakesque melancholy, the efforts prove barely enough.

‘Beam, Arch, Suspension’ is a quintessential raag Peelu tarana with sax-based jazz that’s straight out of a Hitchcockian thriller. Despite an interesting concept, the song doesn’t deliver much on the promise. The song has the strongest jazz interludes of all the tracks, but suffers from tonal inconsistencies. The 12-minute runtime doesn’t help its cause either. Much of the album would’ve been better on the senses had they been shorter edits.

‘Aji Jaiye’ might start off by reminding one of the main themes of the recent Hindi hit ‘Andhadhun’. A simple affair set to raag Kirvaani, Mudgal’s melodies might remind one of vintage Ilaiyaraja songs, while the jazz segment is almost a peppy encore of Louis Armstrong’s ‘St James’s Infirmary’.

The final track of the album, ‘Deepening of the Red Sun’ is a mellow affair based in raag Behaag. The song which somewhat plays out like a requiem reminds one of Sigur Ros’ Olsen Olsen. However, it’s not half as effective as the latter. It’s almost like Mudgal herself has lost all hope and this leads to the song reeking of a lack of earnestness.

India has seen such phenomenal international fusion collaborations as Shakti and the follow-up act Remembering Shakti, whose songs and live performances are still quite the rage. The more recent collaborations of the Berklee music students with Indian stalwarts like AR Rahman and Shankar Mahadevan have also yielded commendable results. Indian music has infinitesimal potential at reinventing its fusion traverses. But, Bridge of Dreams is not one such effort in the right direction.