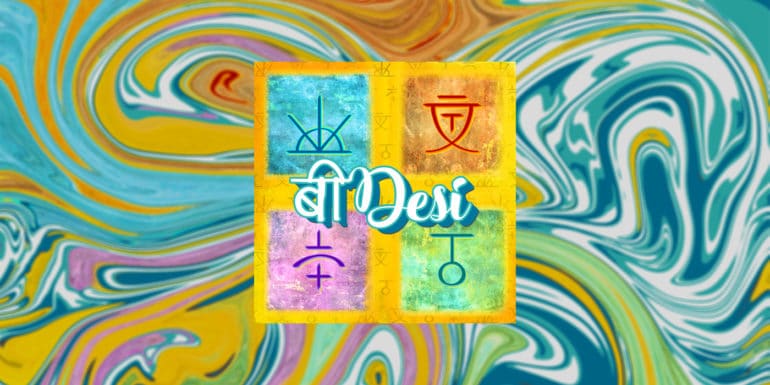 The mark of any form of artistic expression is its willingness to morph and evolve with time. Its proclivity to adapt to the zeitgeist without watering itself down or selling out. This characteristic is most clearly seen in musical genres. Genres that are stubborn and resist change usually see a dwindling fanbase and end up as a niche or “hipster” relic of a mostly forgotten past. Folk music, arguably one of the oldest forms of music, finds itself at an interesting position considering this trend. With a consistent and passionate base of listeners, folk has managed to remain relevant while being a bit of a recluse when it comes to the grand scheme of things. On their debut EP, BeDesi, Mumbai based all-star supergroup, Sharma and The Besharams seek to challenge the status quo.

The four tracks clocking in at around 17 minutes are an ode to the rustic life and its simplicity — a call to seek out and appreciate traditional values without being swayed by city life. The group pull off a mesmerising fusion of glam rock, pop, country and folk music with a bit of 70s funk thrown in there. The catchy melodies and effervescent hooks are consistently charming and well-orchestrated, resulting in a brilliantly paced and curated EP. The first single to drop from the EP was the opener, ‘Ganga’. The rustic, barefoot vibes emanating from the bouncy dholak by Yusuf ji, fun-loving strings from violinist Shravan Sridhar and an animated banjo solo from Chaitanya Bhaidkar come together beautifully to create a soundscape filled with fresh air and the smell of freshly cut grass. The charming vocals from frontwoman Vasudha Sharma glorify the sacred river believed to have soul purifying properties.

However, the rest of the songs bring a lot more surprises to the table. ‘Rahiman’ brings distorted hard rock riffs to the table, paired with the folk sounds of morsing and other traditional instrumentals. ‘Balgaadi’ would fit squarely within the soundtrack of a classic western movie. The catchy guitar leads, sounds of cows mooing and intermittent synths followed by a passionate guitar outro make it one of the more energetic songs of the EP. The lyrics are a tongue in cheek stab at city life as they talk about the benefits of using bullock carts over Mercedes cars concerning noise and air pollution, etc. ‘Jazbaa’ is the standout track of the EP and a brilliant closer. The whimsical and funky banjo leading the way of a convoy consisting of a masterful fusion of glam rock, folk, pop-rock and country result in one of the most enjoyable tracks to be released this year. The lyrical themes are motivational and are about not giving up and not doubting yourself.

Overall, BeDesi is easily one of the most entertaining and enjoyable releases this year. Its colourful and enjoyable portrayal of an idyllic life while still incorporating other seemingly unrelated genres augments its uniqueness and whimsy. The care given to every production choice and the precision of each guest musician is impeccable and will likely get lost in all the campfire dancing that the EP is sure to spawn.