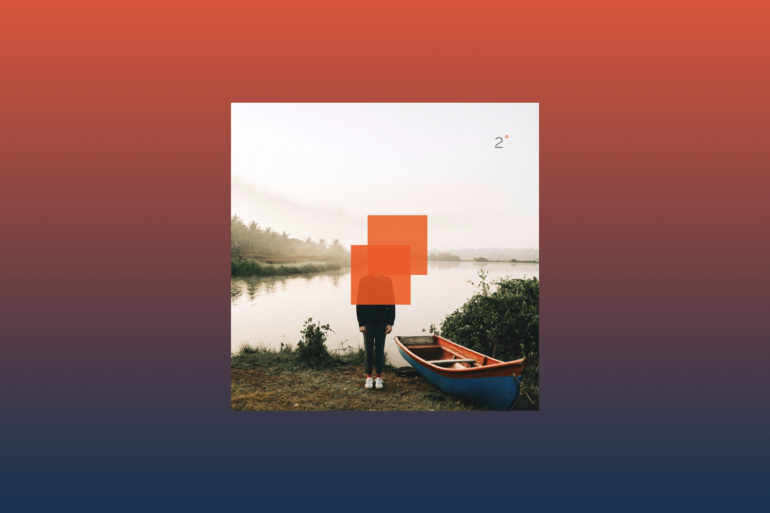 It’s interesting listening to Seasonal Affected Beats aka Indian jazz virtuoso Tarun Balani’s 2° while in isolation. Given the current uncertainty brought on by global lockdowns and social isolation, perhaps no other moment could complement these sounds as poignantly. With themes ranging from climate change to the nation’s social fabric, the project is a synth-laden EP that deeply chronicles modern dystopia. It’s not surprising, then, that it was conceived in Balani’s self-described apocalyptic setting of wintry, smog-choked Delhi. With this offering, Balani demonstrates that the moniker he has chosen for himself is an apt one.

‘Prelude’ opens this lush collection as a pensive four-minute number that swells with a teetering release. The synths create a sense of heightened urgency, immediately arresting the listener. It’s a meditative composition that could easily score the present moment we find ourselves in. The release is short-lived and breaks into the life-affirming ‘Jitter’. Here, he switches up the tempo, throwing thumping kicks and claps into the mix. ‘Jitter’ manages to sound airy and beckoning, as the synth meanders into melodic territory here. The second half of the track is Balani at his most playful.

Like in ‘Jitter’, there are moments of calculated serenity on this EP, couched between soundscapes spilling with intensity. On ‘Let It In’, Balani enlists Kavya Trehan who delivers a comforting croon about embracing the inevitable. Her soothing harmonies offer a timely turn from the weighty material that precedes them. The synth riffs (that slip in) and the meticulously placed drums catch the track from slipping into a mood of resignation.

‘Dr. Escher’ chops a Parliament speech by Dr. BR Ambedkar, one that warns against worrying about the ultimate, instead of pulling focus to the present moment. It’s a choice sample about the importance of unity and cooperation, responding to the themes of doubt and urgency from the previous three tracks. There’s a hypnotic elegance in the soundscapes that follow the words. There’s also a sense of timelessness in sampling a figure like Ambedkar. Balani points to the way forward as if to say we have been here before, and the questions are the same.

The fifth number is also the title track of the collection, named upon the Paris Agreement which had countries promising to control the increase of global temperatures by 2 degrees. It is clear that Balani is looking ahead toward the future with ‘2° (For Naima)’. The title is also a shoutout to his three-year-old niece. It may also signal a larger concern with the kind of world future generations will inherit. The scurrying piano and reassuring lilts of trumpet together create a slow burn of a song, equal parts tender and moving.

Balani has previously described Seasonal Affected Beats as improvised electronic music, but the sheer level of control is what makes 2° stand out. While managing to be rousing, it still retains a sense of crisp precision and clarity. This is perhaps owed to Balani’s finesse as a multi-instrumentalist, as he manages to construct dark soundscapes of controlled and ever-building chaos. 2° is a marriage of analogue and digital, a stirring production in five acts, both of the times around us and the ones that lie ahead.