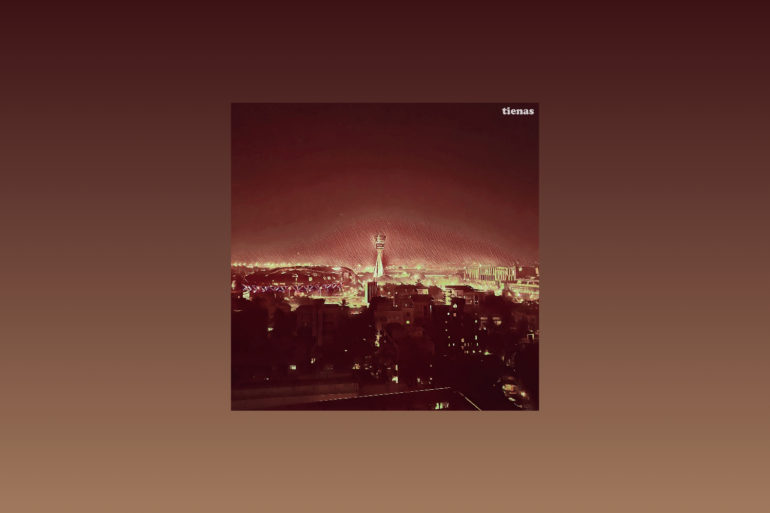 In India’s hip-hop scene that’s chock-a-block with aggressive, adrenaline-spiked emcees, Tanmay Saxena aka Tienas stands out with his emotive expressions. As a COVID-19 affected world looks like a bleak place to live in, Tienas channels the despair that haunts him within. The result is his sophomore album Season Pass.

The album is the soundtrack to a dark dystopian night as contemplations over lost love, heartbreak, life and the world around flow free. Tienas narrates the album as the reclusive voice seeking solace in the confines of his room as a pandemic and his conflicts run riot. The 11-track album is built upon reflections and ruminations, while the artist injects plenty of pathos.

The album opens with ‘Frenzy’, an emo trap-led track about unrequited love made for the 3 AM thoughts of emotional turmoil. Tienas, however, has his rap crew Frequency Time Space for company, as he delves further. The melancholic musings continue on ‘No More’ as his elder brother and rapper RaySon4 7 joins along as a partner-in-rhyme. On ‘Lullaby’ insomnia and the downers kick in as Tienas pleads to a distant love “Will you let me down to sleep with you? Come and sing me a lullaby.” Progressive house elements and a lo-fi aesthetic lead to the other track ‘Letterbomb’.

Risking overuse of the same lovelorn emo-trap narrative, Tienas takes a much-needed change in route on ‘She Moves In The Dark.’ The track brings along a sample from the lo-fi rapper and singer Shiloh Dynasty. The Maryland-based artist has become something of an internet folk legend, having gone under-the-radar for the last four years. But her compositions and beats find presence as samples across the globe and have even made it to an XXTENCACION album. For an artist who seeks to present an aloof, lonely and eluding persona, Tienas may have found his perfect muse in Shiloh’s sonics.

Another off-the centre gripping case of storytelling arrives in the grim ‘The Ballad of Trilodkars.’ Pratika’s operatic vocals unfurl the drama as Tienas first starts with a rant about his own upbringing before bridging into a dark tale. The Mumbai rapper in rapid yet precise lyrical delivery opens disturbing secrets of abuse, treachery and murder, set amidst a fictional Indian family. Time and again, Tienas has been quite vocal about his fanboying over his rap hero Eminem. His storytelling prowess and mastery over the ominous subject in ‘The Ballad of Trilodkars’ is quite reminiscent of an Eminem classic Stan.’

Tienas reserves his boldest punch for the album’s ending track ‘Fubu.’ After a muted intro section, Tienas arrives high on confidence and explosive rhymes to support it. GHZI PUR holds firm on the track’s production chops as Tienas butchers through his critics. His debut release O was a milestone moment in the rap circuit in 2019 and Tienas is confident that he will deliver the same this time.

Indian rap’s recent headlines have been around the Divine v Emiway Bantai beef. But if Tienas is to be believed that’s already gone stale. The emcee finds the scene oversaturated with a lot of emcees who have nothing much to say. But he assures he isn’t the same and goes on to say, “I don’t do beef. I got content.”

Though it’s definitely a work of promise and shows flashes of brilliance, Tienas’ newest venture feels a little dragged, at times. The overarching theme of emo, despair, heartbreak and loneliness could have been wrapped a few tracks short and that could have made for a tighter album.

Finally, it seems that the album has been most hurt by the absence of one enigmatic producer that got away. Sajeel Kapoor aka Sez on the beat’s unceremonious exit from Azadi Records this year and establishing his own hip-hop collective The MVMNT definitely raised eyebrows across the circuit. And it’s probably this Sez-shaped hole that Season Pass finds tough to fill.