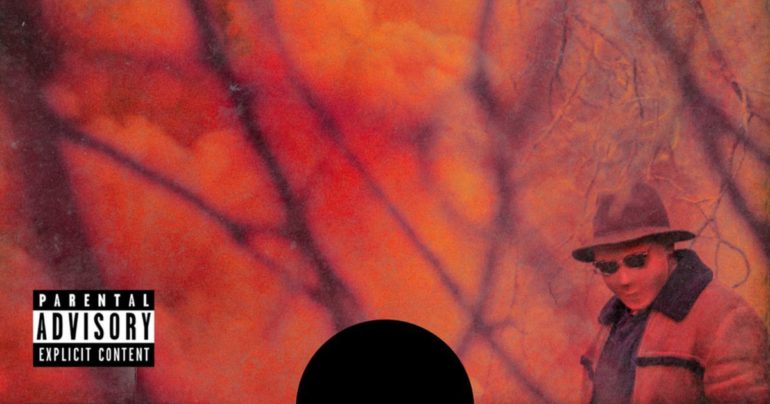 For someone who was only recently introduced to the world of (good) hip-hop and rap, I feel pretty connected to this wonderful genre. So much so, I decided to do what I would have never thought of daring just one year ago – attempt a hip-hop review.

ScHoolboy Q, an artist I hadn’t even heard of a couple of months back, dropped his fourth album a few weeks back titled Blank Face LP and take the word of a novice, this album is exquisite.

The album is by Quincy Hanley, better known as ScHoolboy Q, recounting his life as a former drug dealer and gang member. Just knowing this makes this such an intriguing listen.

For the sake of full disclosure, readers must know that this author isn’t someone who focuses on lyrics on the first or even the second and third listen. It’s only when the music has me hooked that I can turn my attention to the lyrics. So it’s only when I really love the song that I would actually focus on knowing what it is about and that part hardly came with this genre. Maybe I wasn’t listening to the good stuff but ever since I heard To Pimp A Butterfly, I know that the blame lay with me, it was my ignorance because there is really good music being produced in the field. I have not been disappointed since, whether it was Anderson .Paak’s Malibu or Q’s Blank Face.

What I liked about this album was that there weren’t many aggressive beats, and I didn’t feel like the artist is trying too hard to please the critics, to be different. Blank Face LP is actually full of chilling rhymes and laid-back grooves. For instance, WHateva U Want, actually has the potential to be a mainstream summer anthem and it is certainly not something you would generally expect from such an artist. It is a seductive song with a somewhat mainstream hook, which has made Q’s album more powerful.

At the same time, it’s not just all chill and easy and catchy beats. The opening song of the album Torch is quite something. This chilly opener sure sets the tone for a recollection of cold and dank thoughts which is what is explored throughout. Musically, it’s not what you would generally expect from the first song of an album. Lyrically, it must be noted that this album is very dense, but not in the Kendrick Lamar metaphor driven way. Blank Face LP is very direct and Q is unswerving with what he is trying to convey. In Torch as well as No Mercy, I think he is telling the listener about his experiences and his guilt for what he has done in the past, now having realized this truth.

THat Part which features Kanye West was released as a single and has gained massive popularity, for obvious reasons. Groovy Tone/Easy Eddie, a two part song has become a fan favorite and upon listening, you can see why. It is absolutely a star of the album. It has a house sound and the transitions in and around that song are very smooth. A woman’s cool, and distant voice coos “Blank Face” as Q unfurls rhymes after rhymes about selling drugs and later getting busted by the feds. He also says “Thank you Mister Reagan, you helped them dollars rake in,” where he talks about a certain Republican president and the obvious history there. The fact that I caught these lyrics so carefully tells you about how engaging  this 17 song album is. It never feels too long or taxing, unlike recent works of Drake and The Weeknd.

There is a change of tone and pace with Kno Ya Wrong which features new TDE signee Lance Skiiiwalker and this one is arguably one of the most introspective moments on the album. The production is clean and the song is reminiscent of early hip-hop classics.

Talking about all 17 songs is impossible so I’ll end with my favorite which is Blank Face featuring the excellent Anderson .Paak whose contribution makes a significant impact and these two evidently make a great team. It’s a really good way to approach the end of the album and Q looks back at how far he has come.

There are other great songs in there as well like Str8 Ballin which has so much mojo. Neva Change and By Any Means, are other songs that stood out for me.

The production of the album is excellent all the way through, as you’d expect, and there is a nice mix of classic and gritty, modern sound.

For someone who recently started to waver around this genre, I am having a great time listening to this album over and over. If you’re someone like me, this is the album to get your rap and hip-hop journey started.