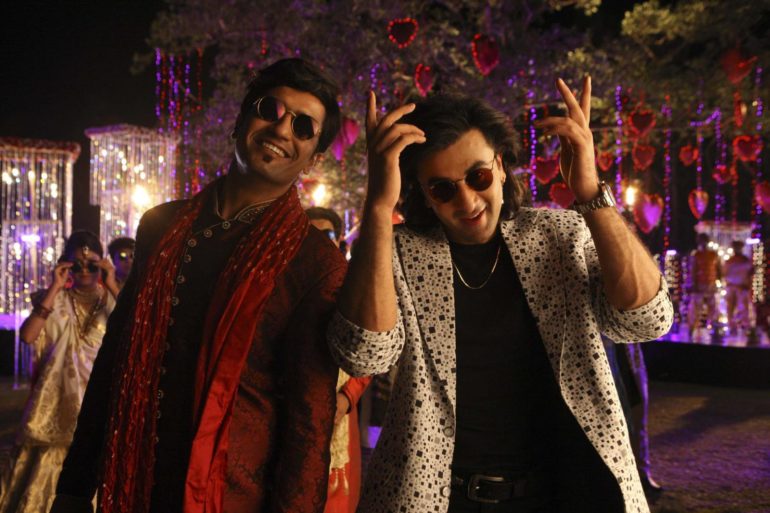 Sanju music another example of Rajkumar Hirani not trusting his audience

One of the most anticipated releases of the year, the wait for T-Series to release the entire Sanju soundtrack has been high ever since it was announced AR Rahman would be a guest composer. Perhaps it was the desire to keep the intrigue that the producers only released a few songs and waited until the film hit the theatres to release the entire album.

Bollywood albums are usually released before the films have come out. Hence, it is difficult to talk about the background music that is not only an essential part of any soundtrack but also a critical aspect of the entire film. In this case, because the makers decided to release the album alongside the movie (and having watched the film) we have the (mis)fortune of speaking for the entire soundtrack.

Bollywood regularly receives flak for its over-the-top score, where the jarring music tells the audience how to feel. The trend is declining now, and one doesn’t expect a great score from a Hirani film considering his storytelling and filmmaking style, which is not layered and very direct.

The background score for Sanju composed by Atul Raninga and Sanjay Wandrekar ruins the film by constantly spoon-feeding emotions to the audience – it is abysmal and beyond justification. It is time Hirani too puts some trust in his audience that they don’t need an electric guitar riff when they see cocaine on the big screen to know it’s not ‘good’ or the pluck of a string instrument to evoke sympathy.

Talking about the album, with two songs apiece from Rohan-Rohan, Vikram Montrose and AR Rahman, it is definitively a Rajkumar Hirani one, with predominant situational music.

Rohan-Rohan’s ‘Main Badhiya Tu Bhi Badhiya’ takes the listener back to the 80s with Sunidhi Chauhan’s intentionally nasal vocals, accompanied expertly by Sonu Nigam. The visuals certainly enrich the appeal of the song. The duo has another song on the album, titled ‘Bhopu Baj Raha Hain’. Sung by Nakash Aziz, this track is a tragedy. Every song has a story, but this feels otherwise and is an entirely forgettable experience.

‘Kar Har Maidaan Fateh’, composed by Vikram Montrose is an excellent example of commercial Bollywood music because it has a pinch of everything massy – immersive and rousing music (that Sukhwinder Singh and Shreya Ghoshal sing) capped off by a strong and catchy chorus.

AR Rahman’s ‘Ruby Ruby’ immediately lifts the album. Penned by guest lyricist Irshad Kamil, the song is sung by Shashwat Singh and Indian Idol finalist Poorvi Koutish. Shashwat Singh delivers the song in style, not compromising on its trance-like feel. Koutish has a small but important part in the song, her ‘la la la’ enhances the psychedelic sound of Rahman’s music as well as gives the nod to the time the song is set in.

‘Baba Bolta Hain Bas Ho Gaya’ comes at the end of the movie where Sanjay Dutt appears to (minimally) swing alongside Ranbir Kapoor. Written by Puneet Sharma, Abhijat Joshi & Rohan Gokhale, it questionably takes a jibe at media which has always been quick to criticise Dutt.

Composer Vikram Montrose gets Ranbir Kapoor to accompany Papon and Supriya Pathak on the vocals here. It’s a fun, sing-song sort of a track, where Kapoor is singing for himself, and hence doesn’t need to flex a singing muscle, so this works.

The album ends with AR Rahman’s second track, ‘Mujhe Chaand Pe Le Chalo’. An abridged version appears in the film, which is a pity because it is beautiful and deserved a longer stay. Nikhita Gandhi’s sultry voice is perfect for this seductive track that is reminiscent of ‘Aao Huzoor Tumko’. Kamil’s gentle yet, suggestive lyrics that Rahman sets to an almost lullaby-like arrangement work so well.

Rahman’s two tracks easily elevate the level of the album as the other four fall in the Raju Hirani category of situational songs that don’t have a re-listening quality to them. However, Rohan-Rohan and Vikram Montrose also do a good job of delivering the director’s vision, which is arguably the most important thing.