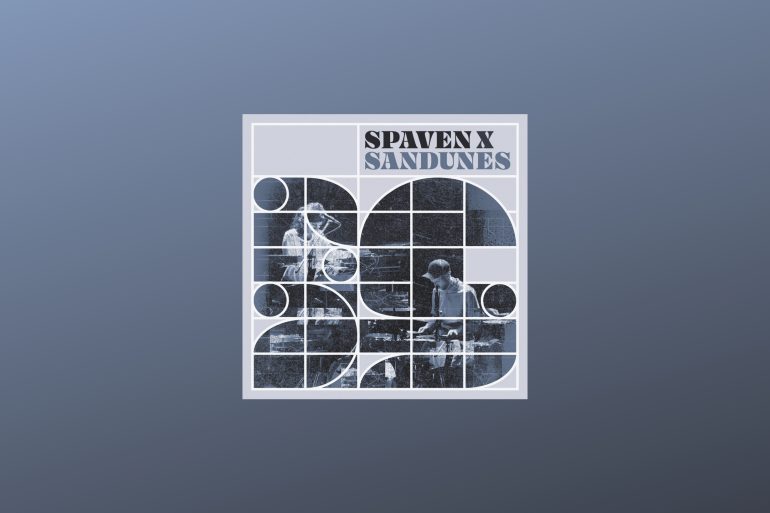 The new record – which clocks in at just over 30 minutes – highlights both the artists and their ability to make the most out of a minimal situation. Instead of going heavy on production Sandunes and Spaven use their expertise and experience to flesh out a refreshing and easy on the ear effort.

Spaven X Sandunes opens with the hooky synth offering ‘In Readiness,’ which features a melodic groove while ambient sounds fill the space and add a certain flair to the track. Spaven’s precision and on the money drum hits form a perfect canvas for the ingenious notes played by Sandunes on the record’s single ‘Tree of Life.’ The song builds in intensity and brings in horn parts capturing the essence of growth before simmering down for its conclusion.

The album picks up the pace with the spacey ‘Evelyn’ wherein we hear the drummer open up with a pulsating groove as the producer furiously throws in keys and synths over slick production and electronic elements. ‘Can’t Say That To You’ is a lesson in how to control dynamics in music. The song’s effortless musicianship and vibrant transitions bring to the fore a hint of Sandunes’ classical piano influence, a sort of alt-rock meets live electronica style drumming pattern and a playful change in tempo with the outro.

The moody and textured ‘Little Ships’ features a marching style groove from Spaven and is replete in weird and quirky sonic elements. The jazz leaning ‘Sustain’ is a heavenly number with beautiful piano motifs from Sandunes, a dreamy soundscape, and delicate percussion work placed before a dexterous snare groove compliments the track’s melody. The album closer is the enchanting ‘1759 (Outro)’ which is a futuristic dance number that caps off a wonderfully executed record.

With this attempt, we’ve been able to appreciate the deft touch of Sandunes’ production prowess and the virtuosity of Spaven’s drumming. There’s something to be taken away from each track whether it’s the push and pull of both artists, the respectfulness to allow space between the music, the superbly controlled movements or the imaginativeness within the songs.

As we digest the creativity displayed on Spaven X Sandunes, we hope it won’t be too long before we get a chance to see both these fine artists on stage together once again. Also, there will be no complaints if the producer and drummer decide to work on a sophomore effort together.