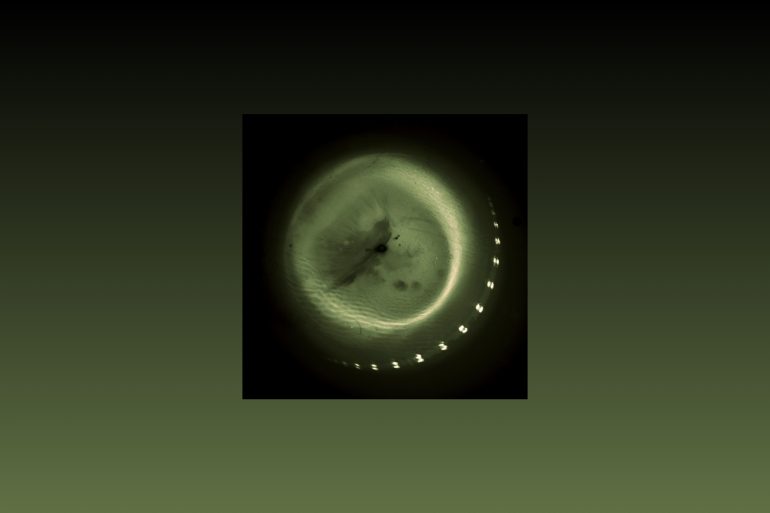 Angad Berar showcases a different facet to his instrumental musings on A Broadcast, Underwater

Angad Berar’s latest A Broadcast, Underwater, bolstered by a slew of singles like ‘Waltzinwithmisslazy’ and ‘Heartbeatofawig’, takes off from his previous release Elephants on the Beach, shedding krautrock backbeats for something more atmospheric.

A noticeable step away from his earlier work, the Bangalore-based sifts through the lesser-known facets of guitar music, the ones clouded and shrouded in reverb and delay, sprinkling them more than liberally over non-musical ambience. It’s a futuristic step forward, one mature and calm on the surface as it no longer resembles blown-out instrumental guitar flash from the seventies and eighties, the sound feeling more familiar to art galleries or sound design exhibits. Something made apparent with a little extra digging: Angad recently collaborated with designer Nisshtha Khattar on an audio-visual exhibit called Gentle Monsters, a collaboration revisited in the album opener ‘A’tuin’n’.

Nothing is swift on this record, the longest and shortest tracks clocking in at over twelve and three minutes, respectively. Angad soaks the lead passages in long delays; Loops that are loose, expanding and contracting, allowing brief sidesteps melodically to keep things interesting, rather than employ the rigidity of machinery. ‘Ode to the Sun’s is one such example. The overall sound on the record is where Angad and his production are most explicit, devoid of subtlety. Mixed to resemble dunking your head in a bucket of water thinking it’s the ocean, it’s a peripheral character meant to reinforce the plot of a movie that jumps storylines occasionally. Berar amplifies the space with additions of babbling brooks and birdsong. ‘Heartbeatofawig’, another from the singles released prior, is a little more synth-driven and is more than pleasant in its meditation.

The record sparks interest in excursions such as ’Shh..tele’s Zzz’ and the oddity ’12.9716 77.5946 1.4.20’. The latter has a semblance of a pulse, with Angad sitting atop it messing about with delay settings – although odder still are the aforementioned co-ordinates pointing to a commercial structure in Bangalore. The album’s lack of rhythmic centre is a matter of intrigue at first, eventually switching to one of fatigue, as the listener struggles to gain a footing throughout, wondering where they’ll be taken to next. ‘Mrs Lovewill Findaway’, the longest song on the record, is the peak of this fatigue, done in part by the runtime. It is a crushing bore but a great way to time a breathing exercise. Another nod to the overall underwater motif, the murky depths plunge further and further to reveal only darkness. Album closer ’Shh..tele’s Zzz’ has Angad put the guitar aside but keep the power on, static being the key instrument, like recurring waves to a shore.

Deserving of an outdoor location, yet not out of place in a new-age spa, the 8-track record comes armed with many incidental sounds of the great outdoors, a veritable nature’s basket that is plentiful and partially confusing. As an exponent of the ambient music genre, one built on the backs of synth sounds, Angad’s guitar is still a major player; A Broadcast, Underwater has the guitarist stack up more delays and reverb for repetition of a different kind. This is music without corners, housed in amoeba-shaped rooms, with doors that drop off into the blackness.

It takes time and effort to pursue independent journalism and we need your support to continue producing ad-free, unadulterated content that you would appreciate. If you like what we do, and want to see us do more of the same, please consider making a monetary contribution. You can choose any one of the options