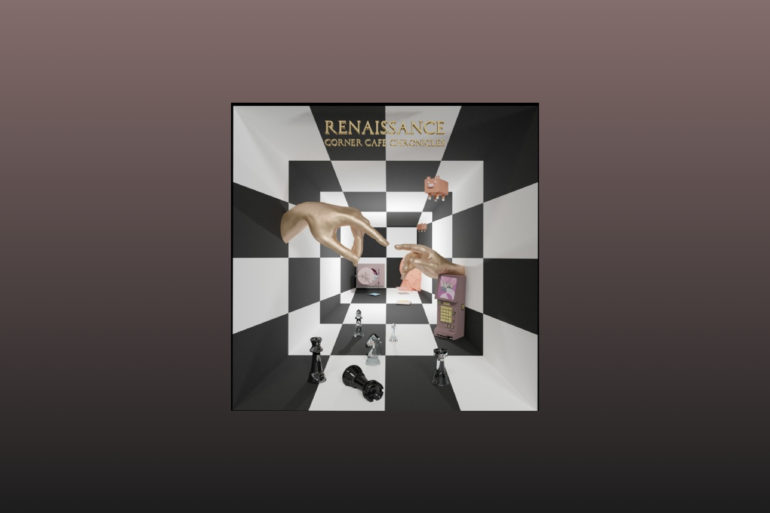 Corner Cafe Chronicles flatter to deceive in their debut outing

The singles ‘Midas’ and ‘Shapes’, released earlier this year, marked the commencement of an ambitious project by Corner Cafe Chronicles (CCC). Releasing a record in halves sounds exciting, so it would be really interesting to see what the second half entails. Dealing with themes of introspection, heady ideas of inherent morality and the constant push and pull inside our heads, Renaissance is a cornucopia of ideas; picked, sometimes pilfered. Sounds on the EP seem to be from all over: spoken word in ‘I.F. Only’ swimming in watery synths, bolstered by soaring guitars. The titular ‘Renaissance’ picks up the pace with a groove synonymous with a lot of Indian independent, labelled as “Funk”, a bit of a throwaway. It does switch gears, mellowing out into ‘Porcelain People’.

The album’s centre is a dirge of disconnection. Leading with more spoken word, this time it is delivered with greater purpose. A three-note passage repeats itself as the track builds towards a big flourish. Next in line, ‘Shapes’ has the group employing a drum machine, spitting out mechanical rhythms. The track, one of the singles mentioned earlier, features more blown-out guitars being pulled apart – part Sleigh Bells, part Load-era Metallica.

‘Midas’, the lead single, tugs the band back into what seems to be their preferred identity. While a good indicator of the band’s sound, this is perhaps the moment where they may have overstepped. It is everywhere – the production, the arrangement, even the aforementioned pilfering – and it’s in the extremes. The track is derivative, featuring melodies and ideas that are lazy, even dated. The influences are there for all to see, but it gets depressing when nothing new comes out of it.
That is the biggest gripe with this record. It is hardly a secret: everyone borrows. In another life, Led Zeppelin would be regarded as thieves, not in this one. They moved things forward with the bits they borrowed. The art of sampling is built on borrowing but also repurposing. Renaissance does have a collection of interesting moments – thoughtful lyrics that speak of real truths, guitars compressed to shit in the best way – it still doesn’t hide the laziness evident in the melodies and the vocal delivery.

A formidable and dependable live act, the band may have latched on to a formula to rope in more attendees. No doubt, this record will most likely sound great live, it appears to have been built that way. The slower songs are perfect for a crowd, with plenty of movement from soft to loud. However, they sound the same – psychedelic reverb-heavy intros followed by a meld of spoken word and singing, a guitar solo towards the third act. Not a lot to complain, those are good elements of a song. Shoehorning them into more songs than needed might be considered unnecessary.

While Renaissance is a study of introspection, it may make sense for Corner Cafe Chronicles to practice what they preach.