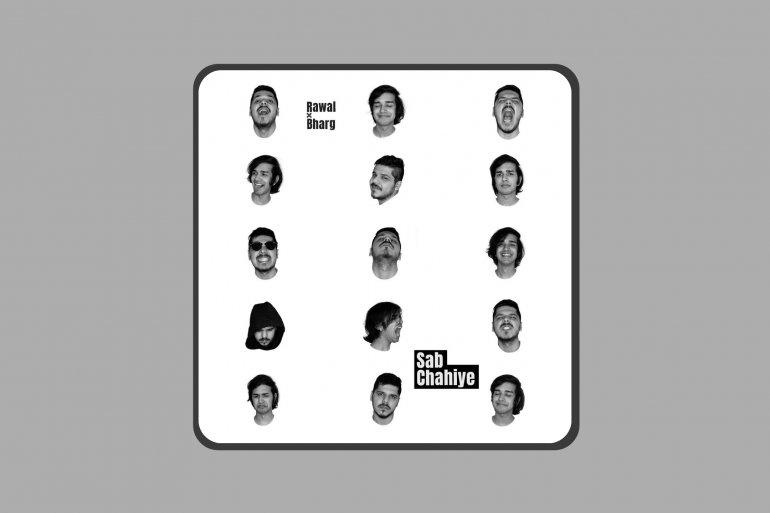 Meeting at a rap event in December 2019, producer Bharg Kale (who goes by his first name) and rapper Shivam Rawal (who goes by his last name) became friends and top of the agenda seemed to be releasing music. In Indian hip-hop, we don’t hear nearly as many cohesive rapper-producer pairings as we ought to, even as we’ve seen the success of everyone from Prabh Deep and Sez on the Beat for Class-Sikh in 2017 and Smokey the Ghost teaming up with Aerate Sound for The Human Form in 2019.

There’s well-woven rapport between Bharg and Rawal that came through on their buoyant single ‘Bachale’ in 2019 but it’s their debut collaborative album Sab Chahiye that really offers an insight of two minds (aided by many other star collaborators) running in all directions.

The producer-rapper duo run riot with a ton of help from friends – the slinky ‘Magan’ features Encore ABJ from Seedhe Maut, the intensely conviction-heavy ‘Lagaan’ with Calm, spectral pop with Darcy on the takedown of 9-to-5 corporate culture on ‘Naseeb’ and the lo-fi balladesque ‘Dikkatein’ with rap ace MC Kode. Adding even more diversity are love songs like ‘Khush Reh Tu’, featuring singer-songwriter Lakshay Khurana. It’s hard to believe there’s a clutter-breaking whistled pop song at the centre of a record like Sab Chahiye, but that’s perhaps exactly the kind of twists and turns Bharg and Rawal intended to take.

One of the mammoth punches they pull, undoubtedly, is on ‘Jungli Kutta’, which features Seedhe Maut’s Calm and snarling rapper Raga. It’s suitably explosive bars hitting one after another, showcasing real Delhi grit perhaps and how much these artists own and can own. Bharg and Rawal get an assist from none other than Sez on the Beat and rap star Ikka on the savage mode ‘Akkad Bakkad Bambey Bo’, which can easily crack the stratosphere if it gets the right kind of promotions.

On their own, minus the collaborators, Bharg and Rawal still keep things biographical (‘Baat Bangayi’, ‘Tagore Garden’), poignant (‘Aagey Aur Upar’) and confessional (‘Maut’). They employ a familiar, nostalgic hook on the charged-up, ‘Who Let the Dogs Out’, peppered with Spanish bars and some humor.

As striving as Sab Chahiye is in its intent – to dissolve genre boundaries, hip-hop styles, languages and subject matter that ranges from death to demonetization and corrupt systems – it’s still a demanding listen in many ways, starting with the fact that this is an 18-track, 43 minute trip. Bookended by mission statement-bearing songs ‘Sab Chahiye’ and ‘Chahiye Sab’, the warm acoustic guitar serves as an opening to the album, while flute-like melodies punctuate the future-soul closer, co-produced by Bharg and Kreon.