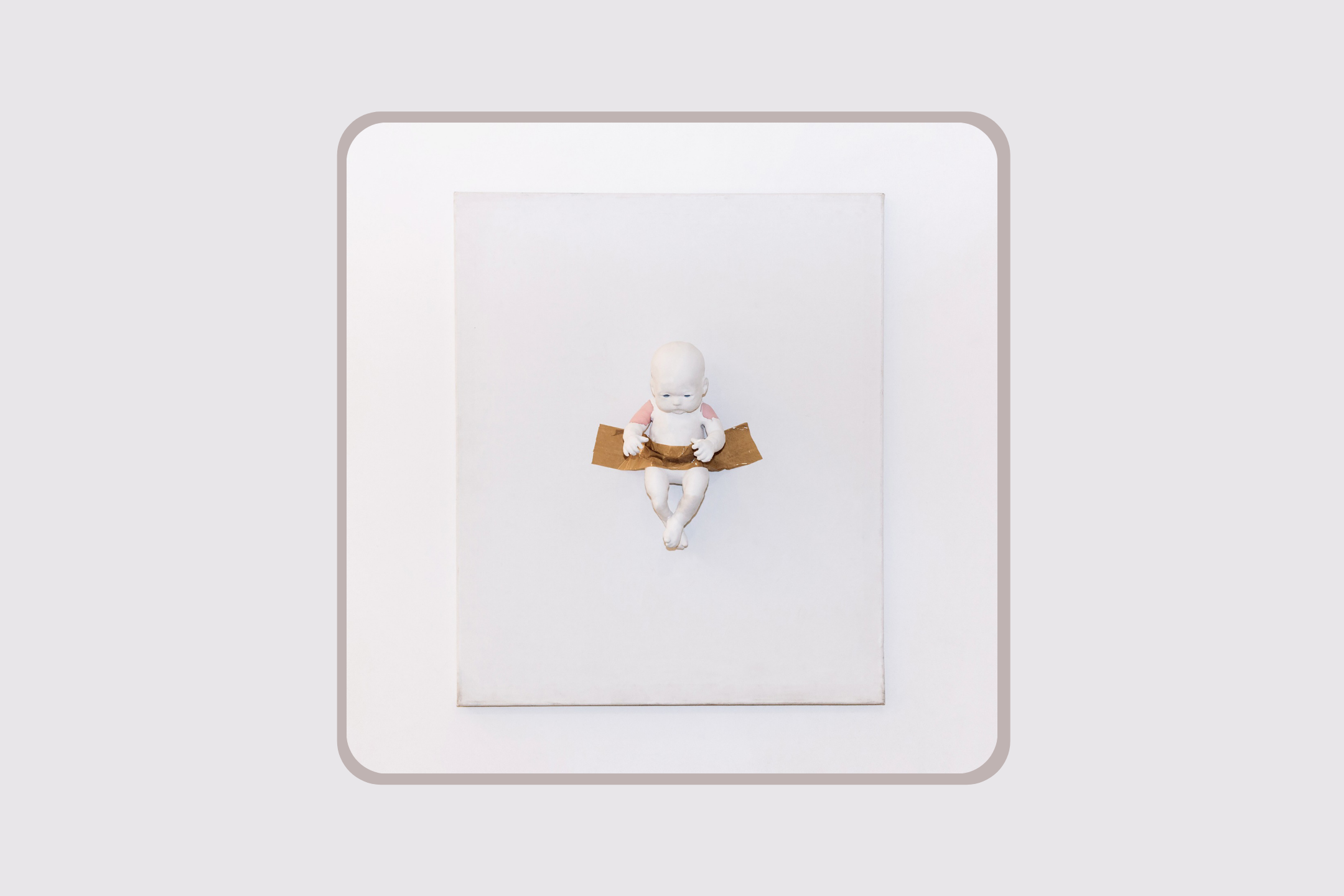 Many listeners were first introduced to rapper Rae Mulla by way of fellow Mumbai native chrms, when the duo teamed up on ‘Bone Soda’ for the latter’s debut EP. Between his deep register resembling Big Sean and Amine and OTT bars reminiscent of yesteryear Tyler The Creator, there was plenty to keep listeners hooked. But he spent the next year or so in relative hibernation, releasing an EP and a few loose singles like fan favorite ‘IKUL’ before joining acclaimed genre-bending neo-soul/hip-hop outfit SIXK.

Now, the artist has finally expanded his solo catalogue with lol, a five-track EP set to release as a digital record NFT via white noise, founded by fellow SIXK bandmate Hari Pilaka, nrtya’s Parth Taco, and famed indie artist Sajid Wajid Shaikh. In a sparkling return to form, Mulla grounds the irreverent songwriting that inform his previous work with fresh experimental energy. Themes surrounding hedonism and mental health have been a regular fixture in his lyricism, even in his work with SIXK. However, the juxtaposition of this silly, self-indulgent chaotic energy with an onslaught of casual vulnerability is entirely his own, and thoroughly enjoyable from start to finish.

His razor sharp quips on mental health detailing a range of colourful attempts at self-medicating are as dark as they are funny—a certified goldmine for Instagram captions. And the sensory overload of the first half skillfully mimics a dizzying cocktail of drugs. The high octane momentum of opener ‘Lithium 600’ spent riding on mind-numbing highs and the fuzzy breakbeat club-banger ‘Milkman’ do well to capture the rhythm of stumbling in and out of clubs on a night out.

For all his feverish rapping style, dynamic flows, and escapist energy, Mulla really hits cruise control with the closer ‘Ma I Spoilt The Espresso Machine’. In the first half, he brakes abruptly over a medley of sonorous keys, harmonies, and pitch-shifted chopped vocals, offering some of his best material on the record. These give way to verses on self-sabotage and his first love over the remainder of the stirring track, it feels all the more hard-hitting in the transition to a gently devastating female vocal refrain.

Unorthodox Maggi recipes, addiction, antidepressants, corruption, bullying, mani-pedis–you’ll find it all here, with Mulla flitting from one track to the next. Although this fits within the chaotic feel of the EP, it can feel tiresome for a first time listener just trying to keep up with seem like segues that arise from left-field. Like in the aforementioned ‘Ma I’ or in ‘BCom’ where he sharply swerves from an indictment of the broken schooling system to his pursuit of unavailable women. Such moments border on a rant, though vividly detailed and with plenty of quick wit and sharp wordplay on the table, what’s lacking is the breathing space needed to process what one has just heard.

The production by SIXK does well to lend credibility to the narrative of the unspooling thread, the trip that both Mulla and the listener are on, and the progression through the night as he continues to spiral. It’s an extremely clear journey as the wobbling grandiose beats of the hero track ‘Maggi’ give way to the suffocating languid energy and breakbeats of ‘Milkman’, finally arriving at the brief moments of comedown clarity offered by ‘Ma I’ and its arrangement. However, it sometimes plays it safe in its checklisting of trendy rap elements–be it the autotune and ad libs of ‘Lithium 600’ or the piano loop in ‘BCom’.

Even as Mulla leans into his raucous sensibilities, lol feels much more enduring thanks to the richer array of themes and complex storytelling, tight runtime, cohesive sonic palette, and distinct narrative arc. This time, he anchors his fiery one-liners within fleshed out storylines imbued with vulnerability and honest reflection.