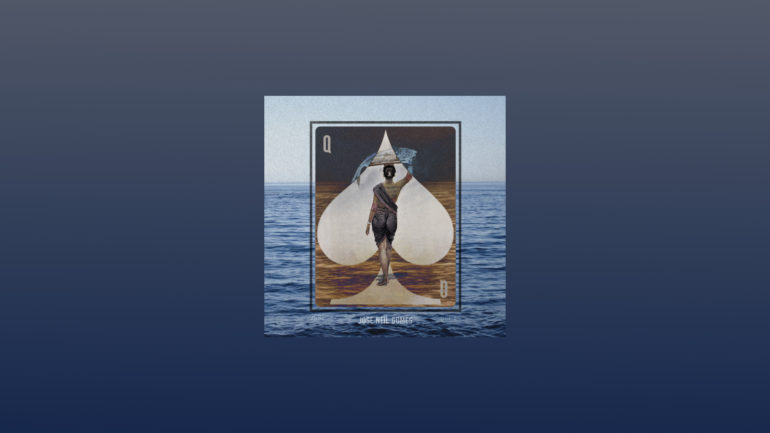 Multi-instrumentalist, producer, and singer Jose Neil Gomes is a musical polymath. He’s worked with commercial bigwigs including Kailash Kher and Sunidhi Chauhan among others and is part of a smorgasbord of indie outfits. Some of them include the West-African inspired Boombay Djembe Folas, jazz-rock band Hipnotribe, and his ambitious personal project, Stitch in Nine. That’s not to mention his international collaborations, which had him playing at some of the world’s most famous venues. Needless to say, his assorted sensibilities and diverse influences have produced a very eclectic sonic aesthetic.

He hones this style for his recent sophomore album, Queen of Spades (QOS). Gomes has been a wanderer all his life, making the project all the more special. “All the nostalgia attached to Goa, especially after having stayed away from it, is what creates the base for this album, and all the emotions it invokes”, he said in an earlier interview. Even though QOS is similar in intent to his debut album, Google Maps for Lovers (a love letter to Bombay), it has a much more pronounced, balmier feel.

I remember listening to Google Maps For Lovers in its entirety, in a seemingly endless cab ride across Bombay. It was the perfect companion for watching the city shapeshift outside the car window. With Gomes bringing together a host of voices, it felt maximal in a way that QoS is not. That said, his sophomore album retains the airy and textural production of its predecessor, but ups the ante on a wide scale. Even then, it’s modest with its 11 tracks, keeping it concise but much more personal.

With QoS, Gomes is gentler and more forgiving, in no rush to piece together a coherent output. The record is bookended by the skittering, groovy slow jam of ‘King of Diamonds’ which returns with a funkier reprise to close out the collection. Waterfalls of cascading vocals, warm percussion and snatches of autotune flesh out the psychedelic-tinged ‘Something Came Up’.

Gomes channels James Blake on much of the mid-section of the album. It comes out especially on ‘Pass of Showers’, sensorial stimulation at its peak, and ‘Sudhama Society’, a pulsing track reflecting on an icy lover. Just when the listener is couched in intimacy with Gomes singing in their ear, he switches gears with the standout ‘Turtuk’, a jittery dance-track that opens into a calculated break.

There are many other instances where he sidesteps listener expectations in the course of this album. And that’s where his craft lies, in knowing precisely where and when to throw them off. The transitions never feel jarring, being placed meticulously throughout the album. There are transcendental interludes, a la Erik Guffaz’s sublime trumpet playing in ‘Somewhere in April’. Further on, d&b banger ‘Sugar Coated Liar’ is a hidden gem that’s perhaps tucked too far down the tracklist.

His woozy vocals are used sparingly, and indeed are a stylistic choice, and the delivery perhaps contributes more than the words themselves. At the same time, these lyrics can be a tad too on the nose, at times and could perhaps use a little more complexity and nuance. Case in point, ‘Faces You Forget’ “there’s always oceans flowing, there’s always mountains moving, it’s out of my hands”.

Ultimately, QoS spotlights Gomes at his most self-assured, and delights for its sheer consistency. There’s never a monotonous moment in this offering, owing to the microscopic depth of detail that’s become standard in his work. The artist’s vast repertoire is enriched by QOS’s simultaneously insular yet expansive feel. Like nostalgia itself, its universe is somehow both tactile and elusive.