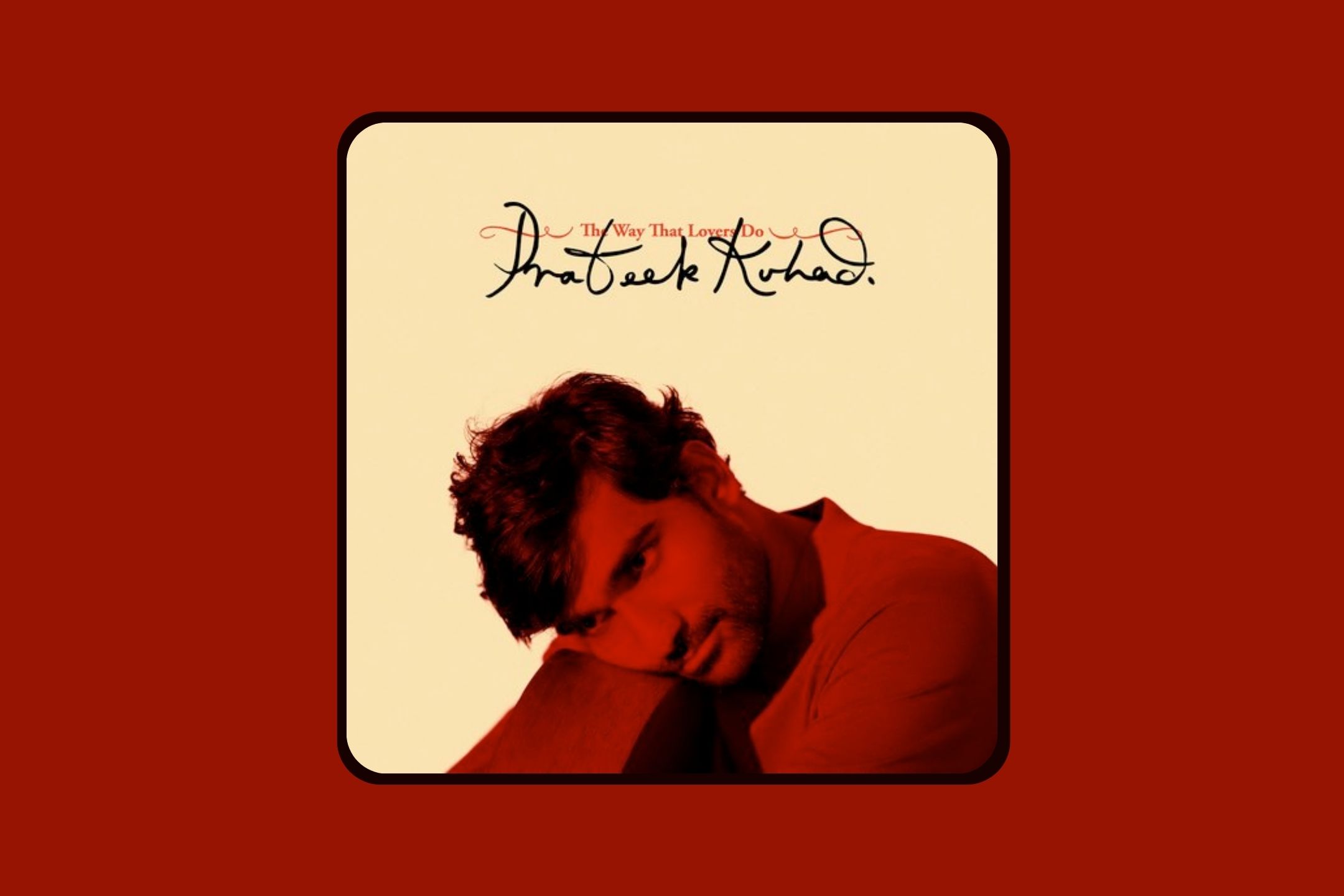 The year 2019 was eventful. Not only was it the last year I can remember having a “normal” year, it’s also when Barack Obama included ‘cold/mess’ to his annual favourite songs playlist.

A year later, during lockdown, something even more outstanding happened. My 53-year-old mother asked me if I knew who Prateek Kuhad was.

Turns out, my mother, who only listens (and that too occasionally) to Kishore Kumar and Lata Mangeshkar, had discovered ‘Kho Gaye Hum Kahan’ from a Bollywood movie released in 2018.

These two factors are proof enough to declare Prateek’s music mainstream as of 2022. He’s received both international and domestic acclaim, from two people with very high statures in their respective fields.

Prateek Kuhad has been associated with soft, acoustic romantic songs since his debut album In Tokens & Charms dropped. And to his credit, he’s really good at it.

The New Delhi-bred singer-songwriter typically shines on a song backed by a melodic piano or an acoustic guitar with minimal percussions, accompanied by lyrics that can be defined lovestruck at best, and sloppy at worst.

Over the years, Prateek has stuck to this setup; his albums and EPs repeat the same magic formula that has seen him shed the “indie” tag and move to the mainstream—first to Bollywood, and later, to Obama’s ears.

Which is why the first song—nay, first few seconds—of his new album, The Way That Lovers Do, made me double check if I was actually listening to a Prateek Kuhad album.

In the opener ‘All I Need’, Prateek starts with, “Would you, break away,” but with a distinct difference—his voice is autotuned. There is some piano (no longer grand, only digital) along with some consistent synth percussions (again, not a real drum set).

The next song similarly starts off, presumably with autotune, before you realise it’s a Roland or Yamaha digital piano accompanying the vocals. The song has a pleasant build up that leads to an underwhelming crescendo.

Ten minutes into the album, one thing is clear: Prateek is out to experiment with his sound. Presumably, he’s worried about being typecast. There isn’t a better example of that than the third (and best) track on the album: ‘Favourite Peeps’, a Brian Eno-inspired ode to the Prateek’s closest friends. His writing has matured over his relatively nascent career; the closing line, “Patience is fatal, but pain is not weak,” wouldn’t have found a place in Raat Raazi, his debut EP.

‘Co2’ feels like a grander, more polished version of early Prateek Kuhad, but sticks to the lovesick trope that made him who he is today. The autotune comes back out for ‘Face’, but accompanied yet again by refreshing, mature songwriting.

If you’re a fan of old sound, fret not: the rest of the album comprises Prateek Kuhad. Soft vocals with minimal synth and acoustics is his erstwhile bread and butter; he never misses with these songs. His songwriting, his vocals, his minimalist music arrangement—everything mixes really well.

Almost too well, in some cases. ‘Heartbroken’ sticks to the formula, but fails to deliver. If Prateek wanted to experiment, he should have made the synth sounds during the chorus louder, or added a full choir. A half-hearted attempt to mix these two styles leaves much to be desired.

A special shoutout to ‘Bloom’ and its subtly grandiose saxophone—give me sax and trumpets and mouth organs in everything. But that’s just a personal preference.

However, the closer ‘Full Time Lover’ is a disappointment. The arrangement, yet again, is minimal: Prateek only uses a guitar, bass, and violin for this song that lasts all of 1 minute and 35 seconds. He tries to make his voice sound sad, but it comes off as uninterested for the most part. It’s a sin that this was the closer — any other track would have made more sense.

Prateek Kuhad has laid out the way for Indian indie artists to get out of the perpetual quicksand that musicians often find themselves in. He’s found mainstream success, been on the cover of numerous Sunday brunch magazines, featured across multiple Bollywood songs, co-starred with a Russian model for his music videos, and even caught my mother’s fleeting attention.

He finally finds himself in a spot where he doesn’t need to worry about his fans’ constant approval. This is an inherently good thing, and he is making the most of it by making an Anglicised album like The Way That Lovers Do (as opposed to a mix of Hindi and English, where he’s found more mainstream success).

The production is spotless, and Prateek has grown leaps and bounds as a songwriter. His use of instruments like glockenspiel, viola, moog bass, and about a dozen different kinds of pianos is a bold step, but ultimately pays off.

From one hopeless romantic to another, I can only hope he continues on this path and explores himself further as an artist. If this album is any indication, he has a lot more success coming his way.