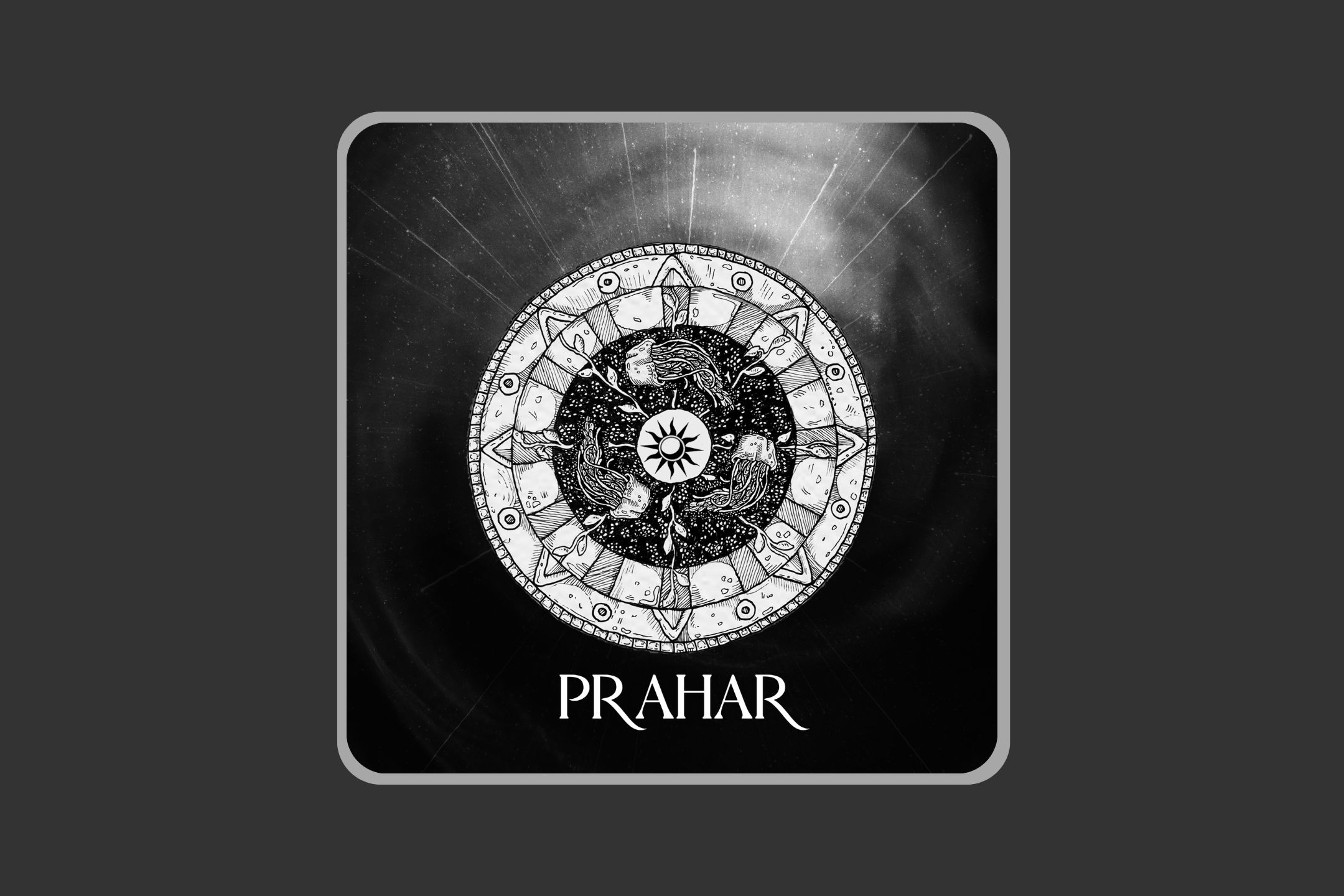 In May this year, a multi-genre group known as Safar Collective marked their first anniversary with a gig in Bangalore, hosting an all-day gig that started at 2 PM until well after midnight. Bringing together a total of over 20 visual artists and DJ-producers for a showcase that arguably shone a light on experimental, boundary-breaching art, especially from musicians who don’t exactly have instantly recognisable names in the indie space.

Don’t believe us? Take a gander at the producers who have contributed to their latest compilation, Prahar, which released on August 26. Visualsadhna, Owl Vibration, Pale Blue Dotter, Eyepatched, Mythopoet are among 19 music producers with one track each on Prahar, described as an “aural-visual experiment in studying the passage of time and its effect on the human psyche in the span of 24 hours”. It draws from the Indian classical music tradition of listening to certain types of melodies at different times of the day. The only seemingly recognisable name on the compilation is experimentalist Salty Prawn, a fixture in the electronic music circuit in India and having releases with labels like Boxout.fm and Nrtya in the past.

There are also nine pieces of visual art accompanying the music, which is equally worth focusing on while understanding and imbibing Prahar. Digital and mixed media art from Weshletters, Garima Katiya, Maianimation, Sykedahlia, Webkinks add a whole new dimension to the overarching theme of Prahar and it is most evident and distilled in its intent when producers themselves have created art for their tracks. Safar Collective founder I7HVN has a surreal desert island-inspired artwork that’s focused on a colour tone that makes it ambiguous about what time of the day it is—apt for his track ‘Insomnia’, which is a reflection of feverish, dystopian wandering.

Klpna, who offers the song ‘Hang’ for the project as a producer, delves in purplish hues and streetlight-like visual cues in their artwork. Calming and journeying all at once, this is the artist’s interpretation of the nth hour, complete with menacing sub-bass and rubbery synth. Klpna’s track appears toward the end of the album, which reflects the murkier end of things. Mythopoet comes in just before ‘Hang’ with his hypnotic, seemingly minimal drone track ‘Reverse Exertion’ and also provides a geometric kind of artwork. It’s introspective, about internal and external worlds and knowing the difference between perception and reality. The other artworks for Prahar give off bright, vibrating and mystical sort of visual hints, all of which does well to be a counterpoint to the music.

The producers incorporate field recordings in one way or another and once you keep that as context, it’s like listening to each artist pull on a sonic thread and unravel it all within their own styles. Visualsadhna has a menacing industrial/acid house vibe on ‘Ratri’, while Owl Vibration creates a din of somewhere outdoors on ‘Coldest Thoughts for a Weary Night’ and makes it acutely morose. Ezkape’s ‘The Sound of the Night’ samples cries of birds in what is aptly the dead of the night, warping percussive elements and atmospheric production.

The samples of bird calls continue on Pale Blue Dotter’s ‘Cuckooland’ and soundsbyxp’s ‘Disarray’, all of which adds to the journeying idea of Prahar. You get to hear different sonic treatments to similar elements in a sense, which can range from unsettling to euphoric, as is the case with Pale Blue Dotter and Soundsbyxp, respectively.

IKIGAI, on the other hand, jumps right into street sounds with ‘Depois Da Festa’, slowly opening up a synth pattern and then dissipating the beat. The energy only picks up wildly from there, with Eyepatched diving headlong into bass chaos with ‘Confusion’. Perhaps an ode to the urban sprawl that has most of us baffled, ‘Confusion’ is the one straight-up banger on Prahar that one may not have expected eight tracks into the album. Turqua takes the beloved, sometimes nostalgic train platform announcement for a sample as a jump off point for ‘Emerald Chase’, which is as good a successor we can get to ‘Confusion’.

Producer Father, Son & Alcohol taps into hip-hop style sampling and turntablism on ‘Chaat Stand Hopping’, slowly adding and subtracting elements for a trippy ride. Harvey Harrison digs into chill electronica which doesn’t miss the mark, while Ken Chiramel juxtaposes a variety of progressions with psychedelic organ-like synths and Indian classical vocal and traffic samples. It’s not exactly wildly experimental, but fits the vibe just right. Flies buzz around airy bell-like percussion on Aarav’s ‘Azan’, which is a proper topsy-turvy headphones-ready track. Aptly spiritual by the end of it, it measures up well right next to Ishan Mukherjee’s ‘Tamas’.

So by this point, we’re in the chill portion of Prahar, and it goes rightly get darker right after this, with Inkscape’s ‘The Last Hour’ sounding like a cinematic score straight out of a thriller. It might just change your heart rate, which is likely the mission accomplished. Subrro closes off Prahar with ‘Dispersion’, powered by bloops, more bird calls and a spiraling, echoey beat. As an audiovisual project, Prahar definitely ticks a lot of boxes about the potential of illustrations and sound together to convey a thematic message. Even just for the audio alone, although you’ve got 19 tracks, they may well be a good accompaniment to understanding ourselves through the course of 24 hours. Particularly if you’ve got your headphones plugged in.