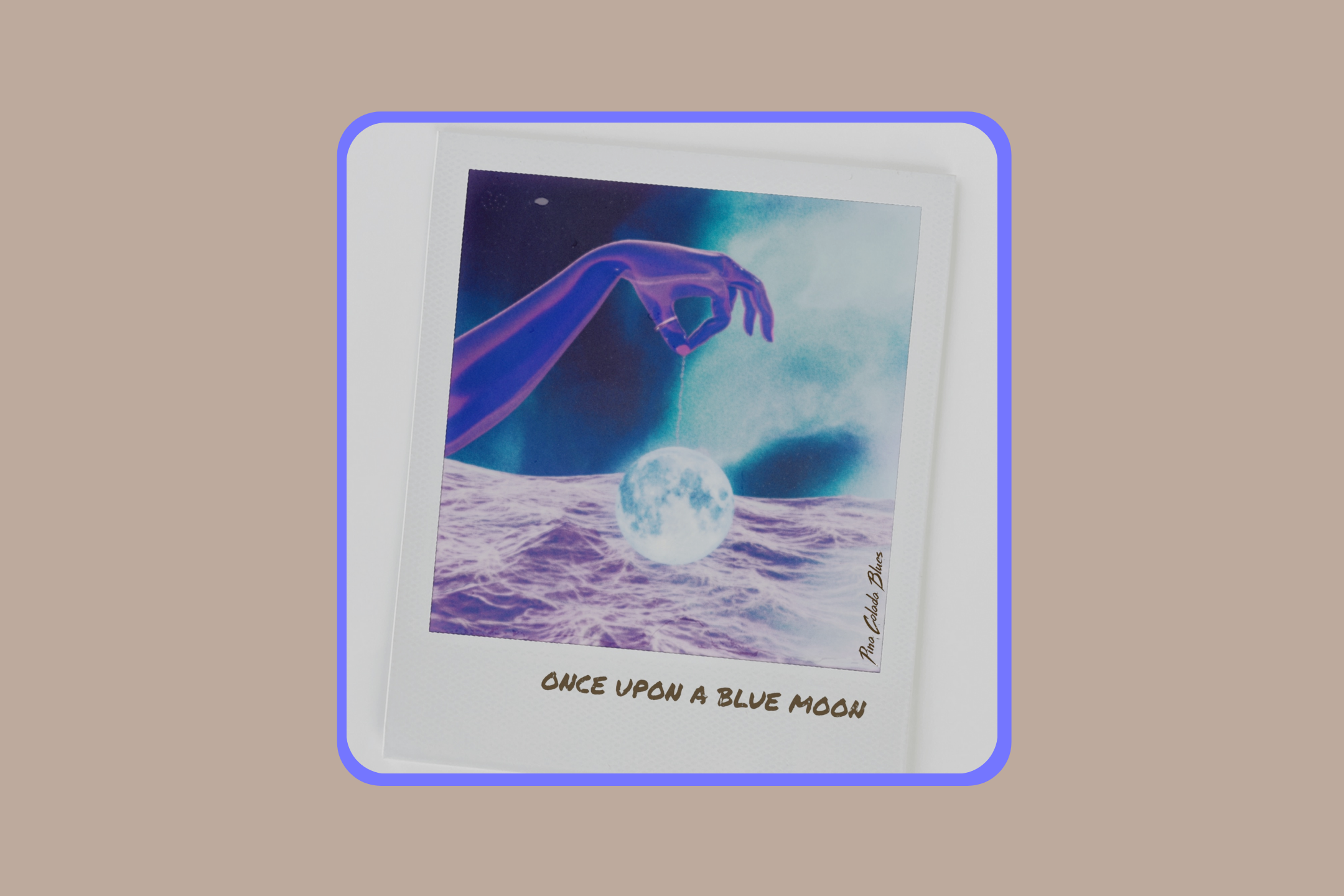 Pina Colada Blues’ Once Upon a Blue Moon is dreamy; but is it enough?

Take a dream-pop, electronica soundscape, and invite a slew of talented featuring artists to cast their brushstrokes and you’ve got Pina Colada Blue’s brand new album – Once Upon a Blue Moon. The Kerala-based producer made his return to the indie-pop music scene, armed with his first ever full-length album, and it is a cinematic affair from start to finish.

Speaking of the album, Pina Colada Blues aka Kevin, explains, “This is a chill indie electronic pop album fused with a lot of genres including lofi, pop, trap, [and] Indian fusion.” That description holds true of each of the eight tracks on this buzzing release; a fizzy cocktail of happy-pop genres. Thematically, the album explores the lifespan of a relationship. Kevin says, “The album portrays a story of a relationship from its inception to its end and moving on.”

The album features seven tracks in Malayalam, and one in Tamil. But language aside, they all fall into one bracket – moody. Once Upon a Blue Moon is a catalogue of heavily produced lo-fi tracks that are reminiscent of the “dreamy” aesthetic that has taken over many corners of the internet these days.

Melodic vocal arrangements take their form in tracks like ‘Mazhayi’, ‘Omal Poove’, ‘Akalakayo’, and ‘Ee Vazhiye’. Fiery, passionate verses in hip-hop arrive on ‘One Side Kadhal’ and ‘Kamuki’. But it’s the final tracks on the project that really stand out, disrupting the familiarity of pop offered on this album for the most part. ‘Thenale’ and ‘Pularikal’ feature experimental production and the rise and fall of orchestral tones which will surprise you with every bar.

Now, while the album runs ripe by ways of consistency, that also stands out as one of its downfalls. Once Upon a Blue Moon is a pleasant listen. But, a few tracks in and you can be sure of what to expect. This collection, while it paints a pretty picture, falls short on the necessary inventiveness to properly distinguish one track from the other and doesn’t entirely tap into the thematic potentials of the storyverse the artist set out with.

It’s moody, sure, but it sways only in the pleasant realms of one or two moods, never really, fully breaking into the no-holds-barred territory this album could have easily accessed, if the last two tracks are anything to go by.

The basis of every musical exploration – what works and what doesn’t – is set by each individual listener, and rightly so. And in that respect, aside from offering a cinematic sonic landscape, Once Upon a Blue Moon opens the door to Malayalam pop music with slick ease. It’s accessible; it accommodates you. So interestingly, while the album is, maybe too consistent, it intelligently poses the question of whether consistency is key in this case.

Combining the aesthetic charm of every lo-fi, indie mix out there and the artist’s own purpose, Once Upon a Blue Moon is a sincere effort. Seemingly, it’s got something for all those who enjoy the dreamy soundscapes of lo-fi, indie pop. But, maybe, Pina Colada Blues has just about scratched the surface with this one, with uncharted territory yet to be explored.