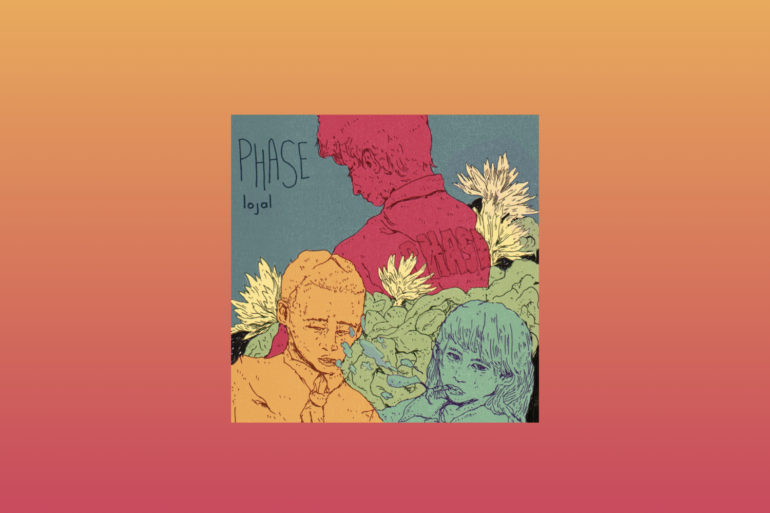 Lojal offers a deep dive into his psyche on ‘Phase’

In the course of eight songs and 26 minutes, Bengaluru-based multi-instrumentalist and producer Martin Haokip aka lojal (pronounced “loyaal”) offers a glimpse into his scattered, urgent and important thoughts about life, faith, mental health and relationships on his debut album Phase.

Co-produced, mixed and mastered by engineer Nisthula Murphy in Pune and Mumbai, Phase is described by lojal as a “montage.” The artist, born in Manipur with a stint in Shillong before arriving in Bengaluru last year, deals with a lot of experiences in a short span of time, packing it all in with dark hip-hop, soul, R&B and more.

Phase comes across as a journey that gets pretty damn intense, but by then you realize you’ve quickly tumbled down the sonic rabbit hole even somewhat unwittingly. After all, Haokip doesn’t offer any warnings. “I’ll be going on, you can tag along/Be the Friend I talk to when I’m trippin’ off my zone,” he sings wistfully on the cinematic, spacey opening track ‘lojal’? Carrying forward just a hint of that synth line, lojal draws out a lot of eerie melodies to create a chilling atmosphere, clearly signalling that all is not well inside his head.

If you’re a fan of Frank Ocean, Bon Iver and generally form-shifting hip-hop, Phase might just be for you, but it’s by no means a comfortable laidback listen. Haokip sings on ‘9’ – “Turn in on your deepest fears, you armed yourself and let them near/Those shadows that won’t disappear, you’ve been around for ’bout a year.” Rapper HanuMankind turns up to take the mic to offer some structure with his verse, but the track turns into a frantic bass-heavy barrage before subsiding back into a somewhat intentionally hapless confession. With another rapper, Banrap Lyngdoh on ‘Let Down’, there’s a choral, ambient hip-hop direction and a downcast synth-horn lead for the main melody. It’s overall perhaps the most cohesive offering, maybe intentionally so, because it feels like at this point in the record, lojal is getting his shit together, seeking answers in faith.

Reeling from the disappearance of someone he cherishes, lojal begins to look at things as just a transient phase, even if he’s in a mess. Songs like ‘Apex of This Life’, ‘I’m Gone (You’re Home)’ and the title track are arguably presented as the centrepieces – a distinctive style that makes it a bop but offers an uncomfortable amount of introspection (like when lojal confesses to having suicidal thoughts, or extols, “Depression is a bitch but damn, She a Queen”).

Phase is for a sad slow dance late at night, given how much the music swerves in and out of hip-hop banger beats, murky ambience and groovy rhythms. Lojal is a completely different mood when it comes to his live shows and this record is certainly a different interpretation. In his loneliness and accrued wisdom, lojal lives and learns, perhaps hoping that anyone going through anything similar can turn this record on and find a message or two. It’s deliberately a difficult listen on the whole, but Phase has its charm in being openhearted.