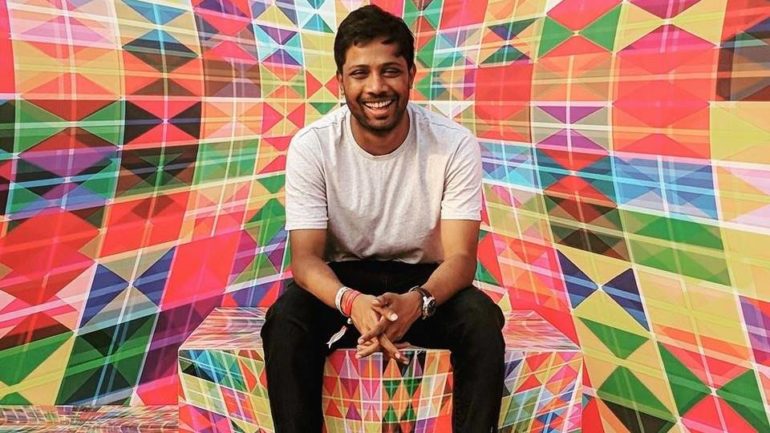 Pavan Gaikwad’s work has the Midas touch of warmth. His voice is eager yet earnest. His songwriting is wholehearted. The Mumbai bred musician started off playing open mics across the city early last year. Having received a seal of approval from his audience regulars, Pavan has ever since pursued his musical career with a renewed passion. His influences include Erlend Øye, Jack Johnson, Kings of  Convenience and other artists of the like.

Doused with acoustic guitars that hum and swell with your heart, Pavan Gaikwad brings to us a 4-track EP neatly gift wrapped with imagery. Zaraasa is also Pavan’s debut EP. With four tracks performed in Hindi, the album succeeds in capturing a slice of the zeitgeist, emotions that accompany love and courtship in today’s time and age. His debut, though modern, plays to a theme that is universal and timeless. “The songs on the album are all written in retrospect, expanding upon a single moment in time, a brief, sometimes, a chance encounter,” he says.

The EP has been produced by Chaitanya Pandit who happened to take up music production as a full-time profession around the same time as Pavan’s deep dive into a musical career. The amazing Pushkar Joshi has played the drums on the song ‘Zaraasa’. Sneha Tirpude and Gauri Shetye have lent their skills for all of the photography and artwork involved.

The EP’s four tracks are in the same vein with respect to melody but marked in their different tempos and lyricism. Pavan mulls over the mundane, his musings are relatable and raw. ‘Shaam’ has got the best melody of the EP. It transitions over and over across the breadth of the track whilst pandering to images of love, laughter, youth and life.

The titular track is a sweet song of courtship, smiles and wooing. In ‘Tum Aur Main’ the instrumentation complements Pavan’s voice with a congruence so fitting, they’re almost too difficult to separate, more for a lack of intent versus an inability to. The final track, ‘Berang’, is light but lingers on.

A laudable take on a monsoon romance, Pavan parlays his sincere and buoyant renditions for a little bit of easy breezy feel good. It’s a textbook recipe, but one that’s been executed delicately.