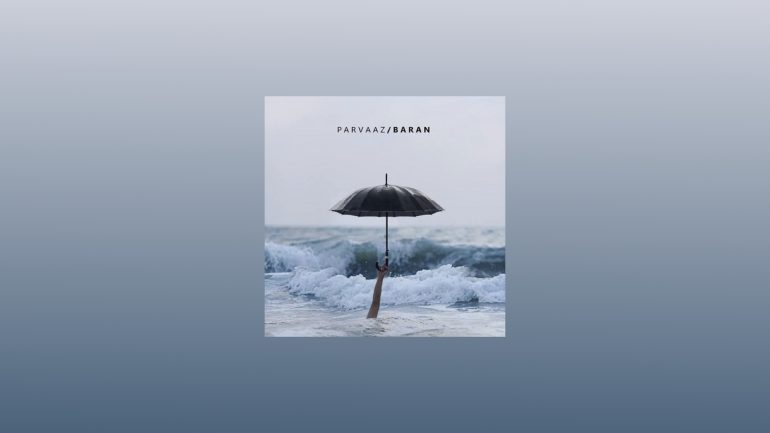 It was only in 2010 that childhood friends Khalid Ahamed and Mir Kashif Iqbal would acknowledge their shared desire to make music that spoke to their souls by starting what we know as the legendary Indian prog quartet, Parvaaz. There were a few lineup changes in the early years but Parvaaz, as we know them today, consist of the incredible vocal acrobatics of Khalid, the guitar virtuosity of Kashif, Fidel D’Souza’s undeniable presence on the bass and Sachin Banandur’s percussion which forms the backbone of their sound.

And it made sense – Khalid and Kashif spent their formative years in Srinagar, imbibing Sufi and Kashmiri folk music that went on to lay the foundation for what they would create years later. Over time, their musical tastes broadened as they were clearly enamoured by the bold and progressive sounds of bands like Pink Floyd and blues music.

Armed with a steadily growing fanbase in Bangalore through the college music circuit and solid EP, Behosh, the band went into Nathaniel School of Music in Bengaluru with Behosh‘s engineer Jason Zachariah to record their debut LP in 2014, Baran. The following they had amassed was enough for them to raise 2.5 lakhs through crowdfunding and donations to record the album. The sessions were also graced by multiple well-known collaborators including guitarist Ramanan Chandramouli from Blushing Satellite and guitarist Michael Anthony Dias from Mad Orange Fireworks.

Before even having an album out, they would record 13-minute songs with long Floydian instrumental passages without flinching at the prospect of underselling. These instrumentals would blatantly steal ideas from other progressive rock songs like Pink Floyd’s ‘Sheep’, even though they are well aware that most people who vibe with their music are bound to be Floyd worshippers. To Parvaaz, these minutiae mattered not in the face of what was really important. If the music was good and their vision was personally invigorating to them, nothing else mattered.

That 13-minute song became the title song of the record and the base of what the album would evolve to become. “Baran” means “rain” in Persian and the song, which shows up in the midpoint of the tracklist, is a long, sprawling track with more instrumental changes than you can keep track of. There are also samples of Martin Luther King’s “I have a dream” speech thrown in for good measure. If you had bought into their aesthetic in the first few tracks, you are in for quite a ride. However, the band also runs the risk of turning some people off on repeated listens, as the song tends to sound like you tried out all the flavours at an ice cream parlour without settling on a particular one.

Nevertheless, the band do make it easy to buy into their sound and style with the stellar opening tracks, ‘Beparwah’ and ‘Ab Ki Yeh Subah’. The former of the two ended up being their breakthrough hit, thanks to it being their most pop-centric track with a beautifully shot music video. The pounding kick drum, driving bassline, expressive solo and amazing vocal performance make it a great opener. The lyrics seem to lament the superficiality of this chaotic world using cryptic allegories and metaphors, which invariably become the foundation of basically all of their songs.

The following track, ‘Ab Ki Yeh Subah’ stands as one of their most enjoyable and interesting songs mainly due to the violin played by Sanjeev Naik from Swarathma. In this song, he yearns (a tad unrealistically) for a world where there can be no disasters. This trend is basically embodied everywhere on the album with tight performances and visceral, gut-wrenching displays of talent and emotion, particularly by Khalid. ‘Ghaib’, being an acoustic cut features easily his most jaw-dropping vocal performance.

The band shows off their eclectic tastes on the two closers, ‘Fitnah’ and ‘Ziyankar’ with the tasteful incorporation of saxophone player Seth Malloy, which end up being the happier cuts on the album. The atmospheric ‘Gul Gulshan’ uses the metaphor of there being desolate gardens and torn roses even if by a miracle we manage to bring spring upon ourselves. The sparse acoustic ‘Roz Roz’ acts as the intro to Baran and seems to point to the fact that your fate and your life are in your own hands and you are your own affliction.

Six years after its release, Baran remains relevant and potent without losing a step. In retrospect, it is clear that many of the grand and conscience-spanning sounds and themes that they explored so well on their 2019 follow up, Kun was still in their nascent stage, just waiting to be nurtured. The album reeks of passion and pure artistic expression before the band members could even look in the mirror and give themselves that tag. Baran is a record that was born out of perseverance, talent and most importantly – engaged fandom. It absolutely deserves its place as a timeless classic in the Indian indie pantheon.